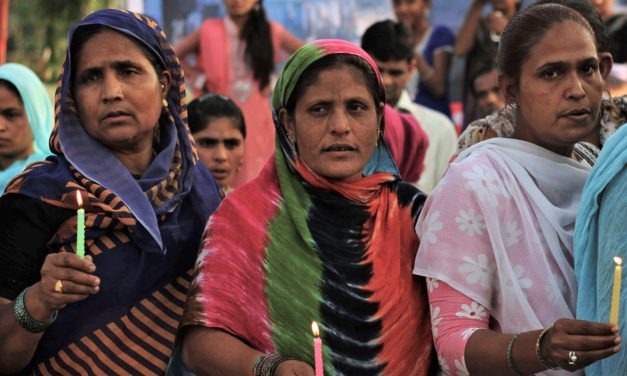 There is no end to the atrocities unleashed upon minor Hindu girls and Hindu women in Pakistan. And their voices were never heard on any of the international stages.

Experts from the United Nations voiced their grave concern on Monday (16 January) regarding the alarming rise in the number of kidnappings, coerced marriages, and forced conversions of minor girls belonging to religious minority communities in Pakistan. These atrocities are taking place in Pakistan.

What did the UN Experts Say?

“We urge the Government to take immediate steps to prevent and thoroughly investigate these acts objectively and in line with domestic legislation and international human rights commitments.”

The experts pointed out how the girls are forcefully abducted at a very minor age and married after being converted to Islam. However, the legal system of Pakistan is so wretched that there is no complaint registered or plea accepted. They added,

“Pakistani authorities must adopt and enforce legislation prohibiting forced conversions, forced and child marriages, kidnapping, and trafficking, and abide by their international human rights commitments to combat slavery and human trafficking and uphold the rights of women and children,”

Hindu Girls Under Attack in Pakistan

Hindu girls are the biggest victim of religious crimes against Hindus in Pakistan. They are the voiceless and most harassed section. Child trafficking, rape, abduction, forced conversion and then forced marriage are all the representation of medieval slavery. But this heinous crime is going unnoticed by the world because for them Hindu lives actually do not matter, and they get short of words whenever these crimes are to be condemned. What is happening in Pakistan is Hindu Genocide, not a general crime.

It is almost a daily occurrence with minorities in Pakistan being kidnapped, forcibly converted and married to a Muxslim man.
+ pic.twitter.com/4bkxtDRSWU

It is a welcoming move that now voices of Hindus are raised in United Nations and in future it would be expected from Indian government too that they would give a great push to the situation of Pakistani Hindus on international forums.

But this genocide needs a proactive resistance from Hindus, Hindu authorities and Government of India, because they have no other people of their own.