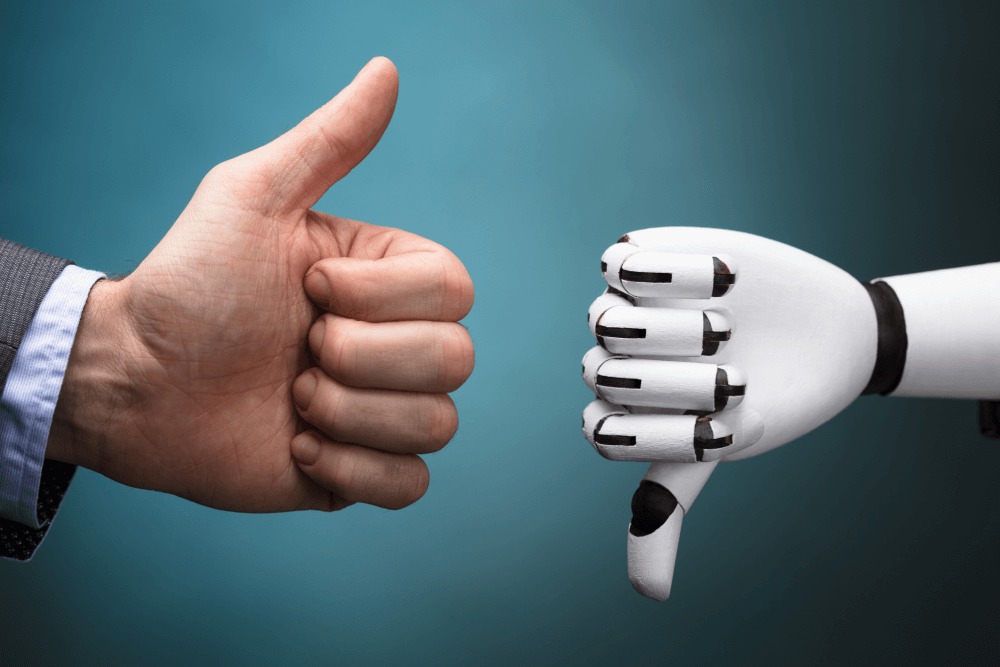 It is an established fact that China uses civil military fusion to develop intelligence. It is often reported that Chinese mobile phones which are freely available in India pose a threat to national security. It is said that the mobile phones provide the big data needed to develop AI based predictive models. However it is not largely understood how all this happens. For most of us AI , big data, data theft, intelligence collection et al are imaginary issues. One does not comprehend it. We think we can deal with the threat when it manifest. Let me tell you without any ambiguity. The threat is clear and present and it is at our doorstep. This article attempts to explain these far away and highly technical issues in a layman’s language. To start , let us answer three basic questions – Can mobile phones be used to collect big data? How does big data assist AI? What kind of big data is obtainable though mobile phones?

Can mobile phones be used to collect big data?

How does big data assist AI?

Big data is a crucial component of many artificial intelligence (AI) systems. AI algorithms are designed to process large amounts of data and learn from that data in order to make predictions, recommendations, or decisions. In order for these algorithms to work effectively, they need access to large amounts of high-quality data that is relevant to the task at hand. By providing AI systems with access to large amounts of data, big data can help improve the accuracy and performance of AI algorithms, allowing them to make more accurate predictions and better inform decision-making processes. Additionally, big data can be used to train and fine-tune AI models, allowing them to become more effective over time. Overall, big data plays a crucial role in the development and application of AI technology.

What kind of big data is obtainable though mobile phones?

Mobile phones generate a large amount of data, including user location, app usage, and device settings. This data can be collected and analyzed to gain insights into a variety of topics, such as consumer behavior, transportation patterns, and public health trends. Additionally, mobile phones are often equipped with sensors that can collect data about the user’s environment, such as temperature, humidity, and ambient light levels. This data can be used to create detailed profiles of individuals and their daily activities. Understanding The Advent of Not So Costly AI

These seem perfect answers to questions posed. However these are not mine! These are generated by a large language model trained by OpenAI an US based firm developing AI at scale (screenshot above). Presto! Welcome to the world where AI can generate such responses and these are available to all of us on the internet openly at the click of a button. You could go to http://openai.com/, sign up, get to http://chat.openai.com/ and key in the questions to verify the output. You could also ask – what is Bharatnatyam and you will get the answer ‘Bharatanatyam is a classical dance form that originated in the Indian state of Tamil Nadu. It is a highly stylized form of dance that is characterized by its intricate footwork and graceful movements. The dance is typically performed to Carnatic music, which is a traditional style of music from South India. Bharatanatyam is known for its expressive gestures and poses, which are used to tell stories and convey emotions. It is a popular form of dance in I India’. How has this been done?

When I inquired, it was told that OpenAI has developed a digital repository of English language writings based on hard and digital copies of current and archival sources of all forms of newspapers, blogs, academic articles, books, articles, research papers, wikipedia, encyclopaedias, Encarta, dictionaries et al. Any written English text on any subject has been just swept into the system. It is a humongous amount of data collected from myriad sources including the internet using all search engines. This data is in the order of petabytes (1 petabyte = 1024 terabytes). This large amount of data duly manipulated has been developed into a language model which can answer questions on subjects as diverse as about Bharatnatyam to Big Data in well-constructed syntax with logic and is available to all of us on our mobile! BTW, the image below is machine generated from https://www.craiyon.com/ when I keyed in the words Chinese AI and India’s National Security. Simple, advanced and frightening from many points of view, but I will stick to India’s security for now. The next question is what does it take to store and handle such large data and convert it into intelligence? From what I could gather, if one buys 100 of the latest Apple-Mac desktops and with some extra data storage, one has the wherewithal to develop a subject specific  AI model like the one OpenAI has developed. What is more important is that,  it can be developed/changed and deployed into a utility for a purpose far beyond a large language model trained for harmless purposes. In fact one can develop a lethal model to be used for security purposes with the human resources which are available in society. A back of the envelope calculation indicates that the cost to build a basic AI system for military purposes, give and take some change, will be  around a million US dollars. That is affordable by any half-hearted venture capitalist in Silicon Valley or even in India. Just think what China will be able to do with the resources available to it? Do not forget, China is the leader in AI and Mr Xi Jinping is betting big on AI to ‘intelligentise’ the battlefield.

The next question is how does this connect with Chinese mobiles and India’s national security? The Chinese mobiles provide the big data that is required for machine learning in order to develop AI for a specific purpose. How is that developed? Let us understand it with a simplistic model in which AI can be  developed and deployed to predict the cost of a house in 2023 based on unit costs as well as input costs in 2022 and 2021.

The cost of a house could be either the unit cost when bought as a whole or the sum of input costs which go into making the house. For this example,  consider that these input costs are  limited to land, labour, material and inflation only.  In Stage 1, these costs for 2021 and 2022 could be fed individually or in an integrated form to a AI platform/machine and run though programs based on mathematical algorithms. These could be linear, non-linear or logarithmic predictive models. The output would be the predicted costs of a house in 2023 within a upper and lower limit in a band. The output would also contain a margin of error.

In Stage 2, the predicted costs of the house in 2023 and the margins of error are looped back into the machine and run through with basic inputs as earlier by the machine to get refined and probably more narrowed down costs for 2023 with reduced margins of error. The machine is learning to come up with a predictive cost. However the output is still not reliable  since the inputs are limited. Hence let us look at the next stage.

In Stage 3, big data of unit costs and input costs of houses for 2021 and 2022 is induced into the system. The machine has now got a larger database work on and the predicted costs of 2023 which are obtained thereof are far more reliable than in Stage 2. The machine and the programs have learnt to handle big data at this stage and have come with artificially intelligent solutions. If one increases the range of input parameters and runs it with varied algorithms one can get a range of outputs. This is the basic model to understand how a AI system works with big data. If the input big data is from a never ending stream of mobiles, the output could be frightening. Let me also clarify that a AI specialist will have much more to say and can shoot holes in my model. However the intent is to convey the principle.

If the AI system has inputs from fitness related apps in smart phones and also the heat maps, optical sensors, synthetic aperture radars and other digital inputs of Army installations from satellites, one can get an accurate layout of any military establishment and also get  to the intent of its personnel. This has been highlighted in an article in the business insider where a map of fitness tracker data may have compromised top secret US military bases around the world. A picture from that article is reproduced below. 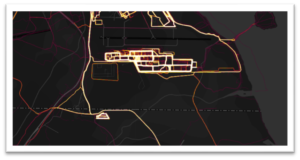 The net-net of this story is that AI systems have come of age. They are not at all costly for a nation like China which is betting heavily on AI. Many Chinese smartphone manufacturers are part of China’s civil military fusion strategy and can be expected with a fair degree of certainty, to be programmed to send back data. The sales and penetration of Chinese smartphones is pretty deep in India including in military circles. China is investing heavily in its space program and spy satellites. Data sovereignty laws will not prevent data from flowing out to China. something more needs to be done. Lastly there should be no doubt that the LAC though stable is unpredictable. Afterall our Army Chief has said so. Xi Jinping wants to win local and regional wars in an ‘intelligentised’ battlefield as per his own statement in the 20th Party Congress. I hope the NSA, CDS, Service Chiefs are scratching their grey cells to counter this threat. The least they can do is ban all those in service in uniform and in sensitive appointments and locations from even owning Chinese mobiles.

India…do you want to still use Chinese mobiles? Be China’s guest, not mine.

Oh BTW, club this capability with cyber attack on AIIMS Delhi and you realise India’s predicament !