Reality of the Sufis 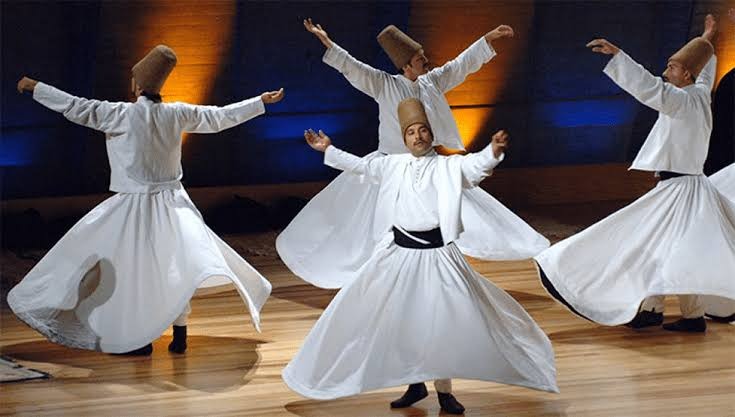 With the recent incident of Gautam Gambhir, a BJP MP from Delhi visiting the famous Dargah of Ajmer, a new row has sprang up. However lovey-dovey they sound, Sufis are the biggest perpetrators of violence against Hindus in the Indian subcontinent. The misleading attitude adopted by the political leaders is just to appease the modern Muslims and modern secular Hindus. However, they are neglecting the truth of Sufis which has been told again and again in the recent past.

Whenever you are humming and grooving on the tune of “Chaap Tilak sab cheeni, tose naina milaike…” remember the truth of Sufis exposed in this article.

Sufis the pioneers of Conversion

Sufis were divides in many silsilas and orders and they had impact on different parts of the country. While the swords were not able to convert they used the soft power, of Sufis. The peaceful aura created to penetrate between the common people and diminish the relation between the brutal Islamic rulers and the victim Hindu populace, was the strategy behind the spread of Sufism.

This is an excerpt from Ahmed Sirhindi, who was a prominent Sufi but is venomous about Hindu Dharma, to the core.

“Before that kãfir [the extraorindary sacrifice of the Sikh Guru Arjun Deva] was executed this recluse [meaning Ahmad Sirhindi] had seen in a dream that the reigning king had smashed the skull of idolatry. Indeed, he was a great idolater, and the leader of the idolaters, and the chief of unbelievers. May Allah blast him!”

“When the armies of Islam rode roughshod over the Hindu homeland, the swordsman of Islam was very likely to relax and retreat from callous carnage after some time. He was likely to get satiated after the first few rounds of slaughter and pillage, or feel some sympathy for fellow human beings, or balk at the destruction of beautiful temples and monasteries, or turn away from burning the sacred and secular literature of non-Muslims, or acquire respect for the spirituality and culture of a people who had behaved so differently from his own comrades-in-arms. It was the Mullah and the Sufi who would not let him relax. They threatened him with hell if he tried to turn away from the work assigned by Allah.”

Shah Walliulaah who was an Islamic theologian and Sufi, had written a letter to the Afghan ruler Ahmed Shah Abdali to invite him to invade Bharat to establish Islam with all its might.

“It is your majesty’s bounden duty (farz-i-ain) to invade Hindustan, to destroy the power of the Marhatahs, and to free the down-and-out Muslims from the clutches of non-Muslims. Allah forbid, if the power of the infidels remains in its present position, Muslims will renounce Islam…”

From this excerpt it is very clear that Sufis were never able to digest any influence of Hindu rulers over the country, they were persistent in their actions to Islamize Bharat as the time arises. Whether using a sword or a song!

The culture of Dargahs, majaars, peer-babas and Urs is specific to Indian subcontinent, any other Islamic nation do not perform such buffoonery. And why so? Because Hindus are the soft-hearted people, while swords are not able to completely get them converted, Sufis can approach it by a middle path. First make them a peer-baba lover and this will infuse Hindu with secular love of lovey-dovey Islam and then Hindus can anytime be melted into a dhimmi or Muslim.