Tribute to the Kar Sevaks – The Kothari Brothers 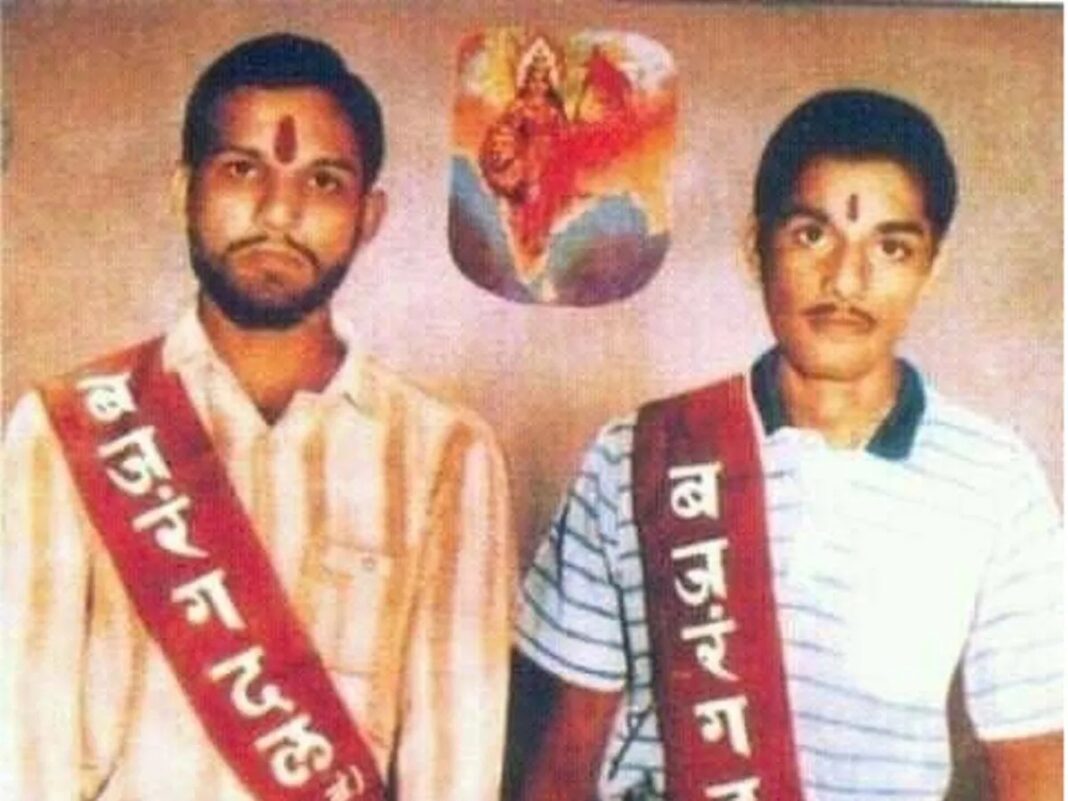 The Hindu devotees around the country have waited with bated breath for the construction of the Ram Mandir in Ayodhya and the Supreme Court’s decision of November 2019 finally brought the much-awaited joy. While the victory on this journey is recent, its foundations were laid by the Kar-Sevaks, who had marched down and defended the sacred land of the Ram Janambhoomi thirty years back. It is time to revisit their valor and potent. The Kothari brothers were one of the Kar-Sevaks who laid down their lives for the construction of the Ram Mandir.

Initiation to the Kar Seva:

Siblings Ram and Sharad Kumar Kothari travelled from Kolkata to Ayodhya in October 1990 for the kar seva. On October 30, 1990, they took part in the kar seva in Ayodhya as a part of the initial group of kar sevaks. The police shot both of them dead at close range while they were completing the kar seva two days later, on November 2. Sharad was only 20 years old and Ram was 23 when they were assassinated. Hindus all around the nation were incensed by the Kothari brothers’ murders, and they regarded them as the martyrs and heroes of the Ram Janmabhoomi cause. The deaths in the 1990s attracted a lot of young people to this movement.

The Ram Temple was proposed to be rebuilt at the Ram Janmabhoomi site by the Vishwa Hindu Parishad (VHP), Rashtriya Swayamsevak Sangh (RSS), and Shiv Sena in September 1990. With L. K. Advani leading Rath Yatra and the VHP organising people to the location, the situation grew tense. Under Mulayam Singh Yadav, the state administration promised protection and a total lockdown of the city. No bird would be able to fly into Ayodhya, Late Mulayam Yadav promised the populace.

Ram and Sharad Kothari were regulars at the Rashtriya Swayamsewak Sangh (RSS) shakha, which was held near their Burrabazar home. They had completed the first two years of the three-year RSS training course at the ages of 22 and 20. Ram and Sharad, like many other RSS activists, decided to respond to the VHP’s call for kar seva. They informed their father, Hiralal Kothari, of their intention to travel to Ayodhya on October 20, 1990.

Hoisting of the Saffron Flag:

The Kothari brothers could only travel to Varanasi by train, accompanied by their friend Rajesh Agarwal. The UP government had regulated movement by road and train by the third week of October to prevent kar sevaks from mobilising in Ayodhya. The three young kar sevaks then took a taxi, but were stopped at a police picket line, forcing them to walk nearly 200 kilometres to Ayodhya around 4 a.m. on October 30.

Crowds began to gather in the afternoon on Mani Ram Das Ji Ki Chawni road, in front of Valmiki Bhavan in Ayodhya.

Despite police warnings, the Kothari brothers led a jattha to climb atop the structure and hoist the Bhagwa Dhwaj (saffron flag).

On the occasion of Kartik Purnima three days later, kar sevaks began to gather in front of Hunuman Garhi, a stone’s throw away from the disputed structure. The police stopped kar sevaks marching towards the disputed site. They all sat on the road in protest and began singing bhajans. They attempted to move slowly forward when suddenly some kar sevaks attempted to push ahead. Following that, the police began firing. Official records show that 16 people were killed in police shootings. Sharad and Ram Kothari’s bodies were later discovered in a narrow lane near Hanumangarhi.

The Martyrs of the Ram Mandir will forever be in the annals of history, though the magnanimity of their contributions was not given its proper justice earlier, it’s time that it changes for the better. They did not give up their lives in vain and we are indebted to them for their contribution!