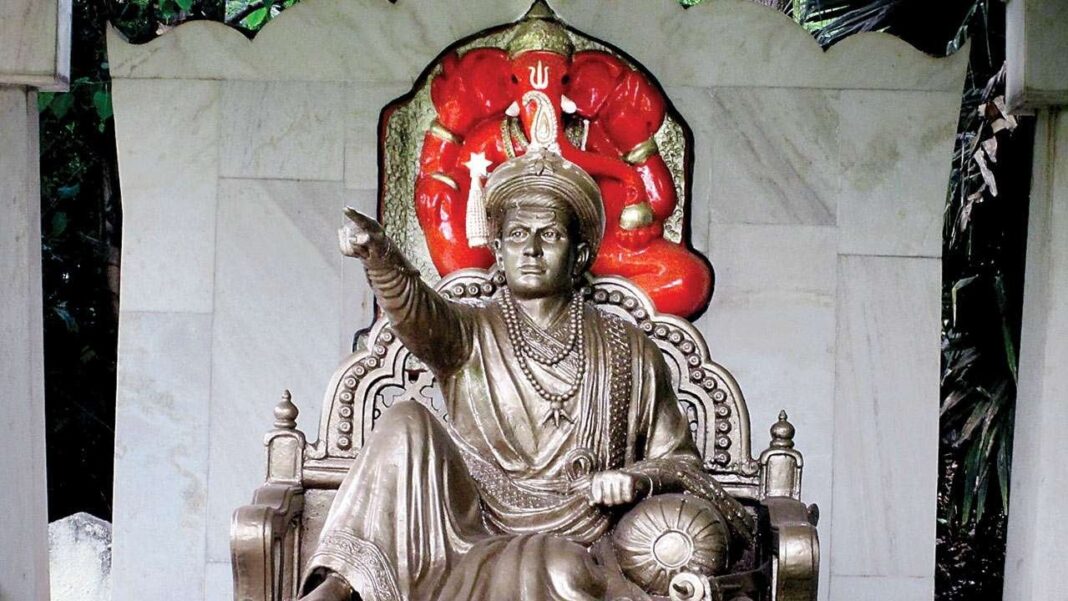 Hindus can’t and shouldn’t ever forget the immense contribution the Maratha Peshwas made to protect and advance the former’s interests. Maratha Empire was made up of strong-willed and brave men and women. Because of their steadfast determination to protect Sanatan Dharma, they had become an indomitable force against the cruel and barbarous Mughals and the ruthless Britishers. Peshwas left a long-lasting legacy of great rulers. Today, Hindus still constitute a majority in India because of their immense contributions and sacrifices. Peshwa Madhav Rao 1 was one of these great and valiant Maratha rulers. At the age of 16, he is credited with consolidating the Maratha Empire. In a very short span of time, he accomplished innumerable feats for the Hindu society. Unfortunately, he passed away at the young age of 27 on November 18th, 1772, as he was suffering from Tuberculosis.

He became a Peshwa after the death of his father Nanasaheb when he was 16. After Ahmed Shah Abdali defeated the Marathas in the Third Battle of Panipat (1771), he assumed leadership of the Maratha empire. When Madhav Rao was a young child, he had to deal with various arduous situations.

Besides the Nizam, Hyder Ali, the British empire, and the northern kingdoms, he also had to deal with the British empire. He also faced an internal power struggle with his uncle Raghunathrao, who had become a Nizam ally.

With failing health, he had to deal with all these political and personal struggles. As a consequence of their loss at Panipat, the Marathas lost control of the north and north-western parts of their empire, including Punjab and Delhi. They suffered a negative financial impact as a result of this loss. Further, with the Marathas losing control over the north and north-west India, the Ulema invited Turks, Afghans, and Persians to join the anti-Bharat forces. From the west, the Portuguese were a threat to the Marathas, while from the south, Hyder Ali and the Nizams were a threat to them. Being the sole Hindu power, the Marathas put up a stiff fight. Madhav Rao 1’s dexterity and confidence not only enabled the Marathas to regain their lost power but also marked a golden chapter in Indian history.

Madhav Rao’s ability to handle inimical forces demonstrates his farsightedness and administrative ability. In addition to being surrounded by enemies on all sides, the Marathas were short on both finances and manpower. Raghunath Rao and the Nizam, who were planning to attack Pune, were the first obstacles Madhav Rao faced. Raghunath Rao initially succeeded in placing Madhav Rao under house arrest, but Malhar Rao Holkar soon freed him. As a result, Madhav Rao was saved from execution and was able to reorganize the army and formulate a more effective strategy.

A year later, Madhav Rao not only placed his truant uncle under house arrest but also defeated the Nizam with only a third of his army. The Nizam was defeated by Madhav Rao, who made him sign a treaty, thus securing the Maratha border from Hyderabad’s side. Later, he focused on the northern side and conquered Rohilkhand, East Punjab, and Bundelkhand. The Jats and Rajputs became vassals of the Marathas, whereas the British were strictly warned and allowed only to engage in trade. The task of re-establishing Maratha power in the north was taken on by Mahadji Shinde. The Battle of Moti Talao marked Trimbak Rao’s victory over Haider Ali. Losing this battle had a profound impact on Haider Ali, who could not gather strength for the next decade.

As far as Madhav Rao’s ability as an administrator and as a warrior is concerned, there are no doubts. In addition to bringing order to a disorganized army and recovering financial losses, he also took strong corrective measures. He flogged corrupt and incompetent officers publicly because he was a strict and no-nonsense administrator. He was a people’s administrator who attended to their needs personally. Revenues generated were used to modernize the army and to benefit society. Madhav Rao was guided and directed ably by Nana Fadnavis who was a constant source of support and guidance for him.

Unfortunately, Madhav Rao died at the young age of 27 from tuberculosis, which at that time was incurable. This disease was contracted by him during his campaign against Hyder Ali in 1770. Despite his short life, he managed to accomplish what most people cannot do in a lifetime. During his last days, Madhav Rao spent time at the Ganesh Chintamani Temple in Theur, near Pune. Madhav Rao was the perfect successor to the Peshwa dynasty. If he had not been affected by tuberculosis, this would have been a wonderful rule of his. It is because of such warriors and Hindu Samrat’s that Sanatan Dharma exists today. Their penultimate sacrifice to protect and defend Hindu rights cannot be taken for granted by the current generation, especially. Hindus today should learn lessons from the mighty Peshwa kings about courage, efficient administration, and conscientiousness. People and the country will always be indebted to the Peshwas for their indomitable stand against various inimical forces.