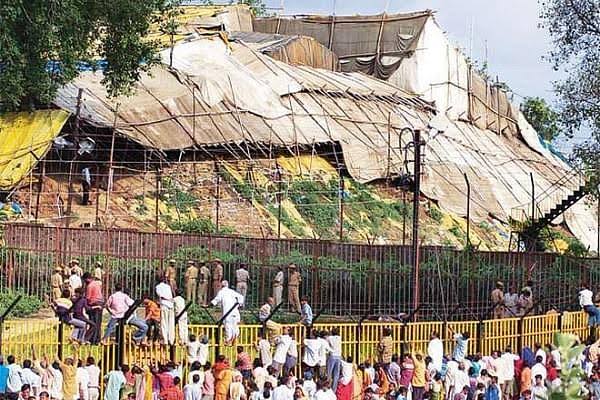 Ram Janambhoomi holds the highest of places in the hearts of Hindus across the world. Our Lord Ram, the seventh avatar of Lord Vishnu, was born on its auspicious soil. He was called “Maryada Purushottam” Ram because no matter what, he made the choices an ideal man and a King would make for the larger interest of the kingdom and society and laid the example for the people to follow. 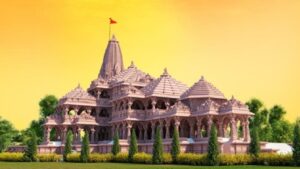 The beautiful sentiments that are held by the birthplace of Lord Ram were defiled by the barbarious throng of invaders who looted our land, violated our women and killed our men. If only their thirst could be quenched by this! Being the descendants of violence, they could not stand the wealth and richness of the culture they were invading and sought down to raze to the ground the very symbol of Hindu worship – The Ram Mandir. No matter how many times it was felled and looted, the determined Hindus would raise it up again. But then came Babar.

After being thrown out of Samarkand, Babur turned his attention to India. In 1526 CE, he defeated Sultan of Delhi Ibrahim Lodi at the First Battle of Panipat and established the Mughal Empire. Thus began the era of oppression of the majority population of the country. In 1528-29 a mosque was built on the razed foundations of the Ram Mandir and from here began the struggle which culminated in November 2019.

As stated in his book, Tuzak-e-Babri, Babur was accosted by two fakirs to build the mosque on the temple ruins. Furthermore, the inscription on the Babri Masjid stated: “By the command of the emperor Babur, whose justice is an edifice reaching up to the very height of the heavens, the good-hearted Mir Baqi built the alighting place of angels. Bawad [Buwad] khair baqi (may this goodness last forever).”

Mahant Raghubir Das came in the forefront in 1883. During this time, certain places like the Ram Chabootara and Kausalya Rasoi were built around the periphery of the Ram Janambhoomi, which also housed the idol of Lord Ram.

In 1857, a raised platform near the Babri Masjid was built, prompting Muslim parties to file a complaint with the district magistrate. As a result, a wall was allegedly built to separate the two structures. However, in 1883, Mahant Raghubir Das began constructing a temple over the platform, only to be quickly stopped by the district magistrate, who was responding to Muslim parties’ objections. Raghubir Das filed a suit in the Faizabad Subordinate Court, claiming ownership of the platform and the right to build on it according to the court case no 61/285. After being denied permission by the sub judge and then the district judge, the tenacious Das took his case to the court of the judicial commissioner, Oudh.

The judicial commissioner also denied any “alteration of the status quo” and the matter did not gain any more attention until 1934.

Though much is still left to be uncovered about the great Mahant Raghubir Das, he did start the process for justice. His struggle 135 years ago spearheaded many other Mahants to come forward for the cause. They not only united but also raised the Hindu spirits and the magnanimity of the saffron identity and what it stands for! Today we see the construction of the grand Ram Mandir on its rightful place and it is such an event of joy and pride for the Sanatanis all around the world and in this moment of great joy is the realization that this has been possible because a holy man filed a petition for his right to worship in 1885!