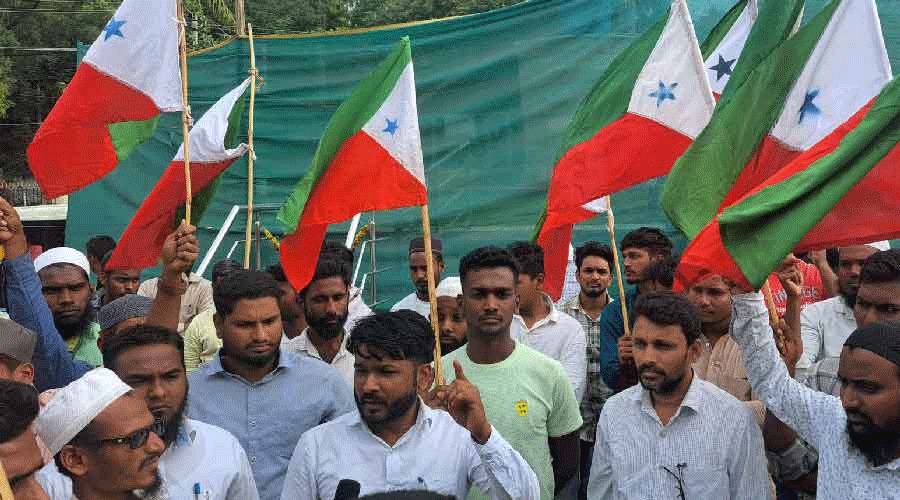 Al-Qaeda, Tehreek-E-Taliban, LeT, Jaish-E-Mohammad, etc., are Islamic terror organizations dedicated to instigating Muslims worldwide. By fanning communal hatred, these Islamic organizations easily target Muslims in India to spread terrorism. The Islamic faith is based on hatred and vileness and has no sense of love or belonging to any other group. Throughout the world, Islam exists solely to spread its destructive tentacles and radical extremism.

As a failed terror state, Pakistan’s economy, society, and politics are in ruins. Although Pakistan is in a state of internal turmoil and is considered a global pariah, it has not budged from its earlier ways. India continues to be a target for Islamic terrorists who wish to establish Islamic rule there. For decades, Muslims have targeted Hindus as their primary targets and they will go to any lengths to spread their hatred.

The December issue of the Islamic terrorist organization Al-Qaeda ‘s magazine Ghazwa-E-Hind was released recently. Ayodhya’s Ram Mandir will be destroyed and a mosque will be built in its place(claimed by Al-Qaeda), according to the magazine. It called for Indian Muslims to choose their religion and Jihad over their country and stated their open hatred of PM Modi and CM Yogi in the magazine.

Thirty years have passed since the martyrdom of Babri Masjid in December. Ram Mandir is built on the ruins of Babri Masjid. There are idols, there are idols, this is polytheism, it is the worship of polytheists, and Delhi to Calcutta is the rule of these polytheists. Rather, if they go to Dhaka from Calcutta, they are under the indirect rule of those who call them Jaishree Ram. Ahl al-Tawheed are being suppressed, bhajans are being sung instead of adhans of la shriq la. But someone with pain said very encouragingly that three hundred and sixty idols were kept in the Kaaba of Allah, but the Kaaba was still the Kaaba, then those idols were thrown down and said to be pure and pure for the worship of Allah. was taken What happened to the Ram Mandir standing on the foundations of the Babri Masjid, it will also be demolished, India, which today has become a temple, here, God willing, the foundations of the Babri Masjid will be raised.

Abraham and Ismail Ali, the heirs of the Prophets and the children of the last Prophet Muhammad, the Messenger of Allah (peace and blessings of Allah be upon him), will repeat the scene of Makkah Mukarramah more or less five thousand years ago. You are the All-Hearing and All-Knowing.

Do you think this night will pass by itself? The golden flag of the new dawn will emerge by itself?
no ! All this requires sacrifice, determination, sweat of the body, blood of the liver and strength of the arm. The people of India are well aware of the future direction of India. Every wordsmith, vegetable seller, daily wage laborer, member of Vidhan Sabha (State Assembly), Lok Sabha (National Assembly) and Rajya Sabha (Senate) in India, from Jamia Millia and Aligarh to Jamia Osmania and Dev. Hindus are sharpening knives, spears, swords in front of everyone. Sometimes Hindus are being taught how to wield sticks. The mouths and heads of the Mayas (Muslims) are being heard from the mouths of Hindu women. All this is not just talking, thirty years ago Babri Masjid was demolished, 1 year ago pregnant mothers were burned with chalk and their babies were sprinkled with oil in Ahmedabad, today there are bulldozers everywhere, J Shri Ram said that otherwise, he will remove his head from the market and then he will also give it. These people of India are oppressed and we too sit outside and cry this is not a roar, our forefathers came from Jaipur and Udaipur leaving gold mining lands, they lived in houses in Lucknow, they did not cry for Baans Bareilly, today. How many of our blood relatives live there? But La ilaha illa Allah is a relationship that is more than the relationship of blood and nation, this relationship draws us to you again and again in your love. All of you should believe in your mind today that the slogan of Hindu Muslim Bhai Bhai is near, it is a lie, it is a mirage. Every ism is an enemy of Islam and the people of Islam, the shadow of secularism is not heaven for the Muslims of India (the hell that is an example from the Ahmedabad riots to the Delhi riots), have we not seen the atrocities of the secular atheist Russians? Are we not seeing the oppression of the secular atheist Chinese on the Uyghur Muslims of East Turkestan?

The Al-Qaeda terrorists say Muslims shouldn’t worry about their material property since they have already suffered losses for decades. Instead, they encouraged Indian Muslims to propagate Jihad through their properties and acquisitions.

Further, they proclaimed that Muslims should not live with idol worshippers because it is shameful. Their distaste for secular-democratic rule in India is even greater.

Generally, Muslims consider living with others who practice different faiths as sinful, as they believe in the concept of the Ummah. Muslims believe in Dar-ul Harb, and the recent incident in Haldwani is a step in that direction. Terror organizations further fan this vicious attitude among Islamists. Terror organizations like the Al Qaeda that pose an international threat should be banned with immediate effect. Furthermore, Hindus must realize the growing threat posed by radical Islam, as it is already too late.