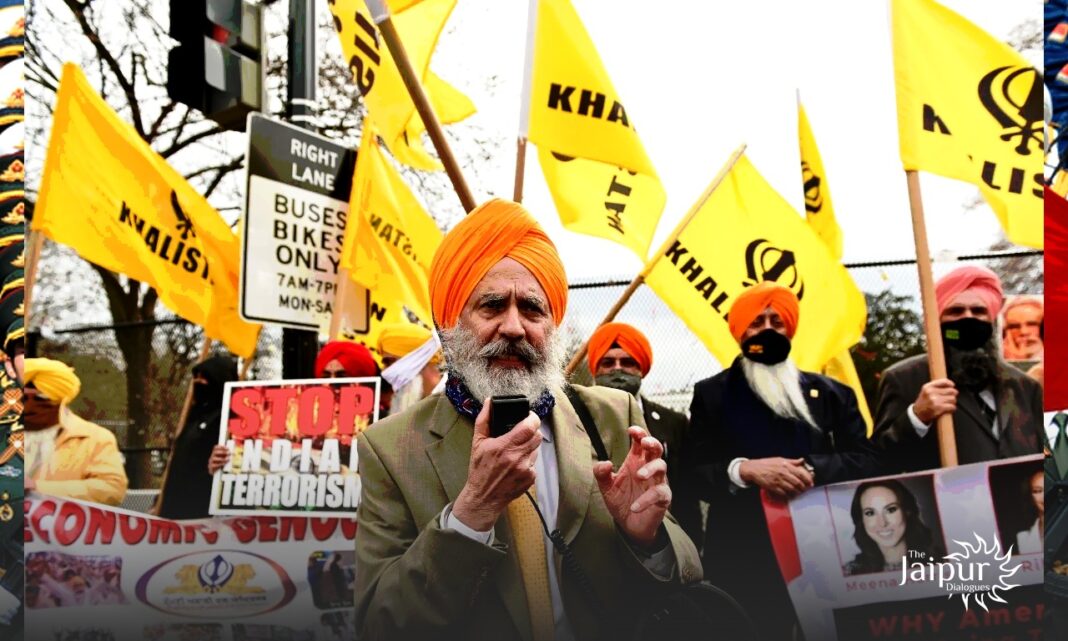 The Government of India’s rescue of Sikh refugees from Afghanistan is a wake-up call for Khalistanis and their sympathizers. Afghanistan has become a living nightmare not only for the non-Muslim minorities but for the Muslims, as well. Especially after the Taliban took control of Afghanistan, brutal Islamic rules have threatened the very existence of the normal populace.

Government’s Efforts to Bring Back Sikhs From Afghanistan

When 55 Sikhs arrived in India on 25th September from Afghanistan, they were nothing but grateful and appreciative of PM Modi. Although, there are still 43 Sikhs in Afghanistan who are still looking after the Guru Granth Sahib. Evacuation efforts were carried out in conjunction with the Indian government, the Indian World Forum (IWF), and the Shiromani Gurudwara Prabandhak Committee (SGPC). The Taliban denied the Sikhs permission to carry their last remaining copies of the Holy Book.

Delhi | A special flight carrying 55 Afghan Sikh minorities fleeing from Afghanistan arrived at Delhi airport yesterday, as a part of efforts to evacuate the distressed minorities in the Taliban-led nation pic.twitter.com/TMkigo1wdk

“The condition is not very well in Afghanistan. I was imprisoned for four months. Taliban have cheated us, they butchered our hair in prison. I am thankful and happy to return to India and our religion,” – Baljeet Singh (an evacuee).

"The condition is not very well in Afghanistan. I was imprisoned for four months. Taliban have cheated us, they butchered our hair in prison. I am thankful and happy to return to India and to our religion," said an Afghan Sikh, Baljeet Singh pic.twitter.com/UIk6cav7Nr

Puneet Chandhok of the IWF said the remaining Sikhs are not likely to leave Afghanistan any time soon. It won’t be until they are granted permission to carry the holy book by the Taliban dispensation that they will leave. In addition, he urged the Indian government to persuade the Taliban to allow the return of their holy book.

Another evacuee Sukhbir Singh Khalsa said, “We would like to thank the Indian government to give us urgent visas and help us to reach India. Many of us still have families left behind as around 30-35 people are left stranded in Afghanistan.”

This wasn’t the first time that the Indian government had undertaken a mission like this in recent years. More than 700 refugees, many of whom were minorities under threat of persecution, were brought back to India safely. Operation Devi Shakti was one such operation conducted last year. In India, many Sikhs and Hindus have sought asylum after enduring continuous harassment and torture in Afghanistan.

Khalistanis and Khalistani sympathizers should take note of what’s happening in Afghanistan and Pakistan with minorities, especially Sikhs. Khalistanis are deliberately creating a false narrative to drive a wedge between Hindus and Sikhs and side with Muslims. These behaviors are hypocritical and contrary to the values and principles taught by their Gurus. Why they dislike Hindus and India so strongly, is a question that must be asked. Meanwhile, they have conveniently ignored the plight of Sikhs in Pakistan and Afghanistan. A vicious, propaganda-driven global agenda is being pursued by Khalistanis aimed at maligning Hindus and India. Truth is, Sikhs face several challenges in Muslim nations and this needs to be discussed and highlighted. Ignorance like this on the part of liberal-wokes shows their apathy and disregard for the suffering of the afflicted. Indians should realize who and what their true nemesis is, otherwise they will be preparing themselves for a very bleak future.