History Of AMU and Jamia Milia: How The Universities Became The Centre Of Pakistan 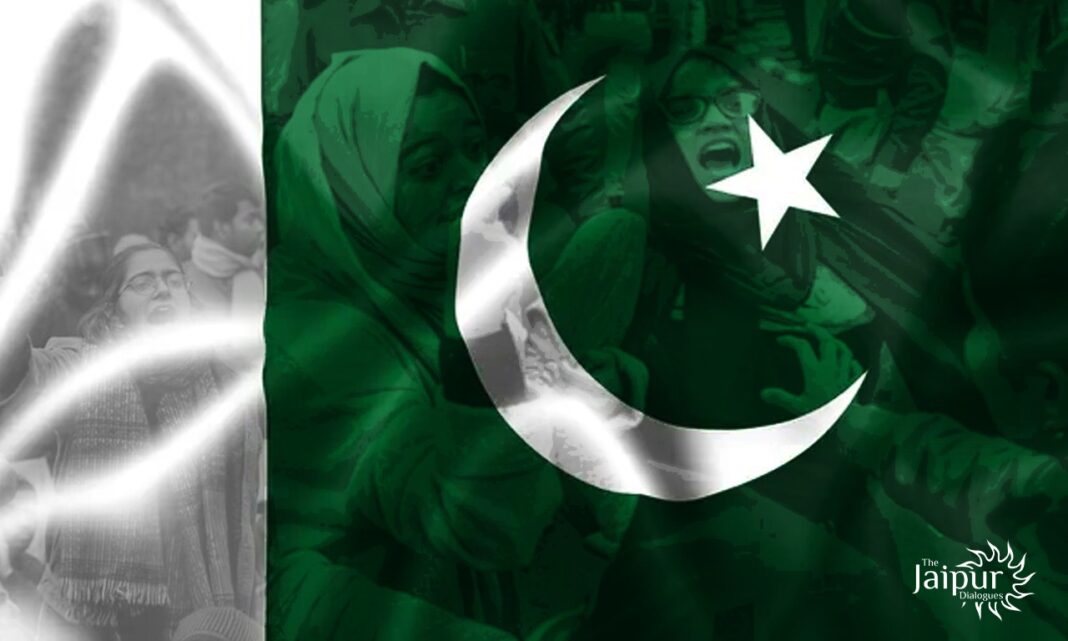 On the eve of 15th August Bharat not only lost its huge part of territory, rather she got her arms cut down! A heinous crime done to the motherland is unforgivable. Nobody could ever imagine what consequences it will lead to. However at ease the current population of ‘India’ feels with their contemporary circumstances, History repeats itself. Time is cyclical. To not let History repeat itself, let us first know the history.

The partition of the sub-continent, in a manner, has its roots in Islamic ethos. It goes back to the Prophet’s journey from Mecca to Madina in 622 A.D. in the face of persecution and harassment, known as Hezira. The concept of Hezira is generally acknowledged as a norm, to the effect that Muslims do not live in tyranny or oppression from peoples of other faiths.”[1]Dixit J.N., ‘Anatomy of a Flawed Inheritance’

It is a direct reciprocation of a political ideology that is Islam. Partition of India was not a spontaneous idea coming through a political party. But it is a historical by-product of Islamic ideology. Further JN Dixit writes, that,

To practice their faith, Muslims need to live in a place that is not Dar-ul-Harb. It is necessary to move to Dar-ul- Islam. This was the sub-conscious logic underpinning the demand for Pakistan by Chaudhury Rahmat Ali of Cambridge, later on endorsed by Allama Iqbal and concretized by Jinnah.

To understand the reason behind the partition of Bharat and the bloodshed, it becomes imperative to trace the ideology of Islam. And how ‘intellectual- Islam’ propagates Ummat’ in Bharat.

Those having an idea of Islamic rules all across the world, know its true face of ‘blood and sword’. Undoubtedly, Islam succeeded in the committing heinous crimes against the innocent populace. But, ‘the myth of thousand year slavery’ needs to be shed now. Since, many Hindu Kings and Queens; and a great number of population sacrificed lives to save the Dharma. And crores, never submitted to them, saved their dharma by never leaving it. And there came a time that Islamic rule reached to its death-bed.

“The British introduced English education into the country. This required hard application and industry. The Hindus were used to this, as under Muslim rule, they had practically to master a foreign tongue, and so easily took to new education. But the Muslim had not yet become accustomed to this sort of thing. Moreover, they resented competing with the Hindus, whom they had till recently regarded as their inferiors. The Muslims were gradually ousted from their lands, offices; in fact everything was lost save their honour. To the Hindus it was the opposite. They were soon reduced to a state of utter poverty. Ignorance and apathy seized hold of them while the fall of their former greatness rankled in their hearts.”[2]‘History and Culture of Indian People, Volume 10′ ,Bhartiya Vidya Bhawan, page 330

A pathetic fall of Islamic rule and their extensive loot of Hindu temples, had made them a lousy fat animal feeding on others’ toils. But as new and dangerous animal invaded in, the position had to be changed. Until 1850s Muslims resisted English education and the

English manners. Their backwardness in terms of education had to fill up. They not only had to learn to cope up with their political loss but also deal with the power of adaptability of the Hindus. Progressive Hindus again with the help of modern consciousness were gaining confidence. However, the atrocities by British were not any less then the Islamists. But it was subtle and more into the psychology of Hindus.

Sir Syed Ahemed Khan, the pioneer of modern education for Muslims is well-known as the reformer in the government realms. But his true face lies in his own words, in a speech in Meerut in 1888-

“Now suppose that all the Brits were to leave India, and then who would be the rulers of India? Is it possible that under these circumstances these nations, the Muhammadan and the Hindu could sit on the same throne and remain equal in power? Most certainly not. It is necessary that one of them should conquer the other and thrust it down. To hope that both could remain equal is to desire the impossible and the inconceivable”.[3]History and Culture of Indian People, volume 10, Bhartiya Vidya Bhawan, page 309.

Thus, the foundation of two-nations is established. And the establishment of Aligarh Muslim University’s founder is also clearly seen here.

Jamia Milia, an off-shoot of AMU, was even more firm and Islamic in its origin. With the great contribution of Mahatma Gandhi during the Non- Cooperation Movement, which actually was a disguise for Khilafat, Jamia came into existence.

In one such instance, in July 2022, the issue of indoctrination of students through anti-National/anti-Indic course came up. In Jamia Milia Islamia and Aligarh University, thoughts of a Muslim fanatic is taught.

In the state funded Islamic Institutions a course curriculum included the thoughts of Abul AL Maududi who openly calls for non- Muslim genocide anywhere in the world. He was the one who was against partition of India in 1947. Not because of any love for the country, rather to establish ‘Ghazwa- e – Hind’. He condemned Jinnah who usually paid lip service to democracy and secularism.

A testimonial to Maududi’s actions is an academic paper by Navras J. Aafreedi, Department of History, Presidency College, University of Kolkata, states,

”Nobody before him (Mawdudi) had ever held armed struggle as central to jihad, and unlike any major Muslim thinker before him, he was the first to call for a universal jihad.”[4]Aafreedi, J Navras, Anti-Semitism in the Muslim Intellectual Discourse in South Asia

In his book, ‘The Road to Peace and Salvation’ Maududi himself gives an open threat

”None of His [Allah’s] subjects has the right to arrogate to himself the position of a sovereign rule. Nor is any individual or legislative body competent to make laws according to their own whims and caprices and call upon the subjects of God to follow that law instead of the Law of God. Nor does any government have the right to enforce its own authority in disregard of the Divine Authority…”[5]Maududi, Sayyid Abul A’la, The Road to Peace and Salvation

The way these people are being taught in the universities of sovereign Bharat, is direct and open threat to her existence.

Basically, Partition of India was a project of more than one thousand years. Though it was not fulfilled completely, it strives to take shape partially. Partition of India is not a mere communal settlement. It is psychological, institutional and cultural. Involvement of Educational institutions with the implementation of Ghazwa-e-Hind is also a current phenomenon. Through Islamic Maulanas posing as ‘Scholars and Reformers, Hindus have been lured. Since 1947, two Pakistans have been created i.e. Pakistan and Bangladesh. And still, an aware Hindu must ask this question, in each nook and corner of Indian Subcontinent- ‘Kitne Pakistan?’ (How many Pakistans).

[5]  Maududi, Sayyid Abul A’la, The Road to Peace and Salvation