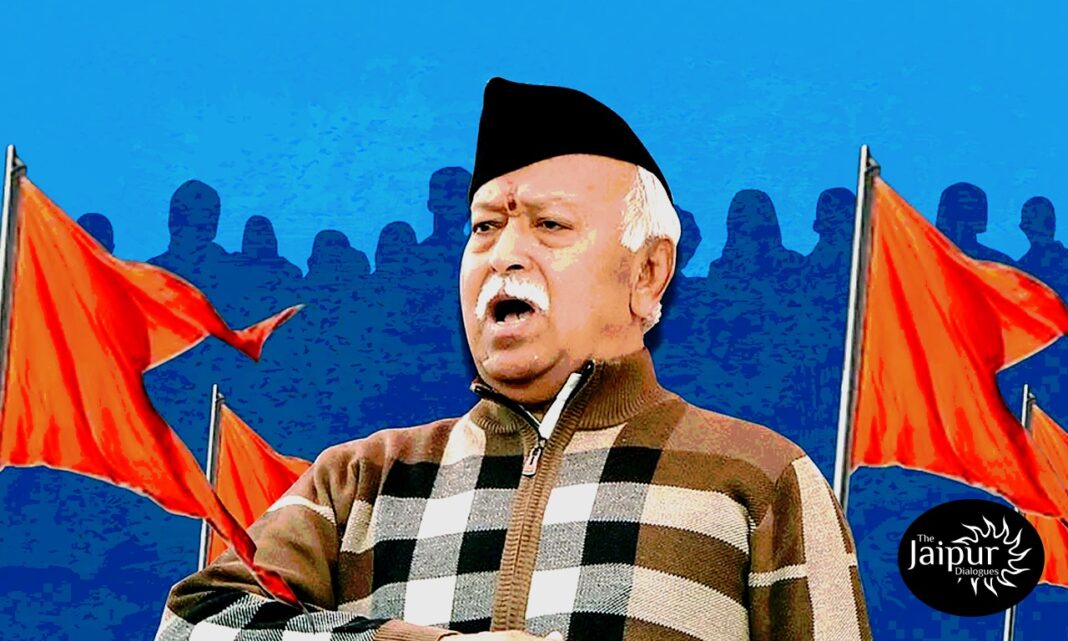 The present notion of territorial unity being a nation’s core and only constituent comes from the colonial mindset. This western thought to India was brought by Macaulay and continues to date. However, this idea of a nation based purely on geographical boundaries has not stood the test of time as good as its superior counterpart, the nation-state, let us examine a few historical cases. Austria-Hungary, as a nation, had nothing to divide it territorially. It was a common imperial unit for centuries. Still, there were no racial, cultural, linguistic, or historical affinities to draw them toward each other. So, they separated as national and political units as soon as favorable conditions emerged.

Another example is The hotch-potch nation of Czechoslovakia, created in the aftermath of World War I, by making a mess of Sudeten Germans, Poles, Hungarians, Czechs, Slovaks, and others. The Sudeten Germans longed to be with Prussian Germans, Poles with Poland, and Hungarians with Hungary. Naturally they revolted against their next-door neighbor, Czechs. Take another example of Ireland, which had a common parliament and state with England for centuries. The English inter-married, inter-dined, spoke the same English tongue and even had the same religion. Still, the Irish people revolted despite their Imperial advantage, revived their near-dead Irish language, and organized a separate Irish State. Other cases include the separation of North and South Korea, East and West Pakistan, the separatist tendencies in the Donbas region of Ukraine, and other occurrences.

Thus, it is a historical fact that socially, culturally, religiously, and linguistically distinct communities cannot be welded into a stable nation just because of territorial unity. Those who give the example of the USA should also note that the American culture is a distinct culture of its own. It was created single-handedly by a uniform and homogeneous Christian community and acted as an overruling framework for all its constituent communities. Also, people from non-American cultures must weld with it to live the American Dream. Rather it is only those willing to integrate with the culture who migrate to America. Even after all this sophistication, migrants are a big issue in their politics.

So what are the real constituents of a nation-state? The clear answer to it emerges as a common culture, language, religion, and history that are all present in Hindus and thus make Hindus themselves a nation. Moreover, we are blessed with common holy land and fatherland, which acts as icing on the cake. The above reasons also explain whether Bharat would exist as a nation-state had it not been invaded by the British. The answer is very clear, Yes, it would, and it has from a time before the Christian and Mughal civilizations were even born. Hindurashtra is not a treaty nation or a paper-made toy, but it is an organic nation-state that has its roots stuck deep in the soil of this Bharatbhoomi.

Thus, Hindurashtra is what we call “Sanatan Satya, “and The secular nation India is just another temporary phase of its history like British India and Mughal India.

Keeping all this in mind, let us examine all the elements of a nation-state from the Bharatiya point of view and see why Hindus hold Bharat in such awe and divinity. 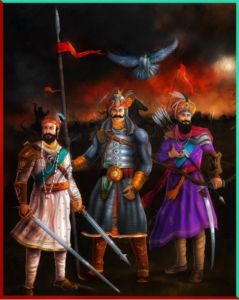 Bhartiya have a common culture, a common language Sanskrit from which all other indigenous languages are derived, a common script Nagri, a common Holyland, the Vedic rishis being their collective pride, grammarians Panini and Patanjali, a common medical science called Ayurveda, heroes like Lord Rama, Lord Krishna, Shivaji, Maharana Pratap, Guru Govind Singh, Prophets like Buddha, Mahaveer, Kanad, Shankar, a common ancient and modern history, common friends and enemies and much more. Also, the unbroken continuity of Hindu civilization for thousands of years in this limited area of land, with generation after generation nourishing each other makes Bharatbhoomi a dear and sacred geography. That being said, it is also true that there is immense diversity among Hindus themselves. Still, they differ strikingly from any other people in the world than they differ among themselves. In short, Bharat is dear to Hindus because it has been the cradle of their prophets, heroes, gods, and godmen. Otherwise, many other countries are as rich in
gold, silver, and fertile lands as Bharat.

The house we dwell in looks sweeter than a palace elsewhere. But let the dear faces disappear from it; the house shrinks completely to the construction of bricks and mortar that it actually is. Take the example of Jews or Parsees; when Arabians invaded, the only choice was to convert or leave their land. So, they took their book, identity, and culture and went to some other safe land. They did not, however, trade their cultural and civilizational identity for a mere lifeless piece of land by converting to an entirely new, different, and unrelatable identity. Thus, the real meaning of swarajya is incomplete with the mere geographical independence of a bit of earth called India. So, for Hindus, the independence of Hindusthan can only be worth having if it ensures their Hindutva-their religious, historical, racial, and cultural identity at the heart of its constitution and not devoid of it, and that is why Hindurashtra!