Qutub Minar Back to Origins – Victory for Hindus? 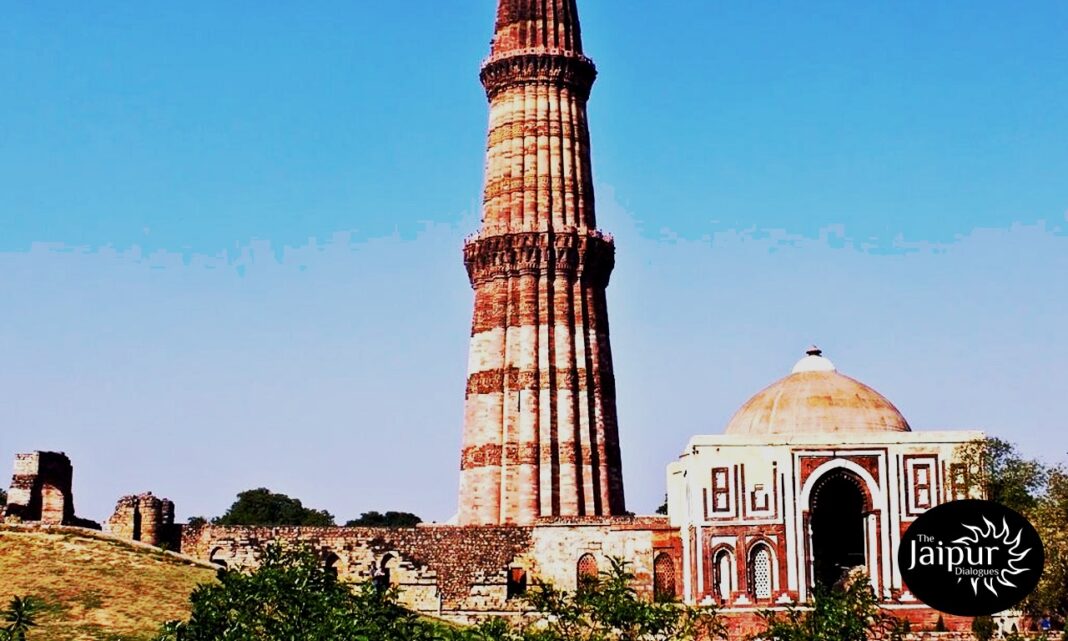 Long-awaited good news is on its way for Hindus. Unfortunately, in India Hindus have to fight to reclaim what is rightfully theirs. The Abrahamic rule aimed at distorting India, its cultural ethos, and values to support their cults. By doing so, they attempted to erase and trample over our rich cultural past, but they were unable to do so. As the saying has it, lies don’t last long, and karma definitely strikes back.

There have been a lot of discussions lately about the Quwwat ul Islam Masjid and Qutub Minar. A well-known and well-documented fact is that the Masjid was constructed on the ruins of 28 Hindu and Jain Mandirs. This fact is noted in Qutbuddin Aibak’s inscriptions, as well as in the board erected by the ASI. This should not cause any further confusion. After Ganesh Ji’s idol was discovered, there was no doubt that the site was a Hindu worship center.

At first, the murti was enclosed in iron mesh, but now it is enclosed in bulletproof glass. Having taken this positive step, Ganesh Ji can now be worshipped from the top of the Masjid.

In Islam, Quwwat ul Islam means Shakti or power. The mosque was built to demonstrate Islam’s power over Hindus and Kafirs. What kind of superiority does one show by building a mosque over a temple complex? There is still no explanation for the fanaticism and delusion that plagued the Islamic plunderers. 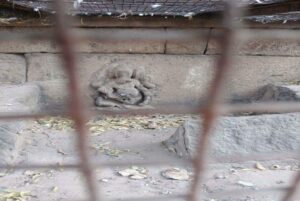 As in the Shringar Gauri case, the current developments are the result of a petition filed with the ASI regarding Qutub Minar. There is still Namaz allowed in the former, but it hasn’t been held for a long time at the Quwwat ul Islam Mosque. Therefore, this delay in declaring the site as a Hindu center seems mind-boggling. A few facts are cited by the leftist cabal to prove the structure’s authenticity, but all of those can be disproven:

Marxist historians keep repeating that Islam’s victory over Kufr’s led to the construction of the mosque. There is no doubt that ASI is acting as a guardian, but the government is ambivalent. There should be no confusion regarding the fact that India has always existed as a Sanatan Rashtra. The presence of Ganesh Ji’s murti there and the presence of Hindu and Jain temples can be seen in the deep foundations of the building, which our cultural minister should be aware of. However, because Hindus seldom speak up, no one has ever made the initiative to speak out for their rights. It’s time to take back everything we’ve lost and regain what is rightfully ours. Because if the past errors aren’t rectified right away, then their negative impact on our future generations will be negative and long-term.