The Third Battle of Panipat 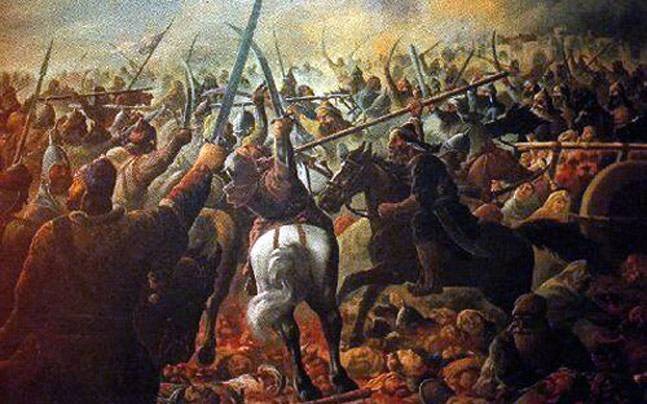 The Third Battle of Panipat was fought in Panipat on January 14, 1761, between an expeditionary Maratha army from the north and a coalition led by Ahmad Shah Durrani, King of Afghanistan, and his two Indian Muslim allies, the Rohilla Afghans of the Doab and Shuja-ud-Daula, the Nawab of Oudh. Military combat took place between the Marathas, whose artillery and cavalry were supplied by the French, and the Afghans and Rohillas, whose heavy cavalry and mounted artillery (zamburak and jezail) were commanded by Ahmad Shah Durrani (also known as Ahmad Shah Abdali) and Najib-ud-Daulah, two Pashtuns. The conflict, which is regarded as one of the biggest in the 18th century, may have seen the most deaths in a single day in a traditional formation fight between two armies.

The “Blackest Day in Indian History”

The “Blackest Day in Indian History” was observed on January 14, 1761, the auspicious day of Makar Sankranti. In the Third Battle of Panipat, 50–60,000 Marathas perished on this day. Another 20–30,000 women and children were taken captive and sold into slavery.

The origins of the struggle may be attributed to the expansion of the Maratha Empire, which pitted it against Ahmad Shah Abdali’s Durrani Empire in Afghanistan. The Marathas ruled the sub-continent as the dominating force by 1755. The Deccan, the majority of Northern India, and even Calcutta were all influenced by it. A Maratha expeditionary army reached Kandahar in Afghanistan in 1759 and erected garrisons there as well as in the main Punjabi towns.

The entrance of Abdali and the destruction of their garrisons had alarmed the Marathas, and in March 1760, Peshwa Nanasaheb made the decision to challenge Abdali with a sizable expeditionary force led by Sadashiv Rao Bhau, his most talented general, and his own son, the 17-year-old Vishwas Rao.

On March 7, 1760, the Maratha army, which included about 40,000 cavalry, 15,000 troops, and 200 pieces of artillery, departed from Udgir. Forces from the Scindias of Gwalior and the Holkars of Indore joined it as it advanced.

Delhi was quickly taken over by the Marathas, who stayed there for more than three months. The Yamuna River divided the two armies where Abdali’s army and his allies were located at Meerut and Saharanpur.

Then, around the end of October, Sadashiv Bhau took command of his army and led it away from Delhi in the direction of Kunjpura, a castle on the western bank of the Yamuna that served as a key supply route for Abdali. Over 10,000 Afghans were well entrenched in Kunjpura, but after a fierce assault using both artillery and cavalry that was closely coordinated, the city was taken in under two nights. Although Abdali and his troops were on the other side of the river, where the Yamuna river was flooded, Abdali was unable to cross to save his soldiers despite being able to see and hear their distress. The Marathas’ final significant victory came with the fall of Kunjpura on October 18.

The Tables Turned on the Marathas

They could now access Abdali’s supplies and, even better, they could stop him from going back to Afghanistan. Encouraged by this achievement, the Marathas advanced closer to Kurukshetra in an effort to totally obstruct Abdali’s escape path. Then Abdali executed his conniving move. On October 25, during a night of heavy downpour, he crossed the flooded Yamuna River, fully catching the Marathas off guard. Abdali had shut off the Marathas’ road back to Delhi and the Deccan at this point, leaving them in his wake.

This eventually developed into a two-month siege against the Marathas in the town of Panipat, headed by Abdali. Both sides attempted to cut off each other’s supply during the siege. By late December or early January, the Maratha camp’s food supply was exhausted, and thousands of animals perished. Early in January, reports of troops starving to death started to circulate.

The Maratha lords implored their leader, Sadashiv Rao Bhau, to die in combat rather than starve to death on January 13th. The Marathas made a last-ditch effort to breach the siege the next day by marching southward toward the Afghan camp before daylight.

The Marathas launched the attack and had the upper hand till the Afghans launched their artillery. The huddled Maratha troops suffered fatal wounds from Afghan bullets, and one of them struck Vishwas Rao, the Peshwa’s son, in the head, instantly killing him.

The contest was radically changed when Vishwas passed away. Abdali made a second attack on the Marathas from behind and to the flanks during the ensuing disorderly commotion with the remainder of his troops.

On that one day, well over 30,000 – 40,000 Maratha troops died. After losing over 30,000 of their own, the bloodthirsty Afghans rampaged through the Maratha camp, killing the men and enslaving the women and children. The moon was full that night, and the Marathas who were running were pursued and killed in the open plains near Panipat. In that single day, which has frequently been referred to as “The Bloodiest Day of the 18th Century,” an estimated 60–70,000 people were killed.