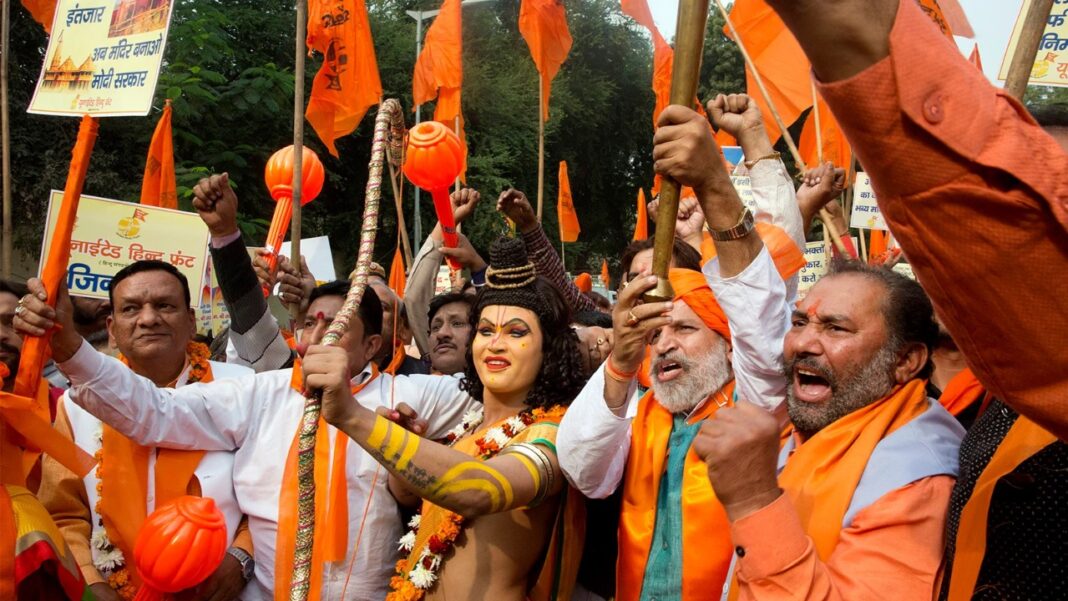 It has always been seen that Hindus fall victim to various fallacious and menacing traps set by anti-India forces. There is no need to wonder why, because the reason is simple and clear, namely lack of knowledge and disconnection from their Dharmic values. In light of this, it is understandable why Abrahamic forces target Hindus and their culture so easily. Why do Hindu girls succumb to Love Jihad, why are Hindus the easiest targets for conversion activities, and why are Hindu youth susceptible to Leftist narratives?

Decades of forced-feeding secularistic values and a forced notion that Hindus are weak has made Hindus structurally weak and demoralized. It was made a point to make Hindus feel ashamed of their values. Instead, they have been encouraged by the corrupt ecosystem to disregard their intellectual prowess, cultural advancements, and scientific advancements.

Religion is something that many people take pride in, whether they are Muslims, Christians, or people of different faiths. Unfortunately, most Hindus do not even know their roots.

Generally, Muslims and Christians fight to prove their fanaticism, but this is not the case with Hindus. Why are Hindus always tested in the court of secularism?

Hindus have always been targeted, especially by our corrupt education system, which makes Hindus feel weak and worthless. There was a deliberate attempt to paint Hindus in a poor light, idolizing the devious Mughals and the fiendish British. As Hindus, we have always been taught, manipulated, and trained to accept all religions, whereas Muslims and Christians have not.

Hindus are eager to visit Mazaars, Dargahs, and Churches all in the spirit of brotherhood, unlike Christians and Muslims. In this dystopic brotherhood, the entire structure of the community and civic structure has been disarranged. Hindus have suffered a severe downfall, of which they are unaware, while also unaware of how well they are being manipulated. Why is the concept of ‘Sarv Dharm Sambharv’ valid and applicable only to Hindus?

In reality, none of the Abrahamic religions practice what they preach, and this sham of secularism is yet another way of blinding Hindus. Hindu children must be taught about their valiant past, their rich culture, their deep knowledge, and scientific advancements, and most importantly, how to be proud of their religion.

How to Prepare The Upcoming Generations

Hindus and their Sanskriti are constantly being attacked, with our very own corrupt and moral-less Bollywood leading the charge. Under the guise of freedom of expression, Bollywood films and numerous OTT platforms are spreading hate, Jihad, and promiscuity by maligning Hinduism.

All aspects of our lives are controlled by the Marxist cabal. Inculcating Sanskritic values and Dharmic ideals should therefore be every family’s responsibility. Children who are well-rooted in their culture from the very beginning are well-prepared to fight leftist propaganda and narratives. Taking the following steps can help parents protect their children:

The Hindu past is vast, deep, and varied when compared with the shallow, conflict-ridden, and violent past of the Abrahamic religions. There needs to be a strategy on war footing to counter the continuous onslaught and attacks against Hindus. Secularism has to be curtailed, and Hindus need to know who their real enemies are. Unless Hindu power is unleashed in full force, they too will suffer a disastrous end at the hands of the brutal Abrahamic, a reality that cannot be overlooked.