Maharani Tarabai: Last Nail in the Coffin of Mughals 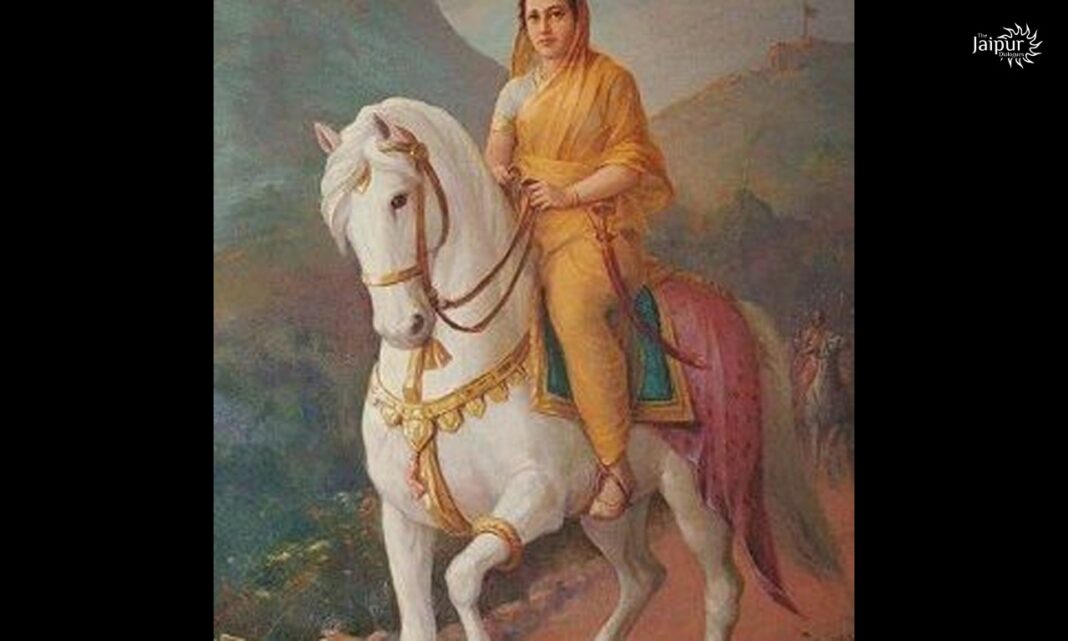 Marathas ruled a big part of Bharat and their influence in many aspects of Hindu life is visible till now. When people talk about the backwardness of the Indian society, especially the medieval era, they evidently ignore many significant personalities. The great women who were behind the creation of the Hindu Empire and ruled from the front, are always ignored in the historical narrative. Matoshri Jijabai, Sai Rani Saheb, Soyra Rani Saheb, Maharani Yesubai and Maharani Tarabai(Tara Rani Saheb) were the stalwarts who made the great Maratha Hindu Empire what it was.

Tararani Saheb and the indomitable spirit displayed by her throughout her life, is a trait rarely seen in the world panorama. She embodies the brilliance and power of the highest feminine, Maa Durga, who protects her children and slays the demons.

Born During The Most Happening Times

Maharani Tarabai’s identity is not only the Chattrapati Shivaji Maharaja’s daughter-in- law, rather she was the daughter of the great Sarsenapati Hambirrao Mohite. Sarsenapati was the real brother of Abhishikt Maharani Soyrabai and a devoted and vigilant general in Shivaji Maharaja’s army. Tarabai as a child got all her military and martial skill prowess from her father. She was given military training, as was the tradition among the Maratha Hindu girls during that time. And she was born at the peak of Maharaja’s rule, when the saffron flag was flying high. The upcoming generation was being prepared in order to take forward this mammoth task of Hindavi Swarajya and safeguard the legacy.

It was a bleak time for Hindus because consecutively they had lost their two great scions in a span of few years. Marathas could not even forget the gory murder of Dharmaveer Chattrapati Sambhaji Maharaj, and then they had to again go through the same pain.

At this moment Maharani Tarabai took the reins of Swarajya in her hands and crowned her infant son Shivaji II as the next Chattrapati. She became the patron of the throne and started to lead the Maratha Empire from the front. She had trusted advisors like Ramchandra Pant, Santaji and Dhanaji Jadhav who assisted her to devise a counterstrategy against the Mughals.

When Aurangzeb Was Frightened

Leaving his capital empty, Aurangzeb stayed at Deccan for 27 years which proved that how frightened he was of the Hindu Maratha power.

Maharani Tarabai made sure that the Mughal Emperor never took a sigh of relief. She never stopped fighting the war against Aurangzeb.

The battle for the siege of Ginjee fort went on for 8 years during which a large number of Mughal army was battling the against the guerrilla warfare of the Marathas and perpetually burning their vast resources in the process.

This worked as psychological tactics more than a full-fledged war, where they used the enemy’s weakness to their advantage. And thus, Rani Tarabai regained most of the important forts which Aurangzeb had captured.

She is an example of a bravery unmatchable and quick wit which Maharani possessed. She became the biggest catalyst in the breaking away of the Mughal authority.

After Aurangzeb’s death in 1707, the Mughals were highly demoralized. This gave Maharani Tarabai to bring the Maratha Empire into a stable condition and run the administration smoothly.

After a year, Sambhaji Maharaja’s son Sahuji Maharaj was released from the Mughal captivity and was given a huge welcome by the Maratha Sardars to reinstate him as the real heir of Chhatrapati Sambhaji. And eventually, a tussle among the two factions of the family began. Since, many sardars and the master strategist Balaji Vishwanath were on Sahuji’s side, Maharani Tarabai had to leave her authority. Maharani Tarabai was made sure to be kept under the house arrest. She lived a long life of 86 years and was revered as a great protector and daring queen of the Marathas.