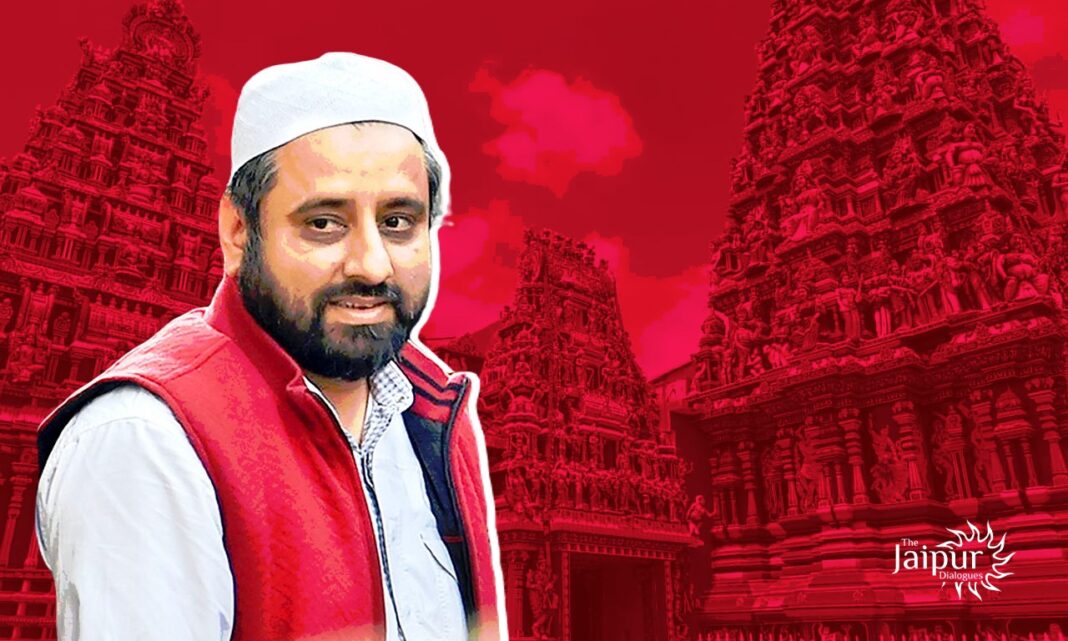 Indian secularism works in strange ways, one of which is deliberately employed as a weapon against Hindus. Both the Christian and Muslim mafias have illegally captured land in India, and the ‘so-called’ minorities take it as a natural right. Land grabbing didn’t happen overnight but was a systematic effort due to the vote bank politics of our greedy politicians. Muslim brazenness is evident in the Tamil Nadu village land grab case. This happened because Hindus within India are treated as Pariahs and no one will speak for them.

More than six lakh acres of land are owned by the Waqf in India, covering approximately seventeen districts of U.P. India was pushed towards becoming an Islamic state by the UPA administration. Rahul Shivshankar of Times Now explained that the decision was taken by the UPA Cabinet and conveyed through a secret note. These events occurred just before the 2014 General Elections. By abusing power and authority, the UPA allotted properties in prime locations like Connaught Place, Ashoka Road, Mathura Road, and other VVIP areas.

The report states that all it took was a phone call to identify and allot the 123 government properties to the Delhi Waqf Board. Furthermore, Times Now highlighted the secret note, which was dated March 5, 2014, and signed by Additional Secretary JP Prakash.

#WaqfLandSecretNote#EXCLUSIVE | Days before the 2014 elections, the UPA govt 'gifts' 123 prime properties in Delhi to Waqf.

"Please refer to the telephonic request", @RShivshankar takes us through the details of the 'secret note'. pic.twitter.com/TfcDOShyPJ

The note addressed to the Secretary of the Ministry of Urban Development read, “Denotification of 123 properties in Delhi under the control of Land & Development Office (LNDO) & Delhi Development Authority (DDA) allowing the title to revert to Delhi Waqf Board be communicated to the Ministry pending formal issuance of minutes.”

The NDA government pledged early in 2015 to set up an inquiry into the UPA’s decision to hand over government properties to the Delhi Waqf Board. This decision was taken after the Vishwa Hindu Parishad (VHP) approached the Delhi High Court challenging the decision.

However, the inquiry committee led by retired Delhi Higher Judicial Service official JR Aryan did not yield any results. A committee was set up by the BJP government in May 2016. In accordance with its mandate, the committee was supposed to submit its report within six months. A six-month extension was also granted to the committee, but no feasible response was produced. The decision was ultimately passed on to the Waqf board commissioner. What a paradox!

As per Hindustan Times, it was reported that “Had the panel taken a call on the ownership of properties and not left it to the waqf commissioner, the NDA government could have struck down the UPA’s decision.”

During the raids conducted by the Delhi ACB, AAP’s rabid Hindu-hater and fanatic MLA Amanatullah Khan was arrested. The ACB arrested Khan after collecting incriminating material and evidence against him. The raids were about unauthorized appointments to the Waqf Board. During the raids, the ACB found firearms and large amounts of cash.

The Delhi Waqf Board is headed by Amanatullah Khan. An investigation is underway by the ACB into the alleged irregularities of the Delhi Waqf Board’s recruitment. An FIR was lodged regarding alleged wrongdoing within the board, leading to this investigation. The FIR alleges that Khan illegally recruited 32 people, in violation of all government rules and guidelines. It is alleged that he engaged in corruption and favoritism. Waqf Board’s previous CEO issued a memorandum and statement against his illegal recruitments, according to the ACB statement on Friday.

It is not the first time that AAP MLAs have been investigated, many of them for various cases of corruption. Whether it is the anti-CAA protests or this latest controversy, Amanatullah Khan is no stranger to controversies. The AAP itself has poor credentials and yet keeps on stoking new and unnecessary controversies time and time again.

As a result of our weak resistance and flawed governance structure, Islamic influence is growing inevitably. Using the guise of minority politics, Muslims exploit their victimhood position to push Hindus to the back. Hindus live as second-class citizens because of our nation’s appeasement policies. In connivance with our ‘secular politicians’, Muslims manifest their aggressive style of dominance through land Jihad. The silence of Hindus has put their future existence in doubt. The question is how long will it continue like this?