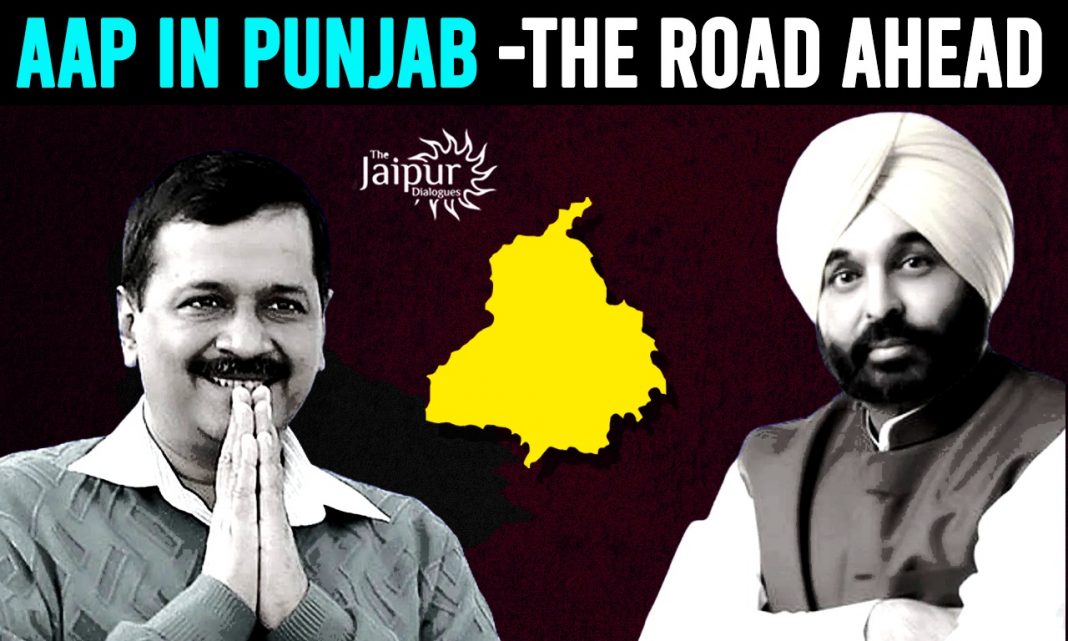 With a resounding victory in Punjab, AAP has proven to be the dark horse. With Bhagwant Mann as the CM designate, a lot needs to be seen as to how things will pan out. Especially considering the tricky situation Punjab is in.

The Aam Aadmi Party won elections in Punjab with a thumping majority. After the initial euphoria has subsided, the reality of Punjab’s grim situation will be revealed in the coming days. In politics, Kejriwal has always relied on a freebie culture; one that is neither sustainable nor feasible in the long term, and on top of all is not desirable. Punjab has shown immense faith in Kejriwal, but the question remains: can this kind of politics survive in Punjab?

As for how Kejriwal handled Delhi, considering it’s not a full-fledged state, the result shall be loud and clear for all to see. Delhi is an interesting case study because due to its status as the capital of India, a large area of its administration falls under the ambit of the Central Government, and due to its very nature as a political hub, it automatically attracts a large amount of funding. Delhi is not only home to politicians, but also to businessmen and industrialists who have contributed to the development of its infrastructure. Kejriwal, who came to power in Delhi, started distributing free electricity and water. But who will bear the brunt of these freebies? Who is liable to pay the price of this lopsided development? Free lunches don’t exist in the world, and sustaining something for so long is a mere drain on our financial resources.

Punjab has represented prosperity and growth in India for many years. It carries a special place in the hearts of all Indians for their valor and indescribable contributions to its development. But in recent years, the state has faced multiple issues, and with AAP leading the way, the future is unclear. For decades, Punjab has been confronted with a drug menace. This has negatively affected the youth of the state. However, Kejriwal has promised to alleviate this problem within a month. Even if he’s successful, how will he make the entire state drug-free in a month when other governments haven’t been able to accomplish it for years? During an interview today, Raghav Chadha stated that Punjab won’t be known as ‘Udta Punjab‘ anymore, but as ‘Uthta Punjab’. After the initial euphoria calms down, we’ll see how far this promise fructifies, which should be a great accomplishment if it happens.

With Punjab suffering a financial crisis, the promise of free medicine and check-ups through Pind Sehat clinics (though a sound idea) akin to that of Mohalla clinics in Delhi shall place additional pressure on the state’s already limited budgetary resources. When Kejriwal asked for help from the Central government, one he abhors, during the COVID-19 crisis, the dire straits of the Mohalla clinics and the wrecked healthcare system were clearly evident. What happens when the administration of an entire state falls on his shoulders? Wouldn’t a similar mismanagement cause even more chaos?

As for what is most concerning, Punjab is bordered by Pakistan, our enemy state, and is in the midst of internal turmoil caused by Khalistani separatists. An administration of the state under these circumstances can be precarious, requiring an astute politician who understands the nuances of the situation. An examination of AAP’s past performance in Delhi has not yielded reassuring and satisfying results, especially with regards to Bhagwant Mann’s past performance. It will be challenging to manage the affairs of a dynamic state like Punjab, especially for someone’s rule that has been impaired by the anti-CAA riots which led to the barbaric and traumatic Shaheen Bagh protests, in addition to the fact that Delhi has experienced an influx of Rohingya and Bangladeshi immigrants due to his party’s minority appeasement stance. India faces both a long-term strategic threat as well as a danger to its demographic structure. As the state is experiencing a rapid conversion rate, if such an event were to happen in Punjab, it would be devastating for everyone.

The state of affairs in Punjab is characterized by a deadly cocktail of political uncertainty, overlaid with these urgent, pressing issues which require immediate attention. Punjab is an area that needs to be watched out for, since there are no political fiefdoms and anyone with such harboring such ambitions is irrevocably doomed. As for the Punjabis, they have rallied around AAP. But it depends on how fairly the party stands up for them and cooperates with the Centre for smooth and proper functioning. A leader is someone who brings along everyone with him, and how much Bhagwant Mann will be able to accomplish as the CM designate for AAP will have to be seen in the future.