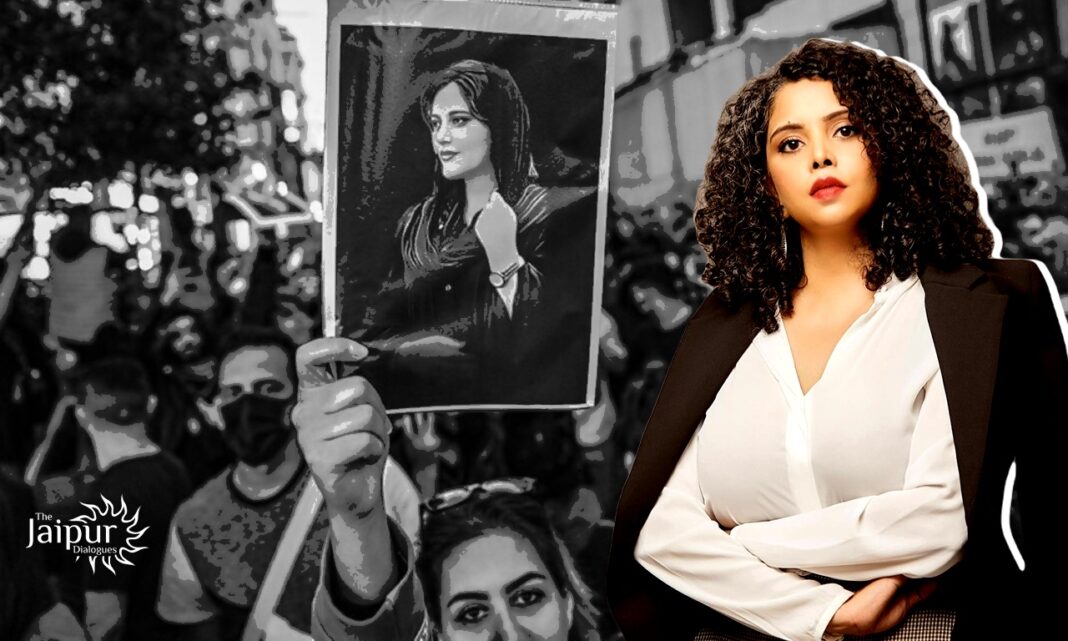 Currently, Iran is in the midst of a storm, one that reveals the regressive patriarchy that dominates Islamic society. As a religious cult, Islam stifles female voices and harasses them under the guise of religious diktats. There are many Islamic nations where females are subjected to pathetic treatment, such as Afghanistan, Pakistan, Bangladesh, etc. In Islam, male dominance is perpetuated, and females are subjugated to demonstrate their masculinity and superiority.

Incident In Iran- Shame For Ladies

Mahsa Amini, a 22-year-old female, was recently arrested by Iran’s “moral police” and died under their supervision. It is the moral police’s job to enforce a strict dress code that harasses, tortures, stigmatizes, and insults women. A young woman lost her life as a result of this perverse mentality. The question arises, what kind of religion propagates death and torture? According to her mother, the woman was wearing very loose apparel in the said case. In light of this, one is left wondering what the reasons were for arresting a seemingly innocent young girl. It is also unclear how she died under mysterious circumstances.

While captured by the brutes, the girl appeared perfectly fine, but according to authorities, she died from a heart attack. The pictures of her that were released, however, depict a different story.

A woman cuts her hair in the main square in Kerman, #Iran as protesters shout “Death to the dictator.”#Mahsa_Amin #MahsaAmini #IranProtests2022 #IranProtests #مهسا_امینی #IranProtests pic.twitter.com/xZ7K1g2Tkr

Iranian women have protested this outrageous, inhumane, and barbaric treatment. As a result, many Iranian women burned their scarves and veils and cut their hair in defiance of the country’s repressive and draconian laws. In and outside Iran, this incident has elicited sharp reactions. The UN, the USA, and many other nations have criticized the incident. All of these allegations, however, have been denied by Iran, which has termed it an internal matter. Yet, one is forced to ask why the internet was shut down post-incident if that were the case?

To modernize his country and instill a sense of national identity, the first Pahlavi Shah issued a decree prohibiting veiling in 1936; he also mandated European-style hats for men, the report states. The edict was repealed a few years later when the shah was forced into exile and his young son took over as ruler. Mohammad Reza Pahlavi expanded on his father’s secular, pro-Western stance, and as anti-government activism gained traction in the 1970s, many women consciously adopted headscarves or all-encompassing chadors as tangible rejections of the monarchy.

Even at the start of the post-revolutionary era, the report explains, the state’s efforts to impose and enforce the hijab met with fierce opposition.

In the weeks following the monarchy’s demise, hints of a crackdown on women’s dress sparked some of the first post-revolutionary protests, drawing thousands of women to the streets in March 1979 to warn that the new leadership’s imposition of headscarves threatened their rights. “There is an absence of freedom in the dawn of freedom,” their slogan went.[1]

This shows the real face of Islam, as well as what can be done by repressive rulers and authoritarian regimes. In a Muslim society, the brutal manner in which women’s voices are suppressed shows how significant they are. In the past, Iranian women wore clothes of their choice and enjoyed themselves without restriction, but today the social conditions are appalling.

If irony had a face, it would be what is happening in India today. The Islamist lobby wants to destabilize India and impose Shariah laws by imposing the hijab on Muslim women. Those belonging to the secular-liberal and feminazi brigade support Hijab here but remain silent on Iran. There are many interpretations and connotations associated with the hijab in the Quran and Hadith. But non-Muslims are confused by the hijab’s different uses in different Islamic countries.

There has been a focus on equality and liberalism for women throughout the Sanatan Parampara in India. These elements are creating an intentional imbalance in the context of that heritage. Before the entry of Abrahamic forces, India was not only modern and inclusive, but it was also progressive, holistically speaking. The hijab is not only prohibitory, and discriminatory but also restrictive, placing Muslim women at a disadvantage. The Islamic and leftist mafia pushing for the Hijab in the name of personal and religious rights smacks of a bigger conspiracy. However, Muslim women should realize that they are merely being used as pawns by these vested interests. The future of them and their upcoming generation will be ruined if they do not speak up now.