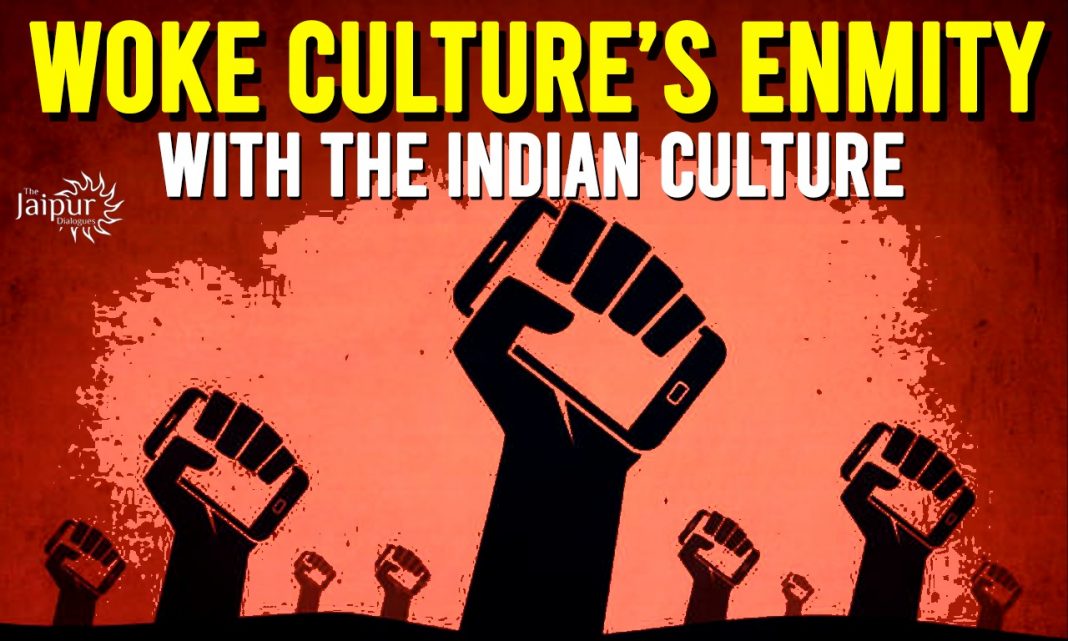 With the so-called ‘intellectual-wokes’ controlling and setting the narrative discourse run in our country, it sets a dangerous precedent and needs to be stopped, immediately.

Unfortunately, the Woke culture has permeated the Indian culture, and is negatively affecting the upcoming generations, =this is indeed a sad fact. While the recent incident in which Indian cricketers ‘took the knee’ in support of black lives exemplified how ‘woke culture’ has spread, this initiative was never taken by the woke celebrities in opposition to the injustice meted out to Hindus in India under the guise of religious extremism, a tragic reality. What happened on the cricket grounds was brought up by conservative British writer like Douglas Murray and Australian commentator Andrew Bolt, when they said, “But what about the caste system?”, this was a sad affliction on our accepted ‘woke culture’.

It’s time to face reality: Hindu lives don’t matter because who cares about Hindus facing survival threats in Bangladesh, Afghanistan and Pakistan? Hindus are important only when it comes to exploiting business opportunities and earning millions. Sad is how many ‘woke liberals’ are Hindu and they do not highlight the plight of Hindus in the world. Hindu lives do not matter, and their voices have never been heard, and that is a sad reality because who will speak up for the Kashmiri Hindus, who suffered in their own land?

This bitter desire to exterminate Hindus and Hinduism as a culture is not only sinister but has crossed the limits of humanity. In a student magazine published at a University in California, a picture of a flaming out Diya was included, commanding students to boycott Diwali. This was a direct attack on our rituals and customs, since flaming out Diyas are recognized as symbols of death and inauspiciousness in our culture. This is the same USA that harps day and night about fighting racism. However, no one dares raise their voices against Hindu Genocide occurring in Muslim majority countries like Bangladesh, Pakistan, etc. However, the West, or more specifically the flag-bearers of ‘liberalism’, the Americans, didn’t care about the natives or Red Indians, so what kind of concern should we expect from them?

These cruel behaviors are rooted in the same history of religious bigotry and racism that so-called woke culturalists claim to oppose. The discrepancy between Truth and logic propagated by the ‘cultural-wokes‘ isn’t a novel phenomenon. Hard-line Islamists and Christians supremacists have always targeted Hindus, a list to which the cultural wokes have now been added. One of the biggest concerns is that symptoms of ‘Hinduphobia’ are understood, but the underlying causes of the issue are rarely understood, and this has enabled Cultural Marxists to penetrate uncorrupted spaces of the corporate world. The unfortunate spread of Cultural Marxism within the corporate world totally contradicts the concept of corporatization. This is because the latter focus on making profits and products, and social justice does not fall under the ambit of capitalism, per se.

In addition to afflicting corporate culture, woke academicians are now targeting youth and children. This is because it’s easier to shape their minds to fit their beliefs rather than adults. As for the so-called wokes, it is sad that they are targeting children to further and perpetuate their nefarious objectives, and we can all see the unfortunate results. The current generation is influenced by the so-called ‘open and modern’ films, songs, and TV content, that air on multiple OTT platforms. This is reflected in the way the majority of these children are behaving in real life. This cultural misappropriation isn’t limited to various modes of entertainment but has also spread to academics. By sharing expropriated knowledge, we are damaging the ancient wisdom of our Bharat Varsha. Woke academicians are using books as a medium to teach racism, sexism, and any other ultra-modern concepts to children in a fashionable format to channel and mould their thinking in a said fashion.

“Wokeness” is a post-modernism trend, which is destructive, malevolent, troublesome, and a restrictive ideology, contrary to how it is promoted. Every free democratic society in the world is falling into its vicious trap because it promotes freedom of thought and speech under the guise of promoting freedom. Due to the institutional grip it is tightening on India’s academic, political, and cultural systems through the academic route, the challenge posed by these ‘neo-modernists’ must be addressed head-on and quickly. Politically woke culture isn’t only about being sensitive to the never-ending groups of people. Powered by malicious intentions, it is armed with weapons capable of destroying nationhood and pre-existing cultures long before the neo-Marxist paradigm, precisely which led to the Soviet Gorgon mutation and the rebirth of China’s Capitalist Totalitarian regime today.

With the intent of using ‘political correctness’ as a tool for yielding soft-power, the neo-Marxists have begun silencing the voice of the people, because they wish to supplant indigenous cultural and political paradigms by substituting their narrative of gender, equality, racism, and religious tolerance. The neo-Marxists crafted their strategies to counter the so-called ‘historical injustices,’ but their main objective is to undermine people’s rights to speech, thoughts, expressions, their ability to resist and organize, all this so that they can gain power over others. In reality, these free speech propagators create an illusion of political correctness but ultimately aim to control our freedom of speech and therefore our public discourse narratives. We are living in an unfortunate time that, in the land of Bhagwat Geeta, Arthashastra, Shanti Parva, et al freedom of speech, resistance, and cross-questioning were always affirmed and promoted as means for seeking truth to power but today people are being taught to speak in a particular way and tow a set line as our thoughts are channeled and filtered.

In addition to being infringing on our rights, this notion of regulated speech also strikes against the very essence and ethos of Indian value systems. While the Neo-Marxists have created an intense environment of hate and intolerance, where even if one raises their voice about being offended, others will come running with their own ‘self-generated’ concerns and false accusations of creating hostile spaces and an inhospitable environment, without bothering to scrutinize either their claims or their sources. This ‘woke-left’ movement has so corroded the intellectual ability to think and interpret that questioning reasoning is beyond humanity. This attack on our subconscious level by these people is damaging the healthy functioning of our modern-age societies and we aren’t doing justice to our great and rich cultural heritage, by blindly aping them. Just imagine what these woke-minded people would have said when Shree Krishna told Arjuna to uphold his Kshatriya Dharma and to be a warrior during the Mahabharata – there would have been an outburst over promoting ‘casteism’!

It is high time that people learn of the potential danger posed by these free-speech advocates because there is no such thing as a free lunch. Anything and everything has a cost, and here the cost is way too high. It has inhibited our right to unfettered and uncritical speech and thought, and this harms and threatens not only ourselves but also our society.