Rishi Sunak – A Proud Hindu Elected as UK’s Next PM 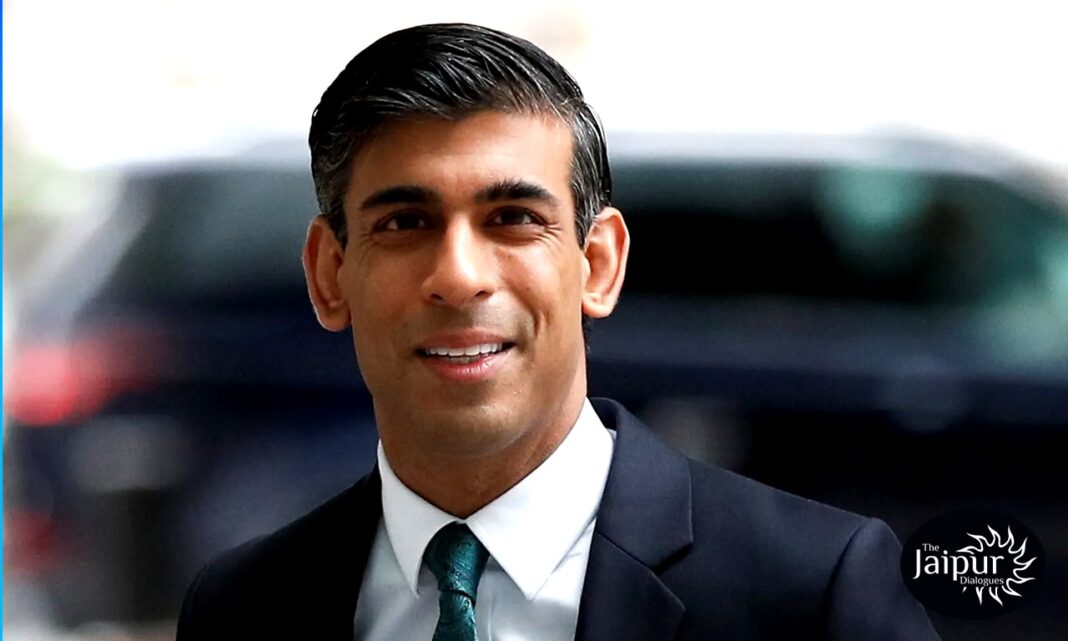 Rishi Sunak is the next prime minister of Britain, proving once again that Karma definitely strikes back. Racist, supremacist, and elitist Britishers who hate brown and dark-skinned people have elected a brown-skinned Indian. However, Sunak has been repeatedly attacked for being a proud Hindu since the announcement of his appointment as PM designate. Apparently, the outrageousness didn’t end there, as Pakistanis are now claiming he is of Pakistani descent. Pakistanis who hate and despise Hindus are now eager to claim Rishi Sunak as their own.

He has been continually mocked for being a proud Hindu. As recently as September, when he was not elected PM and performed Gau Sewa, he was under fire. The media has now circulated articles and images showing him as a beef eater and too wealthy. His image is deliberately maligned to discredit his diligent work and sully his Indian cultural heritage.

Sunak has been attacked both by Westerners and by the Indian liberal-leftist mafia. As far as targeting Hindus and the culture of Sanatani is concerned, the leftist cabal has always been at the forefront.

Ashok Swain, a prominent and rabid India hater, and Hinduphobic said the following “Despite all these antics, Rishi Sunak was soundly defeated by Liz Truss, and she becomes the new UK PM. Important to be true to yourself – UK is not UP.”

Despite all these antics Rishi Sunak was soundly defeated by Liz Truss and she becomes the new UK PM. Important to be true to yourself – UK is not UP. pic.twitter.com/vd5jnpHKTW

Indian human rights activists who are blinded in their activism continuously rant against Hindu culture. While they won’t speak a word on Bakr-Eid or Christmas, they continually criticize cow-worshipping in Sanatan.

As a result, the leftist cabal tries to discredit his reputation by portraying him as anti-Hindu and a beef eater. Rishi Sunak on the other hand had stated earlier, “British Indian is what I tick on the census, we have a category for it. I am thoroughly British, this is my home and my country, but my religious and cultural heritage is Indian, and my wife is Indian. I am open about being a Hindu.”

My constituency is home to hundreds of beef and lamb farmers and I am committed to supporting the fantastic industry they represent.

People’s food choices are their own. I would lead a government that champions our livestock farmers at home and abroad.https://t.co/ThHbAbhxz0 pic.twitter.com/rZ4ngtwCEB

Liz Truss, who resigned from her chair following a 45-day debacle as Prime Minister of the UK, has been replaced by Rishi Sunak. After her flawed economic policies forced her to resign, Truss lost the trust of nearly all of her MPs and two ministers.

Leftists are an interesting group with confused priorities. When Rishi Sunak lost his job, he was labeled ‘too Hindu’ and that UK would become Uttar Pradesh. Since Sunak became UK PM, he is now being labeled as not Hindu enough, since he supports beef consumption. In their hatred, the leftist gang has lost touch with reality and practicality on the ground. In spite of his origins, he is a British Prime Minister, and his priority will be safeguarding the interests of the British people. In the end, one does not have to compromise on their own personal faith, beliefs, and moral values. Ultimately, it remains to be seen how things will unfold, but Indians have once again shown their mettle, which is a positive sign.