G-20 and India’s Challenge to the Western Capitalist Expansionism 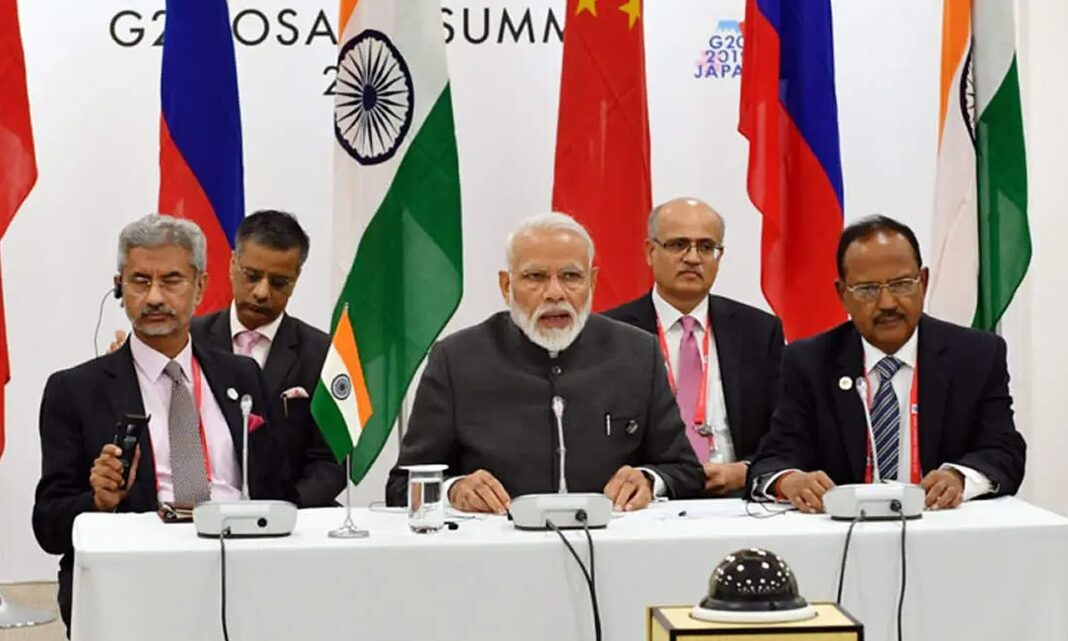 With the end of the World War II, there was a major shift in the whole power structure of the world. This power structure included political, economic, financial, social and cultural milieu. It was a time when the stringent European colonisation was loosening its grip, and Asian- African nations were getting independence. At the very peak of all these major shifts, an ideation of a globalised world took place, where the European powers along with that of United States of America had to recreate their positions. A position which does not directly imply the same authority and control enjoyed earlier, rather a more sly, vague and intricate pattern of institutionalisation that still can hold the reigns of resourcefully poor, post-colonial countries.

Stepping into 21st Century and G20

The response to these historical underpinnings was a close-knit, heavily interdependent and globalised world. So to say, a ‘free world’. India was one of the most promising countries to get independence and gain sovereignty. In the Nehru-Indira era of politics, India was heavily influenced by the socialist ideals propagated by Russia, which is a closed economic model to sustain their local industries. However, with the disintegration of the USSR, revival in the economic pattern came in, as neo-liberalism. At this very point, new economic reforms took place in India and other Asian countries. In the year 1999, a group of 20 countries was formed to discuss upon the policy frameworks through the leaders of central banks and ministers.

This was a stepping stone to the 21st century. IMF, World Bank and WTO began to expand their influence upon the policies. Concepts like Sustainable Development Goals (SDGs) and Millennium Development Goals (MDGs) were drafted and countries were asked to follow them while framing their individual policies.

This required the developing nations to get financial aids from these institutions, so these nations could implement the programmes and schemes. These goals included poverty alleviation, gender equality, and environmental conservation, etc.

G-20 is a group which accounts for around 80 percent of global economic output and 60 percent of the world’s population. At the very outset, this seems like a very cooperative world, where there are co-dependencies and interactions going on to mitigate the world’s biggest challenges. But on a deeper level, it reiterates the same story of colonisation which was said to be laid back around 50 years ago by the highly developed European nations, however in a well-curated manner.

Where there were free trade contracts, there were sanctions after the nuclear testing. Where there were aids for poverty alleviation, there were back-door funding for Christian conversions and creating anarchy. India was always at the position of a subdued economy which prevailed on the foreign aid and followed the footsteps of the developed nations. These restrictions and sanctions made sure that India is dependent on USA and other countries for technology.

How India Was Supressed

As of now, as India is presiding over the G-20, for 2022, again a drastic change is taking place over the global power structure. Within 30 years of span India has risen over a position which is not merely of a strong economic country, but a global leader who sets the Global Agenda. Recently, at Sharm-El-Sheikh, an event was hosted by India and United Nations, jointly, where LiFE framework was unveiled. It emphasises on the ethos of a sustainable lifestyle which demands a mindful utilisation of resources. PM Modi is insistent upon discussing this concept as the focus area of discussion and action during India’s presidency of G-20.

Why is this a huge change? In the previous decades, where there was a mindless industrialisation and exploitation of natural as well as human resources and an incessant promotion of consumerism, which was promoted by the West and which had to be abided by the developing nations; has now been counteracted. Western countries were shocked when India was able to get cheaper petroleum from Russia, and they were condemning it on a moralistic ground. But India stood tall, while putting her national interest on priority.

There are instances that show, how developed nations like, Denmark and Netherlands extract and exploit the biomass from the African countries keeping their environment clean. In last two years, we have also seen that how developed nations were forcing the developing nations to curb their carbon emissions by subduing their manufacturing capacities. This shows the patterns of neo-colonialist approach, which is the strategic policy of the West.

Exploitative mentality of the West which was a threat to the nature, the biodiversity, human health and the planet as a whole, is now being challenged.

India’s challenge to The West

While West always talks about equality, freedom and sustainability, these are mere talks and no action. The action is demanded from the countries which are still developing and dependent on developed countries. We can see that during COVID pandemic when India was continuously sending away food grains and vaccines to the small countries, how hesitant USA was, to share their resources. Continuously India was targeted through Western media upon mismanagement during the pandemic. However, they were successfully able to hide their incompetence and inefficiency, otherwise being so resourceful.

India has been able to curb most of the challenges while indigenizing her military strength and progressing leaps and bounds in Space technology. In the recent multidimensional poverty report, India’s mettle has been proved by showing that India has brought out 50 million people out of poverty.

Celebration of yoga day is mark of the expression of India’s spiritual strength which is now the basic need of human existence in this chaotic world. All these instances are proving again and again, what the West had given the world and what Indian civilization is being giving to the world. India has plethora of significant things to give to the world, which had always been shared since millennium.