Hindumisia on Rise Across the USA 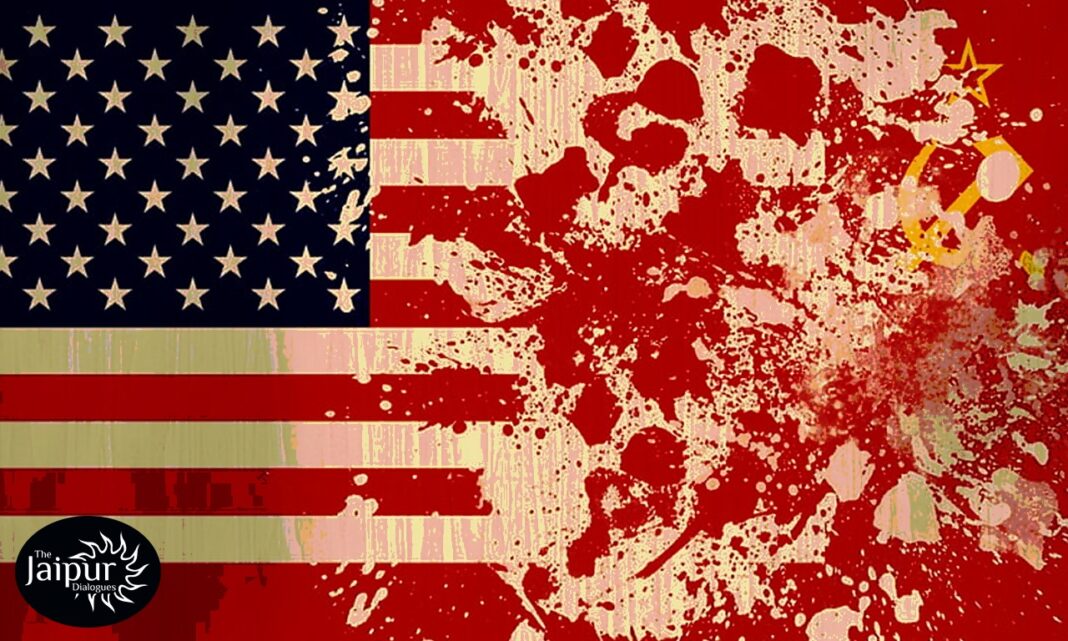 Hating Sanatan Dharma has become a trend in the Woke culture. From mocking our Bhagwans, to dismantling our traditions through media entertainment. Hinduism is now recognized by dismantling its so called orthodoxy. The grace, the magnanimity is targeted as something downgrading. But these people don’t know the kind of hate-mongering done from their side is a blatant show of savagery and hindumisia.

Oldest democracy in the world is becoming intolerant day by day. In the recent reports of crime in California a serious crime has come in the forefront. A man name Johnson has attacked 14 Hindu women over the span of two months. He used to steal and forcefully remove jewellery from the women. And attacked and hurt them in the age group of 50 to 73. The office of attorney specifically stated that, his victims were wearing saree, bindi or other types of ethnic wear when they were attacked.

This clearly seen as a racial crime. An act of Hindumisia. This psychotic behaviour has to do with the kind of brainwashing done in academia, religious places and through media.

According to the district Attorney of Sant Clara County, Jeff Rosen, that the punishment for those will be severe who attacked others because of their nationality or ethnicity.

The DA says there may be more victims & they’re looking for people to come forward.

The @HinduAmerican Foundation applauds the charging— saying during a time of increased attacks they’d like to see more counties charge crimes on #aapi victims at hate crimes. #StopAAPIHate pic.twitter.com/wenxaOSeAJ

“While targeting the un or ill-defined term Hindutva, the real peril is Hindu- hatred masquerading as intellectual activism. Hindu hatred, let us not forget may lead to Hinducide.”

When it comes to hating Hindus for everything they are, they have and they own, is Hindumisia. And it was once a phenomenon deliberately neglected by the largest section of the world. But as the voice of a united Hindu has risen in the world, this term has now been used. Sanatan Dharm, has always shown tolerance, which can be qualified a kind of meekness. Mocking our bhagwans, mocking our culture and everything that seemed different from the western set of perspective. For the major line of academia and journos India has been a land of snake-charmers. And this mockery which was shaped due to our past colonised state, poverty and incompetent leadership. But over the years, when the west recognized the supreme power, organic truth and unique attraction in the Hindu Knowledge System, they couldn’t ignore us. And thus began the actions of spewing venom and hating.

We have added a new section #HandlesOfInterest from this month onwards. (2/4) pic.twitter.com/ugVM2vei76

It should never be ignored, that Hindus are under attack everywhere in the world. In the times of ethnic wars, the most tolerant will be erased. And that is the law of nature. Targeting women and children is the easiest thing. Adopting Shakti is the only way to lead. Mental, physical, material power would lead us to ultimate unity and victory.