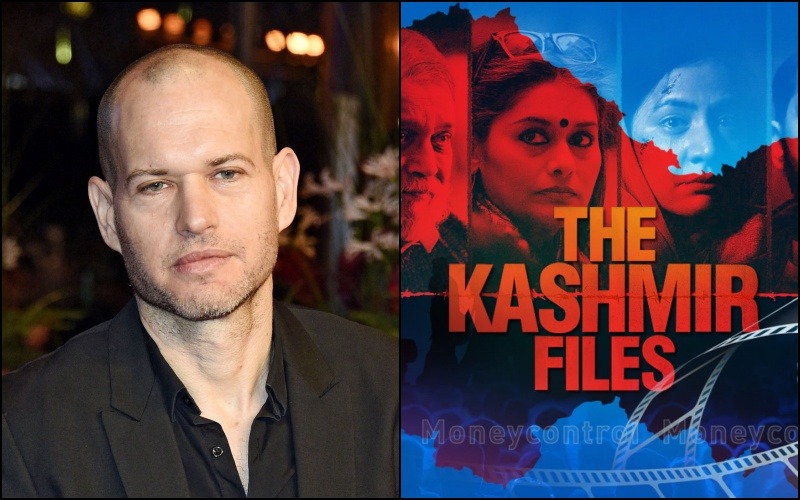 At the recently held IFFI event in Goa, Israeli filmmaker Nadav Lapid stoked an unnecessary controversy by describing the movie ‘The Kashmir Files’ as vulgar and propaganda. Despite Nadav’s claim that the entire jury shared his views, the other jury members disassociated themselves from it.

Nadav is a Habitual Offender

Although it is astonishing that a foreign national could have the audacity to openly criticize an Indian movie on an Indian platform, based on the harsh reality of the trauma Hindus have suffered. Nadav Lapid ‘s hatred and vileness toward the movie are evidence of his Hinduphobic attitude. Nadav Lapid is a member of the global leftist cabal, one who hates anything and everything that reflects the reality of global minorities. If someone is that heartless and ruthless in their refusal to acknowledge the atrocities faced by their ancestors, then expecting empathy and understanding from such individuals is foolish.

There can be no expectation that such people will be genuine or considerate of the concerns of the people.

Nadav Lapid is a Palestinian supporter and sympathizer who often opposes his own country, Israel. His criticism of Israel and the daily struggle of Israelis against their Islamic neighbors has been vocal. An interview he gave in 2019 described Israel as having a sick soul as a collective. He said, “The film talks about the collective Israeli soul, and the Israeli collective soul is a sick soul. Something in the deepest essence of Israeli existence is false – it is rotten. It’s not just Benjamin Netanyahu – it’s not special to Israel. But, at the same time, I think this Israeli sickness or nature is characterized by young Israeli men who are muscular, smiling, who don’t raise any questions, and don’t have any doubts. They are extremely proud of being Israeli. They have a total dichotomist vision of existence: Us versus all the others.”

It is despicable to refer to the Kashmiri Hindu exodus as vulgar. Torture, brutalization, assault, abuse, and terror were nothing short of blatant human genocide during the 1990 exodus. Therefore, terming a movie, depicting the grim reality is nothing but reflects the perverted mindset of such an individual.

An open letter to #NadavLapid following his criticism of #KashmirFiles. It’s not in Hebrew because I wanted our Indian brothers and sisters to be able to understand. It is also relatively long so I’ll give you the bottom line first. YOU SHOULD BE ASHAMED. Here’s why: pic.twitter.com/8YpSQGMXIR

The criticism of Nadav Lapid’s unwarranted comments did not bog him down, rather he was adamant that what he said was necessary. He said he had a duty to raise questions when propaganda was being peddled and was unfazed by it. He described Vivek Agnihotri’s film as crude, manipulative, and violent. As the outrage raged on, Nadav was forced to apologize, playing the perennial card that his words were misinterpreted. He appears to have offered a half-baked apology, one conceived as a way to mend what he did and to avoid the backlash. It is critical to understand that people like Nadav are habitual hate-mongers who will always propagate and peddle lies in order to achieve their own vicious ends.

India and Israel have long-standing ties, due to the commonality of historical atrocities. But the way in which a relatively unknown and not-so-creditworthy filmmaker was invited to participate in the chief jury demonstrates the administration’s unpreparedness. In a time when India is under attack from all sides, giving an open platform to such people who tend to stir unnecessary controversy doesn’t bode well. Those involved in such events, including government officials, politicians, and others, should be cautious and ensure that all credentials are verified. Nevertheless, everyone involved should take this as a learning experience and be aware that India does not need validation from some ‘self-entitled’ peace ambassadors.