Hike in Christmas Fever Among Hindus, Stop This! 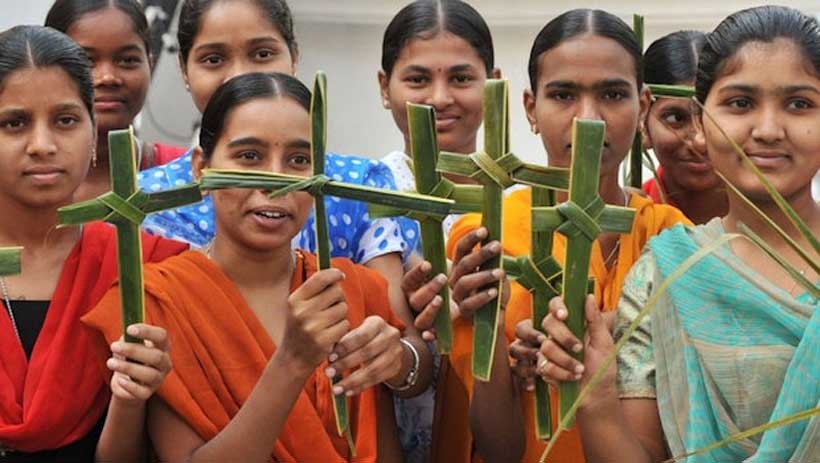 Christianity through Christmas has taken the form of a kind of universal festival which is engulfing the local celebrations and ethos and merging them into something totally Abrahamic. In the name of ‘grand’ and ‘western’ and with a beautiful face of joy, love and peace, Christianity hides its ugly face behind the façade of Christmas celebrations. And how Hindus are being lured into the Christmas celebrations, signify the brainwashing and a complete ignorance of the vile agenda behind this so- called Christian festival.

Christmas was originally a pagan festival celebrated during winter solstice and had a very important relations with the natural phenomenon. This pagan festival not only commemorated the figurative birthday of the sun in the renewal of its course, but it also was celebrated (on December 24) among the Sabeans of Arabia, as the birthday of the “Lord Moon”.  [1]https://www.goodnewsaboutgod.com/studies/holidays2.htmBut as the run for proselytizing the masses began, Church sabotaged the festival and began propagating it as the birthday of Jesus Christ.

Abrahamic religions on the one place hate the ‘non-believers’, but on the other juggle every which way to bring those into the fold of ‘believer’. In this tug-of war where does Hindu stand? Why Hindus should not succumb to Christmas celebrations and Christian fold?

And the above statements not only stand true historically but are hard core truths that Hindus have faced since 1500s, when Portuguese Christians first entered Bharat. The totalitarian and tyrant ecosystem they could create while being outsiders and such a minority, what extent they can go to when they are in majority?

Eminent scholar Shri Rajiv Dixit deliberately portrays the total schema of how the world is slowly being Christianised by digesting everything that renders a different aspect than Christian faith. Globalising world order have all the means and methods to remove, especially Hindus from their very “Hinduness”. If one tries to interpret, what is your and what is mine, then Hinduism stands at the verge of Universal Consciousness and living life according to the order of ‘prakriti’. But when it comes to modern globalised world, those who vouch for climate justice, eco-sensitivity are the ones who consider ‘prakriti’ as their tool.

The way the indigenous cultures have been decimated and cleansed in every part of the world, does not become the part of the World History courses. Rather, backwardness of Hindus is sung on a repeated tape.

Religion of Church considers every other entity worshipped other than them as ‘Satan’ and filthy. The lovey-dovey Santa Claus that has become the most sought for things during Christians historically goes back to Myra (Turkey). Like any other Christian ‘Father’ or ‘saint’, Santa Claus never liked the great Temple of Artemis in Myra. So, when Constantine became the first ever Christian Emperor, he used this chance to destroy this great temple. The image of Santa Claus who was originally St. Nicholas can be seen destroying the Goddess Artemis’ statue.

The current form of Santa Claus that we see has come down to us from the advertisements and campaigns beginning from 1800s. Ad of Coca Cola in 1931 brought the Christmas image of Santa Claus.

Unawareness of Hindus has always made them dig the pits for themselves to fall, and Christmas celebration is one such practice which has been rampantly increasing among the Hindus of small cities and interiors. However, missionary schools and churches are not a new phenomenon to Indians, but until past 20 years Christmas was not celebrated in the Houses of Hindus. It was something promoted through television or nearby Churches or schools. But with the rise of a modernist-secular attitude in the 21st century Hindus, Corporates and big businesses have been more than successful in spreading Christmas celebration. This strikes a straight cord that Christianity is a politico-economic agenda of infusing their ideology and eradicating the truth. A whole consumerist marketing propaganda is displayed to lure people without showing much of a religious semblance. Partying, Christmas cakes, Santa Claus, gifts, wines and fun becomes the hallmark of a so- called classless Christmas celebration.

Stop this suicide Hindus, and come out of the deep-slumber you are in. Realize your true identity and decimate Christian propagandists.