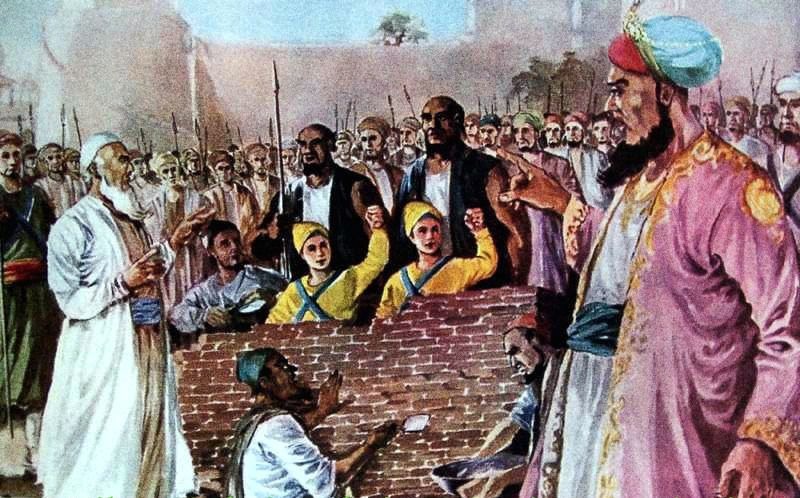 One of the most tragic and heart breaking events in world history is the martyrdom of Guru Gobind Singh Ji’s four sons. While this incident on 26 December(Baal Diwas), certainly illustrates the ugliness of human brutality, it also showcases the Sahibzada’s peak fighting spirit and the ethos of Sanatan Dharma and Khalsa.

Baba Fateh Singh who was 6 years old and Baba Zorawar Singh who was 9 years old glorify this day as the greatest of Martyrs in the world. And therefore, Veer Baal Diwas is celebrated.

The Mughals and the hill chiefs had their armies surround Anandpur Sahib in the year 1704 CE. The length of the siege prompted the enemy to negotiate with Guru Gobind Singh. Once Guru Ji had left Anandpur Sahib, he was to be allowed to continue on his way without interference per the terms of the agreement.

The enemy abandoned their oaths and began pursuing the Guru after he abandoned the fort. The fierce battle broke out as they neared the river Sarsa. The Guru’s two younger sons Baba Fateh singh and Baba Zorawar Singh, and Mata Gujri became separated from the rest of the caravan, during the chaotic battle.

Mata Gujri and the two son’s met the Guru’s cook, Gangu. Gangu’s ill intentions and dishonesty led to this dreadful fate of the two Sahibzadas. He contacted authorities in Morinda and their mother and her children were taken into custody. The police officer from Morinda turned over the mother and her children to authorities from Sirhind province. When someone you trust betrays you like this, the tragedy hits really hard.

They spent the chilly December nights locked up in a tower at Sirhind Fort. Rarely has anyone in human history been subjected to such a massive and challenging examination. Bhai Moti Ram Mehra, despite the state’s harshness, risked his life to bring milk and water to these courageous fighters. Bhai Moti Ram Mehra and his family were sentenced to death by torture in Kohlu at the king’s direction. The kids were taken into court in Sirhind the following day. There were attempts to coerce and entice Baba Fateh Singh and Baba Zorawar Singh into accepting Din-e-Mohammad in the courtroom. Where will you go now that they’ve lied to you and said your father was killed? Kids steadfastly refused to abandon their faith.

Qazi issued a fatwa ordering the children to be buried within the building’s walls. Mortar-filled walls were built around their bodies as they stood. When the wall got to people’s shoulders, it supposedly collapsed. Little children, who looked like flowers, lay on the ground, their bodies unconscious.

The killing of children has now been ordered. The heads and bodies of the two kids were cut off by Saashal Beg and Baashal Beg, two executioners in Samana.

Some people tried to mentally seduce him. You just can’t fathom how they were able to take it. The two great souls, Baba Fateh Singh and Baba Zorawar Singh sacrificed their lives for the Dharma. This is an unparalleled event in history.  This Veer Baal Diwas, every Sanatani must repay this debt of these great souls by atleast remembering them and teaching this spirit of sacrifice to our coming generations.