Pakistan under the Claws of Taliban 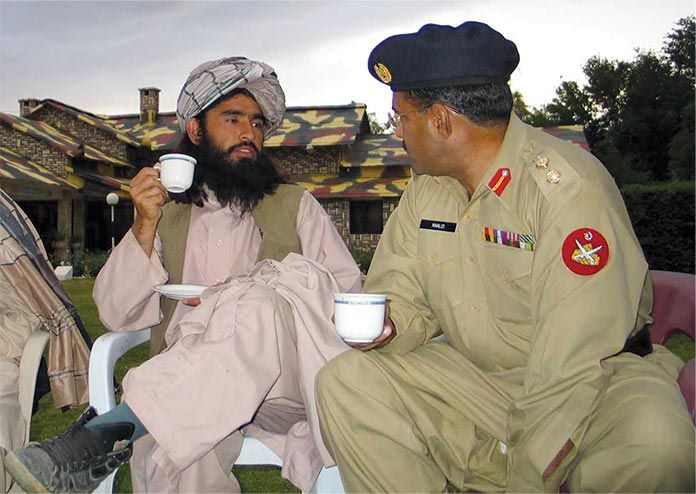 Pakistan is fighting a losing war where there is no hope for winning, however they are expert in empty threats. Pakistan is trying to hide the real situation going on in their country, while spewing poison against India. Pakistan military leaders are talking about their high competency of carrying out missions in India, but what actually is their real, facts reveal it differently.

Pakistan is surrounded by Afghans, the Tehreek-e-Taliban (TTP), which is really powerful at the moment. The religious configuration of these two countries, i.e. Pakistan and Afghanistan is similar, but their internal strife of dominance is not hindered by religion. Pakistan is a country which one itself created the group Tehreek-e- Taliban but now itself is stormed by Talibanis. The Pak- Afghan border is burning and the Indian Subcontinent is sliding in the verge of a long drawn instability.

On the other hand Baloch Army is ready for the fight against the Pakistani establishment. Now Pakistan is a fallen state, all bankrupt and the rebel groups are all active now.

The religious State Pakistan, which has been trampling lives of Hindus, Baloch and Sindhis for years is now facing the consequences.

Pakistan is fearful and suspicious of an emerging nexus between the Tehreek-e-Taliban and the Baloch. His Pakistan army is so afraid of the heinous treatment they will be catered with if get caught by Talibanis.

Pakistan’s nuclear power is dishevelled and unconsolidated, of which they always threaten about being a Nuclear power. Pakistan’s army is struggling to get weapons, salaries are meagre for the soldiers while the Military generals and leaders are enjoying luxury Armoured BMWs. Army leaders are living a lavish life of just using the money they get as aids from America and Europe while the economy is completely bankrupt.

Pakistan has reached at the stage of default but the over sumptuousness of their leaders is everyday visible through media. The oil reserves of the country are near empty and the kind of price hike common Pakistanis are facing is all known.

The armouries and the so called super- missiles like Ghazni have just become outdated and ineffective. Army is completely incompetent with their logistics, so how can they really dream of invading India? This is a mere fetish and random chest thumping by the unworthy leaders of Pakistan.

A country that has lived on Jihad and accumulating resources to spread their Jihadi ideology is itself struck by Jihadis now. Because for Islam, this is a known concept that until the last Muslim is alive, his hand and leg will fight against each other. So the diseased ideology of Jihad and Islam goes hand in hand, and never leaves a chance to destruct. Because construction and creation is a far distant ideal for the desert cult.

However, Pakistan as a country formed on the basis of pure religious connotations, has long posed itself to be a democracy or a very refined aristocratic state, but now they are prone to their own poison. And this poison of Jihad is surely going to bring their downfall, very early.