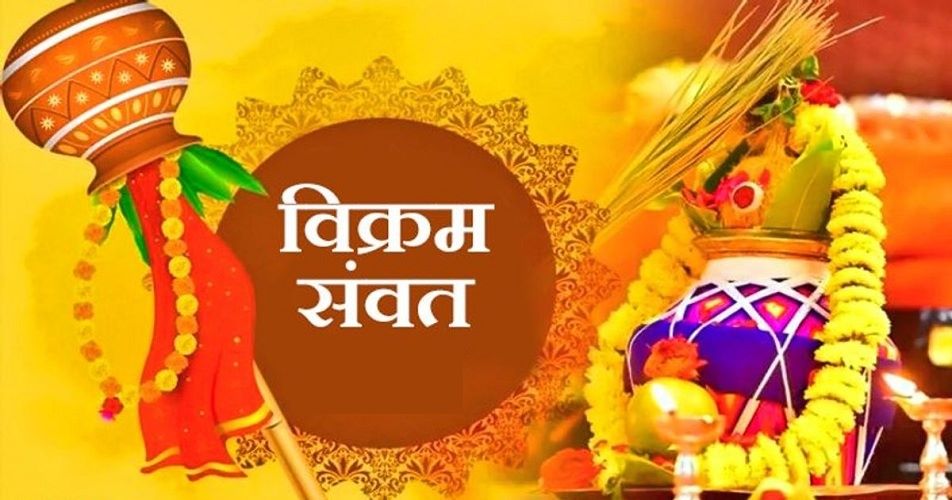 When the New Year 2023 ball drops at the Times Square, the world will usher in the New Year 2023, usually inebriated, stuck in traffic, getting in bar fights or all of the above. While that is a perfectly demented manner to welcome a New Year in your life, is it New Year 2023? Additionally, there are also fire crackers but don’t worry, they don’t add to the pollution as long as they are burst in celebration of non Sanãtani festivities or in this case the New Year 2023 celebrations.

Sanãtan Dharma, unlike other religions, has a different version of time; we do not have a linear timeline. So while the world celebrates New Year 2023, let us first define the unit of time before discussing the timeline of Sanãtana Dharma.

A Divya Ahoratra, or day of the gods, is one human year. 360 Divya Ahoratra is also known as Divya Varsha. Alternatively, 1 year of gods. 1 Chaturyuga equals 12,000 Divya Varshas (Krita, Treta, Dwapara, and Kali). 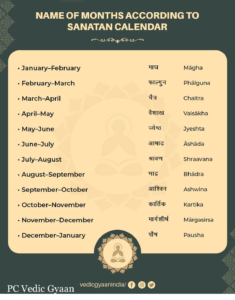 We are in the 51st year of Brahmas, according to the Sankalpa that we read.

The time since the Big Bang is 13,79,90,000 years. As a result, Sanãtan Dharma existed before the existence of the universe and will continue to exist after the universe dies.

Sanãtan Dharma is timeless and eternal.

Meanwhile, Julius Caesar authorised a reformed system of dating known as the Julian Calendar in 46 BCE. To make up for previous years’ mistakes, Caesar decided to give the first year 445 days. Not surprisingly, 46 BCE was dubbed “The Year of Confusion” later on. Pope Gregory VIII instituted a reformation in 1582 to return the calendar to its ‘correct’ schedule. However, he estimated only a 10-day adjustment.

The new system was reviled by many Christians. For one thing, New Year’s Day, which had previously been celebrated on March 25th, had to be moved to January 1st. The main topic of conversation, however, was Easter Sunday. The Christian ecclesiastical calendar was founded on the belief that Jesus’ resurrection occurred on a Sunday, and thus Easter should always fall on a Sunday. Later, it was decided that Easter Sunday should be observed on the Sunday following the first full moon following the spring equinox.

Another intriguing point is the year in which the current Gregorian calendar begins, the ‘year of grace,’ which represents the year in which Jesus was born and the beginning of the Christian Era. The year is followed by the initials ‘AD,’ which stand for ‘Anno Domini,’ which means ‘in the year of our Lord,’ in Latin. But the Bible makes it abundantly clear that Jesus was born while King Herod, who passed away in 4 BC, was in power.

King Vikram, also known as Vikramaditya, is credited with establishing the Vikram Era. It is widely assumed that Vikramaditya was born into the Gardabhilla royal family and rose to become a noble and illustrious ruler of the Malwa region, the capital of which is the picturesque city of Ujjain. Inscriptions from the first century BCE confirm the existence of a ‘Malav’ people and a brave leader named ‘Vikram’. The name Vikram has since come to be associated with bravery because Vikram was so courageous. 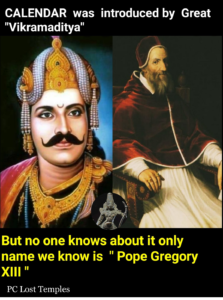 Vikram was regarded as a highly noble monarch who treated everyone of his subjects as if they were his own offspring and provided them with refuge. He frequently pretended to be a commoner and socialised with the villagers in order to become familiar with their problems and better help them. The tribe of Malav’s ancestors had previously been severely defeated by Greek invaders. Due to this, the tribe was compelled to descend to Malwa, where they settled and solidified their position. Vikram vanquished the Greek invasion after ascending to the throne and brought stability and prosperity to Malwa. And it was in that year, 57 BCE, that he started his own era, known as Vikram Samvat.

While we go along with the calendar and timelines of the west for all purposes and convenience to navigate and communicate with the world, let us not be strangers to our own heritage. So while the world is out celebrating New Year 2023, the Sanãtanis look forward to heralding the Vikram Samvat timeline with the ceremonial festivities.