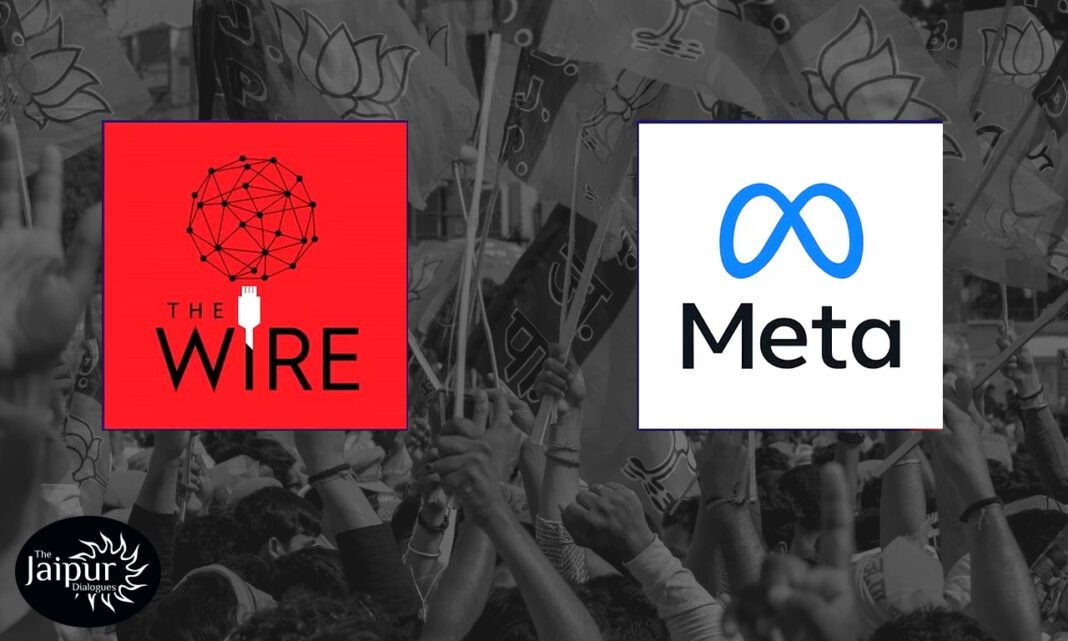 It has been a royal collapse of the propagandist left media. The Wire and other leftist media houses have built their reputations on lying and gaining fake sympathy. The dominance of these media houses shows how much of a victim card they play and how much unnecessary fuss they raise. This latest victim-card by The Wire has now fallen flat on its face as they’ve bitten off more than they can chew.

The Wire falsely claimed that Meta had granted Amit Malviya VIP privileges under the program X-Check to BJP’s IT Cell Chief. As a result of these false claims, The Wire believed Malviya got more than 700 posts removed from Instagram, unhindered. A nondescript user informed The Wire that their Instagram posts were being removed. Furthermore, they wish to portray Meta and other tech giants as working on Malviya’s orders since he belongs to the ruling party. The accusation that Malviya would pursue after some random account, sounds dubious from the start.

Following the fiasco, Meta had to say that all documents sourced by The Wire to prove their stand were fabricated.

For further proof that the emails they were claiming were from an executive at Meta, The Wire brought in ‘independent experts’.

They were exposed when one of the experts, Ujjwal Kumar, whose name was in the screenshots they posted, asked them to remove it.

The Wire has conveniently played the victim card and has refused to provide their insider information source. Attempts have been made to portray Meta, a global organization as the perennial villain. Meta has categorically denied any involvement and stated that the documents and proofs provided by The Wire are false. Wire wants to play the Indian card, an identity they were never proud of against an MNC. The Wire now wants to escape the burden of telling the truth after wildly distorting facts. 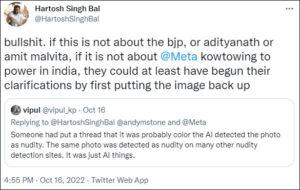 Even perennial Modi-haters have been cast into doubt by the Wire’s amazing storytelling. ‘Tek fog’, a spybug according to The Wire, is an imaginary app with superhuman powers, aimed at tracking journalists. Instead of owning up to their deliberate goof up propaganda, which has backfired, they have started crying. The Wire’s deliberate attempt to garner attention is just a ploy to grab attention by dragging the BJP into their mess.

There are many other publications who side with The Wire and question the Meta, such as The Scroll, Caravan, The Independent and many others. As they say, birds of a feather flock together.

Now that The Wire has failed to factually challenge the BJP and the international tech-giant, they’re conveniently backing out. Their attempts to discredit Meta in the absence of proper proof made their case weaker.

The ideological-political bias and hatred propagated by the leftist cabal shows that they are of no good. Their existence is a threat to the national security and integrity of the nation. The deliberate insinuations and fake news peddling have created instability across the whole country. This time, The Wire has fallen into a trap it created for itself, one which has exposed their reality. Even their supporters have little choice this time since their can of worms is out in the open. It’s time to see how this drama plays out, since the leftist cabal is only trying to save its face now. It is an ignominy they have brought upon themselves, and one they deserve.