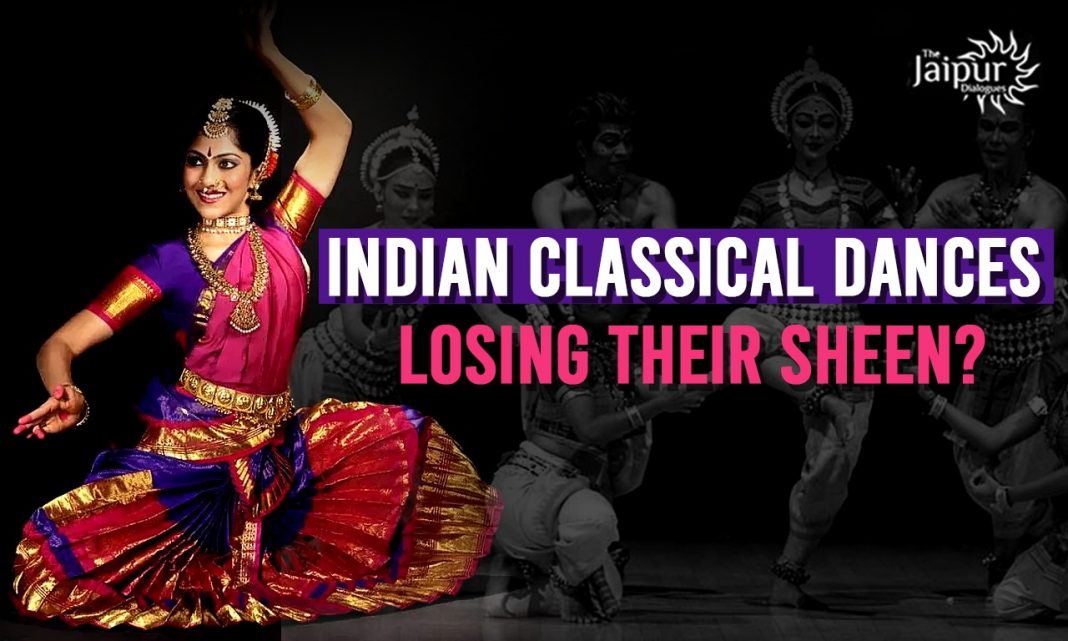 Every civilization has its own traditions and customs that define its distinctive identity. People who follow, celebrate, and carry it become a part of its legacy, which is passed on from generation to generation. Festivals, food, clothing, dances, drama, etc. each depict a particular story and how people express their feelings. There are certain messages conveyed by dances such as Salsa, Tango, Ballet, Odissi, Bharatnatyam, etc. Traditionally, people are distinguished by their beliefs and traditions.

The beauty of Indian Classical Dances

Within the Indian context, dance was and remains an integral part of our society and culture. The art of dancing embodies grace, fluidity, charm, elegance, beauty, expressions, and subtle messages. A classical dancer must possess discipline, sincerity, commitment, love, and an inherent respect for the art. In order to master Indian classical dance, one must dedicate years and years of practice, even a lifetime can’t begin to give one a full understanding of the art. In recent years, practicing these traditional forms has become more commercial than spiritual.

Not only Indian classical dances convey love toward the deity and connect with God, but they also help evolve spirituality.

Dance originated as an expression of deep-rooted consciousness, but today excessive glamour has caused people to deviate from it. Today, people are mostly concerned with publicity, adulation, fame, money, and easy access to popularity. As a result, people don’t solely focus on the intricacies of the dances and learn half-baked skills.

It is true that performers seek adulation, love, success, and name in their field, but when it becomes the goal… the results are evident to all. Our ancient cultural practices were not only full of devotion but also focused on love. The term ‘Devadasis’, which unfortunately is viewed in a negative light nowadays, refers to performers who performed solely for their deity. Regardless of whether an audience was present or not, their only aim was to perform before the deity within the temple. It was only their unadulterated love that kept them absorbed in the performance. They didn’t even need music for this, as they sang themselves while dancing on Padams (love songs of the god). Dance like that was just between the dancer and the deity. As a matter of fact, Devadasi’s dance had divine quality, which is unfortunately not the case today.

Many people have begun to degrade sacred art forms in the quest for instant fame and money. Compared to dance in the past, the dance of today is anything but spiritual. There is a stark difference between now and the past in the creative output of composers, musicians, and dancers. From Vedic times to the Tanjore Quartet’s repertoire two hundred years ago, the dance had evolved significantly. The Tanjore Quartet repertoire remains unchanged without any further improvisation or development. Compared to the ingenuity, creativity, and grandeur of the Tanjore Quartet, no further development has been worthwhile.

If a performer is engulfed in a sense of pride, arrogance, and overconfidence, it overpowers their ability. Unfortunately, we see arrogance among dancers. Resultantly, there has been virtually no innovation in the dance forms left by our ancestors.

Currently, the sacred Guru-shishya Parampara has receded into the background and is virtually non-existent. Teachers today are more focused on gaining mass popularity and prefer to perform for an audience. Instead of investing their skills and time in educating others, they prefer to do this. It’s okay to become globe-trotters and achieve fame, but not at the cost of compromising their skills. Fair to say, students also find these activities fascinating and learn the “tricks of the trade” from their teachers.

Instead of expressing their emotions, performers majorly seek public attention to satisfy their egos. Learning, wisdom, and ego can’t go hand-in-hand, which is a basic Sanatani principle. In order to earn the grace of the divine, factors like arrogance and boasting must be kept out of the picture when we talk about devotion, connection, and spiritual commitments.  The divine has no ego, and that’s an invaluable lesson to learn.

Sanatan Dharma is based on love, oneness, obeisance, and respect, and that is reflected in our forms of expression. In general, any deviation from the original purpose of intent diminishes the value of the craft. This means that these forms of expression have a deeper significance than just entertainment and money-making. Sanatanis believe in worshiping their art instead of selling it, which is what sets us apart from the rest.