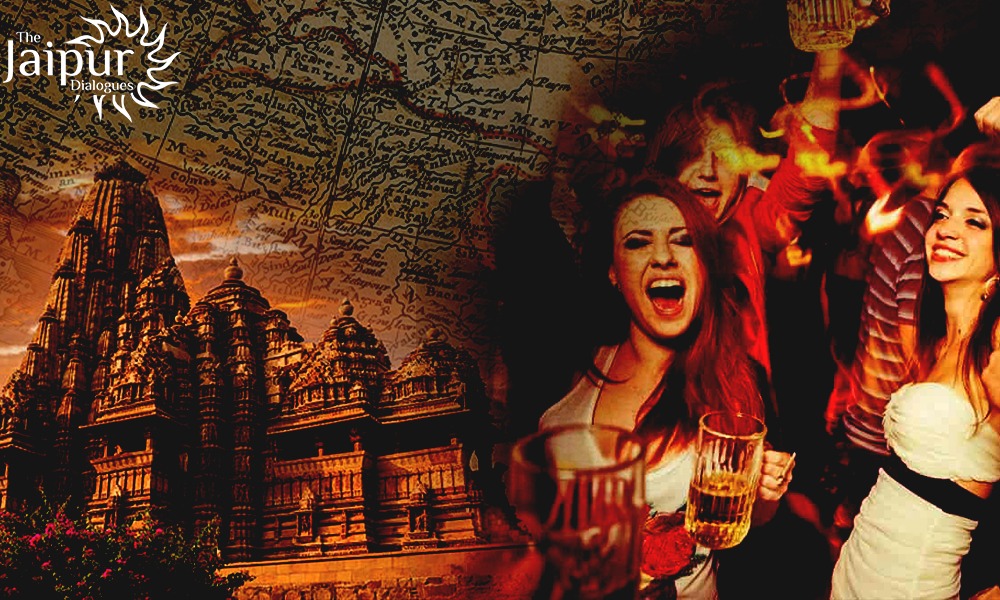 ‘Do good, not bad’: a phrase that is no more fashionable. ‘Do what is right, not what is wrong’, ‘do as your parents say’, ‘respect your elders’, ‘be a good human being’ are all examples of other such out-of-fashion statements, no more in widespread use. One might ask, are they indeed out-of-fashion? And to get an answer, all one has to do is try to recall the last time they came across one of the above phrases? When was the last time one heard a celebrity espouse their infinite wisdom into uttering one of the above statements (if ever)? When was the last time, one heard a professor say so? When was the last time, a friend told his/her friends: ‘do as your parents say’ or ‘respect your elders’ and not simply recommend the next Justin Bieber song they should listen to? For most people, ‘the last time’ was a long time back. For the new seeds, being uncultured is the new form of culture which is un-Indian in every sense.

The missing-phrases mentioned above are only a tiny subset of a much bigger story. The story of the ongoing assault on culture.

Culture has many definitions. But, what is ‘culture’ in the Indian context? Rajaji’s understanding of it is perhaps one of the better ones: “Culture is not just art or literature or dancing or music or painting as it prevails among a people. It is the pattern of behavior generally accepted by a people. Culture is very far from freedom. No man of culture feels free. He imposes on himself all sorts of restraints. So then, the culture of a people is the pattern of restraints that people have as a whole, after trial and error through generations, settled down to accept, in the interest of social order and happiness. The way of life, the pattern of behavior accepted as correct and esteemed by the people of India as worthy, by the common folk as well as by the enlightened, is the way of ‘self-control’ as laid down in the Upanishads and the Bhagavad Gita.” – in his inaugural address to the annual conference of the Indian committee for cultural freedom in 1953, C. Rajagopalachari.

The complete absence of the expression in any form, of that of morality, values and righteous conduct, in the public square and increasingly in private too, is evidence of the constant decaying of our cultural values, traditions and norms and our ‘way of life’ that has helped sustain this civilization for so long amidst many challenges. Respect, obligations, humility, prudence, and merit have been thrown out of the window. And instead, secondary virtues like, kindness, compassion, and absurd concepts like equality of outcome, dominate the political, social and cultural landscape.

The focal point of the attack, has been at the very central theme of our culture: the idea of ‘self-control’ which Rajaji described as: the pattern of restraints that people as a whole, after trial and error through generations, settled down to accept, in the interest of social order and happiness. And once the central pillar comes under attack, it is only so long before the house starts to crumble. The crumble and decay is evident in almost all manifestations of culture, from art and architecture, to dance and music to education and social norms.

Architecture, one that inhabits in itself the true essence of culture and beauty like the Akshardham Temple in Delhi, like the ISKCON Temple in Mayapur, like the Victoria Memorial in Kolkata, like the Amba Vikas Palace in Mysore, like the Taj Mahal in Agra are few and far between and increasingly disappearing. Modern architecture that drowns our cities, consisting of glass, steel and concrete is purely mechanical, random geometric shapes haphazardly arranged and put on display. So that instead of looking at them, we try not to.

Unlike classical forms of dance which is a continuation of tradition and is primarily a form of storytelling, modern dance in some of its most modern avatars is all about the body. It is often overly sexualized (as are too many things these days) and devoid of any core meaning or values.

There is perhaps very little in this world that is as corrosive to the human soul as modern music and India is certainly no exception.  I do not know of anyone who heard a Honey Singh song and found an affirmation towards life through it. I do know of many people who found a greater appreciation towards life by listening to Ranbindra Sangeet.  The problem obviously is there is only one Rabindranath Tagore but many Honey Singhs. We are drowning in music that begs our attention but does not deserve it.

The same is true for most art forms. Same is true for the bland and hollow education we are imparted in our schools. Same is true for our falling social standards with regards to manners, respect, discipline and conduct.  The doing of anti-culture is not only the production these spoiled versions of things but to erase the distinction between good and bad so that a critique of the bad song, the bad dance, the bad architecture, the bad art, the bad behavior, becomes impossible.

This phenomenon is by no means restricted to India. It is prevalent in much of the free world and especially in the West, where the propagation of and damage done by anti-culture has been of the highest magnitude compared to anywhere else in the world in recent times. The origins of many of these anti-cultural forces can be traced back to the American academia. Entertainment industries around the world, especially Hollywood, have been the primary carriers of these pathogens. The loss of faith, the breakdown of the family, the attack on both its political and cultural institutions, and the rise of hedonism are only some of the damaging effects of anti-culture in the West. And precisely because of this reason, we have the benefit of hindsight. We know not only how terrible the consequences of these ideas are but also what exactly the consequences are or can be. The influence of anti-culture in India is increasingly growing. The situation demands a thorough analysis of these forces and a plan of action to counter it. ‘Culture’ itself must not be underestimated, for it is in part the time-tested inherited wisdom of our ancestors, and has a crucial role to play in defending society against its antithesis. Parents will have to take the primary responsibility, as they should by definition, in making sure these pathogens do not affect the youth who are most susceptible to these forces. Meanwhile, gifting your sons, daughters, brothers, sisters and friends the Bhagavad Gita on their next birthday would certainly not hurt the cause.