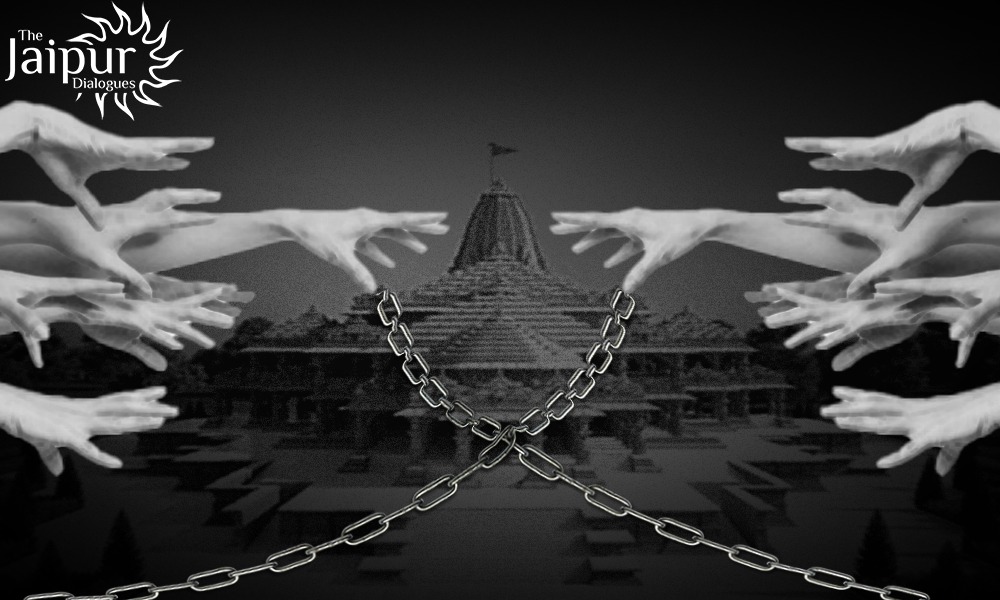 Ever since the Sabarimala temple case made headlines, the matter of government control over temples has attracted attention. What began with the British rulers trying to control temple riches continues till today. It has not only led to government interference and incompetence, but has also disempowered the age-old system of traditional temple priests. It is time the Hindu community is allowed to manage their own temples once again – the devotees’ donations should be used for social benefit instead of sitting in a government treasury.

Until the British came to India, temples were managed by local communities. They were centres of dance and art, and at the heart of a massive decentralised trade network according to author Sanjeev Sanyal. Every temple had charitable endowments, including property given to temples, for the benefit of the community. The benefits included rest-houses, pathshalas, gaushalas, and institutions for the advancement of education and feeding of the poor. For the British agenda of colonisation and conversions to succeed, the temple organisation had to be weakened. So, temples were brought under government control mainly in south India because not too many temples in the north possessed such massive property or wealth. The British introduced The Madras Regulation VII of 1817 to do this. In 1840, there was a directive from the East India Company to return the temples to their trustees, because Christian missionaries, in India and abroad, did not like the idea of Christians managing Hindu temples. Next came The Religious Endowments Act 1863, which handed over temple administration to the trustees from the British government.

Even today, Hindu educational institutions, temples, religious traditions are subject to government control and judicial review, look for instance at the Supreme Court order on the Sabarimala temple.

This astounding fact of a supposedly secular government operating, selling the assets of, distributing the collections of, and in other ways imposing state control — often with appointees who are non-Hindu, and even anti-Hindu, bureaucrats or politicians — over Hindu temples, is directly responsible for the pathetic condition of many Hindu temples in India. Many magnificent buildings are deteriorating; and even the daily ritual of cleaning and purifying the precincts is not happening. Some temples don’t even have oil for their lamps because the paltry rupees the government promised when it took over the temple seldom comes on time; priests on miserly salaries are reduced to poverty and asking for money from devotees. These are all too common sights at many Hindu temples today. While there are many causes for the problems faced by temples, chief among them is the misappropriation of temples’ lands and money.

Hindu Temples are pillars of strength and source of divine energy for Hindus. Hindu Dharma has existed for thousands of years despite foreign invasions. One of the reasons for which is its Temple culture. Not too many Indians are aware that even though India is officially a secular democracy, state governments in India can take over Hindu temples and their properties, can appoint the people who will run temple committees and operations, and can take away hundi collections and other donations from temples and use them even for non-Hindu purposes.

Such government interference does not occur with churches or mosques or gurudwaras or other places of worship of non-Hindu faiths. They are left alone by the government, and are allowed to own and operate their institutions autonomously, without state interference. In secular India, with an 83% majority of her citizens being Hindus, Hindu temples are singled out for government control and management.

Devotees don’t offer money for its misuse or misappropriation; therefore, they should get information, in lawful manner, on how their donations are being used by temples.

# Appointment of only devotees on temples’ Trusts

These changes are required as soon as possible for making the Hindu temples independent of political control.