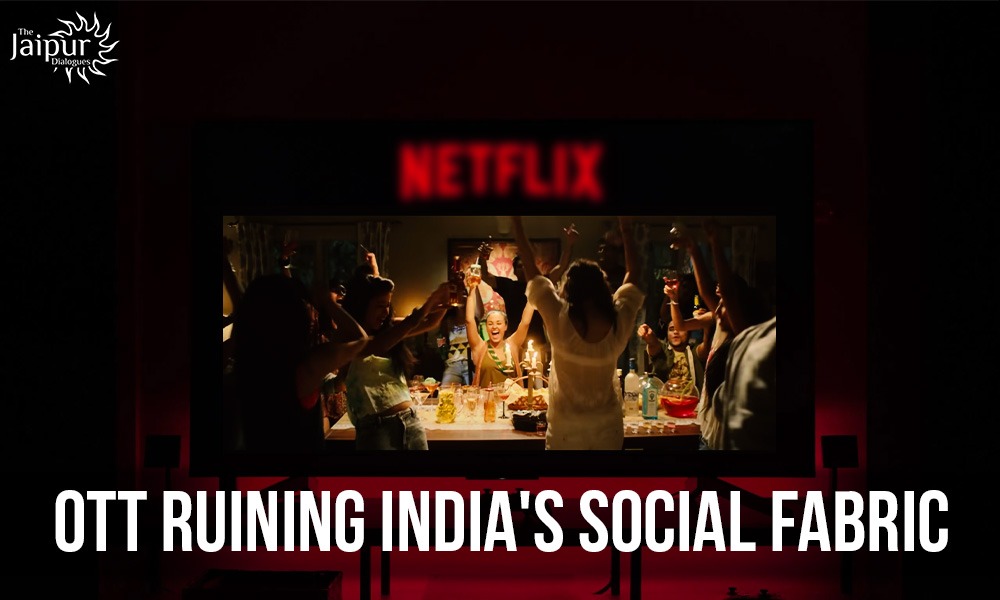 One of the major reasons for the popularity of OTT is that it can be accessed directly by the viewers. All that one requires is an internet connection and a compatible hardware device. There is no need for any broadcasting station, a cable connection or a satellite television platform. The OTT content can be delivered through the internet and smart TVs PlayStation, Chromecast, Xbox, FireStick and more. Besides the convenience of receiving, the media has certain other advantages too. It has opened up the possibility of streaming ad-free contents and undisturbed viewing. Also, the customer is truly the king here; he or she can watch what they want and when they want.

The pandemic compelling people to stay indoors has spurred the growth of the OTT market. No wonder that the OTT market in India is one of the highest growing markets in the world. Considering the size of the market in minutes of consumption, it has, in the last twelve months, increased from 181 billion minutes to 204 billion minutes (Consultancy.in, 2021). Surprisingly, the variance in monthly consumption didn’t follow the pattern of the lockdowns imposed by the government.

According to PricewaterhouseCoopers or PwC’s Media and Entertainment Outlook 2020, India’s OTT market is on the way to becoming the world’s sixth-largest by 2024. It is estimated to grow at a CAGR of 28.6% over the next four years to touch revenues of $2.9 billion.

However, these figures may stand revised because of changing pandemic scenario, rising affluence, increase in penetration of data in rural India, the introduction of 5G mobile networks, changing consumer behaviour, and adoption of OTT media by different segments such as women and older generations.

Impact of the OTT

According to MICA Ahmedabad, in their “Indian Over-the-Top (OTT) Platforms Report 2020”, the highest amount of OTT content in India was used up by men in 2020. The number of male viewers is almost double of female viewers for Netflix. The same is true for Amazon Prime and Hot Star. “The least audience traffic is in the female age group 25-45,” as per the report. The exception is the homegrown OTT platform Voot which saw close to 51- 52 per cent of the female audience.

For a country like India, with a diverse population and demographics, contents too need to be right. The OTT platforms and the producers of the web shows are turning their attention to the choice of targeting family audiences. The recent controversies around web series such as Tandav and Mirzapur 2 and the government and court reactions have made the creators wary of bold contents. They have chosen to steer clear of controversies and play it safe. They prefer to remain with the time-tested contents, at least for the while. Amazon, for its web originals, has pulled in Bollywood stars such as Akshay Kumar and Shahid Kapoor who have mass appeal. Nationalist or patriotic subject has always been a safe bet as Bollywood hits such as Border and Gadar show.

The OTT media is impacting our lives in more than one way. One should ponder on the following:

1. Its impact on the family

i. Is it creating distancing in the family?

ii.  Is family harmony in jeopardy?

i. How will it impact one’s health?

ii. What will be its effect on the professional/career advancements?

iii. How will it affect students’ life?

With the COVID pandemic playing havoc, it is OTT’s time. It is the right time when government has started to tightened the screws on these platforms. The OTT platforms need to know that they are under the vigilance of Indian laws and should not promote pornographic content which disturbs the social fabric of the country.