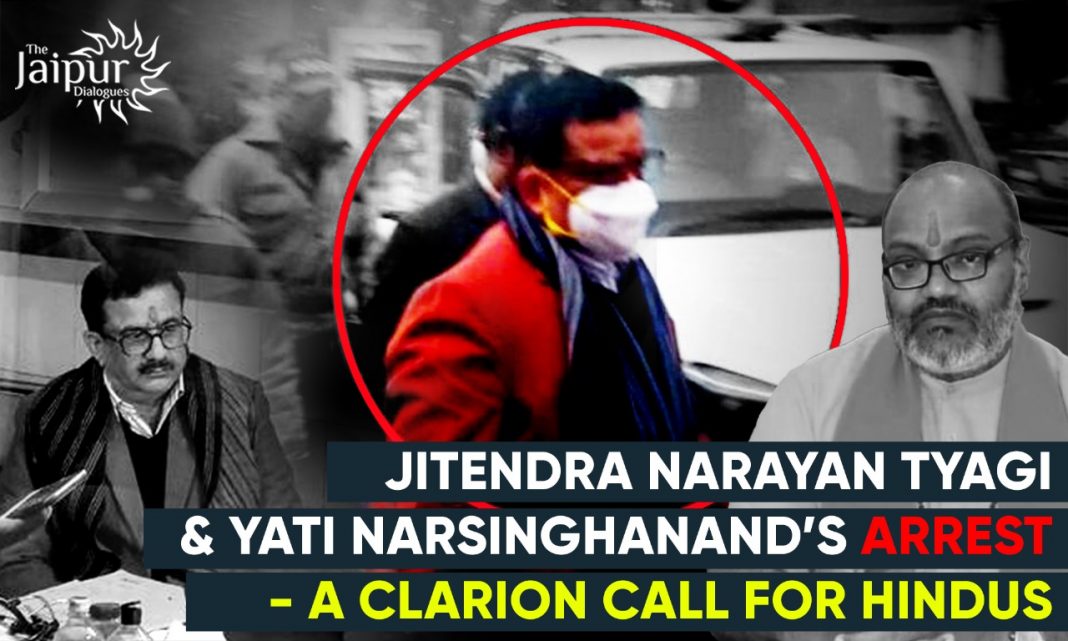 It is high time for Hindus to understand that the present eco-system is not conducive for their growth and survival in the long term. This is alarming, as time and again, it has been emphasized that the only major country in the world with the majority Hindu population hasn’t risen to the occasion in as much as to protect and promote as well as secure the holistic welfare and rights of the Hindu population.

Past history of the sub-continent has been witness to the fact that the Hindus since centuries, have been relegated to second class citizens in their own country whereas the Abrahamic prodigies have been kept at a higher pedestal; the phrase ‘Atithi Devo Bhava’ has been used in its literal sense, irrespective of the fact that these Atithis might have been looters, plunderers, thieves and barbarians. The situation continues, simply because of the fact that Hindus have always been too tolerant and practice inclusivity, even when it harms their own interests. Unfortunately for us, due to the distorted notion of Secularism, many of us aren’t even able to perceive what is in our interest, leading to a situation whereby our existence is being threatened and basic values are being questioned.

Recently, in the poll bound state of Uttarakhand, Jitendra Narayan Tyagi and Yati Narsinghanand have been arrested post a notice issued by the Supreme Court of India for the former and when the latter was sitting on a peaceful protest. The travesty of getting justice in India for Hindus is to be seen by all. Waseem Rizvi aka Jitendra Narayan Tyagi, had converted back to Sanatan after leaving the evil clutches of Islam. Unfortunately, ever since he has returned back to his original Dharma, he has openly been mocked and jeered at…. What signal does this give to our future endeavors in this direction or to any Muslim or Christian who wants to return back to their original fold of Sanatan? Any and every such action taken by the ones in governance and administration is a shot in the arm for the fanatic Mullahs and unapologetic Christian missionaries.

The Court order issued was done in order to protect the secular credentials of India, but having said that, it is a travesty of justice to see that different yardsticks are used for different sects and persons albeit the crime remains the same. Citing the incident(s) of Maulana Tauqeer Raza Khan from Bareilly who directly threatened Hindus in front of a large Muslim crowd  or Maulana Rashidi who threatened to demolish the Ram Temple? Why wasn’t a hue and cry raised over these obnoxious and menacing statements? Why weren’t they arrested? In a country where the law of the land is said to be equal for all, why is then justice limited to punishing only a particular community?

Some Islamic apologists might defend the actions and words of these Maulanas’ as usual, but the fact remains that the way these Maulanas exercised their Right to Freedom of Speech, so did Jitendra Narayan Tyagi and Yati Narsinghanand. This selective expression of freedom of speech can’t be a punishable offence for Hindus and the right to express freely for others. This reflects dichotomy of justice and the prevailing differentiation between Hindus and followers of other faith.

It is also for the ruling political dispensation of the State to decide that whether this is the right time to play their game of secular politics, especially at a time when Islamic atrocities are rising and Islamists have become brazen in issuing threats and diktats against Hindus. This brazen and unwanted display of political naivety by the ruling government of Uttarakhand doesn’t reflect prudent decision making in respect to Hindu interests and welfare as well as the overall national security.

It is for the now for the Hindus to decide, whether they wish to remain in a country guided by Sanatan practices or co-exist with the barbaric, regressive, outdated and imposing customs of the fanatic Mullahs and Islamists, who in the garb of practicing secularism and freedom of speech have started their harassment and torture. History has shown us what the Islamists are capable of such as the mass genocide undertaken by them in the past, had wiped of millions of Hindus from the face of the Earth. Hindus now have to become a collective force, with strong unity and cohesiveness, most importantly with a clear sense of understanding as to who their real enemies are. Further, it is high time that the Courts and the Government understand that secularism is a two way road. It’s imperative to look into the past and strive to create a better and a secure future for their own existence; otherwise such cases of selective justice would perpetuate. If anything goes haywire, it might put Hindu identity in existential crisis and create conditions like the ones in present day Pakistan, Afghanistan or Bangladesh.