Gurukul System of Bharat and its Decline 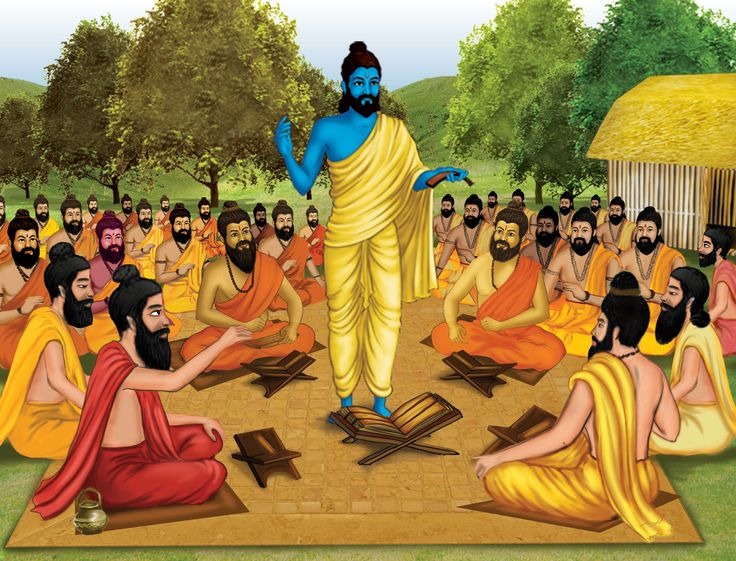 An efficient system prevalent in Bharat during medieval times and later until 19th century got sacrificed at the expense of British policies and loot. This pathetic tale of Bharat’s decline begins from the direct attack on the ‘Gurukul’.

The Gurukul system in Bharatvarsha, was an extensive network of education from primary to higher learning which ensured a disciplined and evolved lifestyle. There is a general misconception that gurukul were situated in forests, but that is not the case always. Mostly, gurukul used to be located in villages and towns. Big universities like that of Taxila, Varanasi, Nalanda, Valabhi and Vikramsila were the important educational centres especially established by the kings and great dynasties.

From 10th century there are evidences of major Hindu temples becoming centres of higher learning. The detailed description we get is about colleges in Southern India, because most of the records and temples were razed during invasions.

(The names of district here are according to the British-era India, from the book of A.S. Altekar)

The tradition of Agrahara Villages was practiced by the kings where learned Brahmans were called and were settled in the villages. These Brahmans were assigned land and revenues to maintain educational institutions.

Thus, the Agrahara villages became the centres of higher education in different branches of Sanskrit studies.

Tols were very important part of this system which were fairly numerous in Bengal, Bihar and Uttar Pradesh. Each Tol used to enrol about 25 students and taught for about 6-8 years of courses.

A compelling report that comes as a proof of extensive Bharatiya education system in parts of Bharat, is important to note. A survey was conducted by British in the Presidency of Bengal, which came out as ‘Adam’s Report”, or “reports on the State of Education in Bengal 1836 and 1838”. Following major conclusions were given by William Adam-

Destruction of Education by the British

“Our English schools are flourishing wonderfully. We find it difficult, indeed at some places impossible, to provide instruction for all who want it. At the single town of Hoogley fourteen hundred boys are learning English. The effect of this education on the Hindoos is prodigious. No Hindoo who has received an English education ever continues to be sincerely attached to his religion. Some continue to profess it as a matter of policy. But many profess themselves pure Deists, and some embrace Christianity.”

This is an excerpt from a famous letter by Macaulay to his father Zachary Macaulay dated 12 October, 1836.

The general trend in Modern Indian History writing is that they accredit British East India Company and later, British Government, of all kinds of “reforms” in Bharat. For the Marxist dominant education system, every policy and charters by the British are a beacon of change. However, actuality is quite different from what is portrayed.

The use of Missionaries, Charter acts and reports like Wood’s Despatch was to meddle with the prevalent practices of the Bharatiya education. They focused on training the elite classes of the society with English colours which will eventually filter down to the other strata of the society and thus the aim of creating servants will be done as a long run process.

Since, Vedic education was targeted which formed the highest order of character and knowledge, the other skills and craftsmanship also got hit because of breaking thread of society.

British funded their Yales, Oxfords, and many such universities looted from Bharat, and the Bharatiya educational institutes began to starve for money. Since, the aids and funds given to Gurukul came from the householders who earned from their skills, crafts were now deprived of their business profits due to intervening policies from the British. Gradually, these pathshalas, tols and temple schools began to vanish and a people began to shift to work in farms to arrange for their food. Thus, unemployment, poverty and illiteracy came to be known as the identity of Bharat.

This idea of ‘downward filtration’ theory is still in run with the present education system. The impact of a clouded Bharatiya mind has resulted in

This is a painful history, which everyone should know and try to understand deeply as how a greet civilization is robbed off her true character and made to believe that its people are impotent. Once the centre of ultimate knowledge now borrows and begs for educational reforms from Harvard and Cambridge.