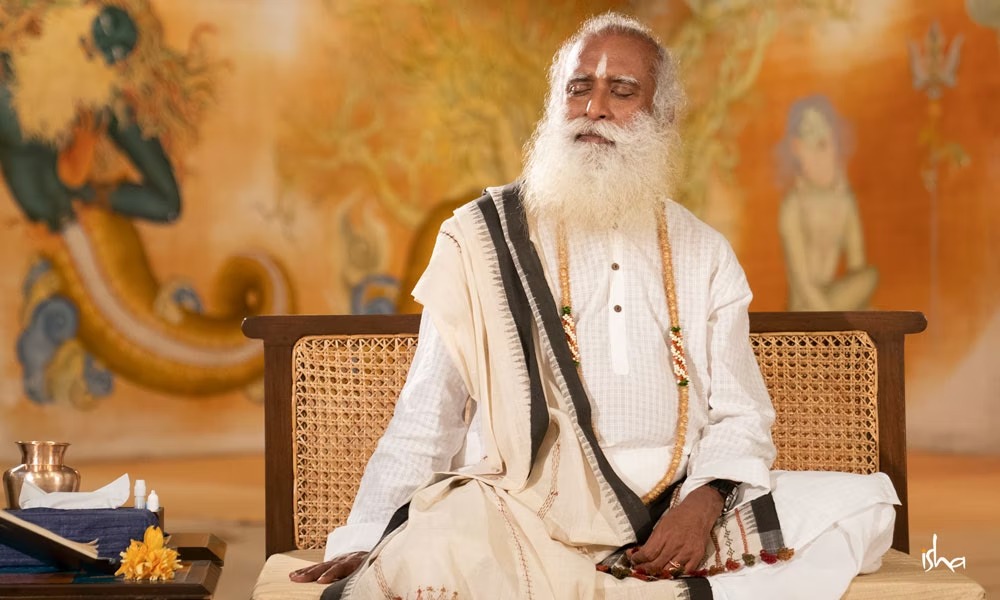 The topic of Yuga is a gold mine of non-stop intrigue and information. The Yuga theory of Sri Sadhguru is one such interesting account related to the cycle of Yugas. This writeup is aimed at analyzing the Yuga theory of Sadhguru, which seems fascinating since according to his theory, Treta Yuga is about to arrive in about 60 years! 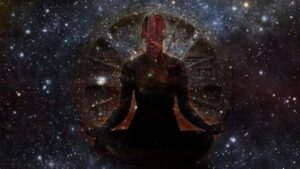 Shri Sadhguru’s theory is based on the following hypotheses1,

Sadhguru provides a philosophical definition for the four Yugas based on his understanding of a concept called “Ether Sphere” which envelopes Earth’s atmosphere. As per Sadhguru, this etheric sphere has a slow vertical movement with the passage of time or in other words, with the movement of our Solar System. The level of Ether increases as the Solar System moves towards the Super Sun and vice versa. Consequently, a person’s sensitivity & capability increases when this Etheric Sphere is closer and declines as the sphere raises up. Thus, the characteristics of the Yugas are:

The Cycle of Four Yugas:

Sadhguru interprets this duration as two half cycles of 12,960 years each, where each half cycle consists of the four Yugas. The four Yugas—Krita/Satya, Treta, Dwapara, and Kali, have a duration in the ratio of 4:3:2:1 i.e.,

After the end of Kali Yuga in the first half cycle, the second half cycle commences with a second Kali Yuga. This Kali 2 leads to a Dwapara 2 and subsequent Treta 2 and Satya 2. By this time, the Solar System would have reached its closest to the Super Sun and a new cycle would begin starting with Satya Yuga 1.

What is the present Yuga?

Sadhguru starts his calculations with the assumption that the Kurukshetra War took place in 3140 BCE, and that Kali Yuga began 3 to 4 months after the War. Sadhguru then quotes the traditional claim of Krishna leaving his body in 3102 BCE. Starting from 3102 BCE, the two successive Kali Yugas with a total duration of 2592 years ended by 510 BCE. The Dwapara Yuga which started after Kali has a duration of 2592 years. Currently, 2,532 years of Dwapara have elapsed as of 2022 CE and only 60 years are remaining for the arrival of Treta Yuga.

Therefore, according to Sadhguru’s Yuga model, the world is currently in Dwapara Yuga and Treta Yuga will start from 2082 CE.

It is a scientific fact that one cycle of precession takes ~25,920 years to complete. However, it appears that Sadhguru equates the “Precession of Equinox” to the presumed movement of the Solar System around the Super Sun because his explanation for the Yugas is based on that movement. Unfortunately, there is no scientific backing for the claim of such a time interval for such a movement.

Moreover, the Yuga cycle of 25,920 years is not attested by any of the traditional Hindu scriptures. Astronomical texts like Surya Siddhanta declares a Caturyuga to be of 4.32 million years, whereas the Mahabharata takes a more conservative approach by assigning a Caturyuga to be of 12,000 years. The traditional Kritadi Yuga System (Yugas starting with Krita/Satya Yuga) has no mention of any ascending or descending cycles either and states that the Krita Yuga commences immediately after the end of Kali Yuga.

“And after the Kali Yuga is over, the Krita Yuga comes again. A cycle of the Yugas thus comprised a period of twelve thousand years.” (CE: 186.22)

The concept of ascending and descending Yugas was first assimilated into the Hindu Yuga cycle by Swami Yukteshwar Giri in his book “The Holy Science”; he most probably borrowed the concept from Jain Yuga cycles and Sadhguru is following suit. Yukteshwar Giri extrapolated the 12,000-year cycle of the Mahabharata to mean a half cycle i.e., he took one complete cycle of Yuga to amount to 24,000 years, unlike Sadhguru’s 25,920 years.

The main difference between Swami Yukteshwar Giri’s and Sadhguru’s theories lies in their assumptions about the date of the Mahabharata War. Swami Yukteshwar takes an arbitrary date of 700 BCE for the Mahabharata War while Sadhguru chooses 3140 BCE for the War. This assumption leads Yukteshwar Giri to conclude the current Yuga as near the “Beginning of Dwapara” and Sadhguru near the “Beginning of Treta”.

But did you know that there is one fundamental mistake in Sadhguru’s calculations?

Sadhguru claims that Kali Yuga began 3 to 4 months post the Kurukshetra War in 3140 BCE, but he rests his calculations on the supposed date of Sri Krishna’s nirvana at 3102 BCE. This results in a trivial but crucial error of 38 years in his calculations, subsequently, the Treta Yuga should actually start from 2044 CE and not 2082 CE. It must also be mentioned that according to the Mahabharata text, the time interval between Kurukshetra War and Krishna Nirvana is 36 years and not 38 years as stated by Sadhguru.

To conclude, Sadhguru has put forward an ingenious theory of Yuga that assimilates the characteristics of the traditional Hindu Yuga system, Swami Yukteshwar Giri’s Yuga model, and modern astronomy. While it is indeed impressive, it is important to identify the subjective & presumptive elements in his explanations which do not have the shabdha-pramana of the traditional accounts. An objective test any interested reader can perform is to take the timing of the Mahabharata War and then apply Sadhguru’s calculations to assess if currently everyone can communicate by breath or eye contact for the respective Yuga they arrive at. This provides an empirical way to test Sadhguru’s theory!

Note: Do you know that Sri Sadhguru is also wrong in his claim of Kali Yuga beginning 3 to 4 months after the Kurukshetra War?

The “Beginning of Kali Yuga” has been dealt with in detail in my book “Yuganta: The Advent of Kali Yuga”. With the help of more than 150 Sanskrit references, this book not only answers the question of the Kali Yuga beginning, it goes a step further and showcases the implications the beginning of Kali Yuga has on the dating of the Mahabharata War. The contents of the book have the potential to change the way, we had understood the link between Kali Yuga and the Mahabharata War.

Note: This article has been previously published by The Indian Rover (Issue: December, 2022)