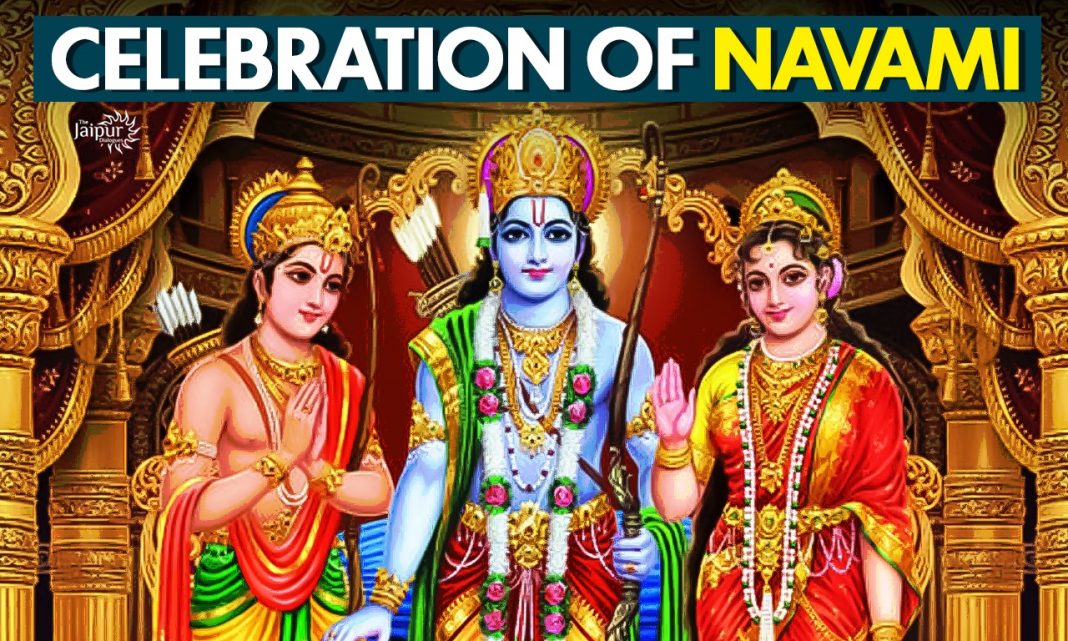 Navratri holds deeper values and significance for the Hindus all over the world. Its celebrations carry immense importance as well as mark new beginnings for the Hindu community.

Chaitra Navami marks the beginning of the Hindu New Year and is celebrated with much fanfare in Northern India. During Navratri, celebrations span nine days and each day has its own significance. According to tradition, Navratri is celebrated four times a year, corresponding with the change in seasons, with the most popular being Sharada and Chaitra Navratri; the former is a popular festival throughout the country.

Maa Durga is revered during Navratras. According to the Gregorian calendar, the Chaitra or Vasant Navratras usually occur in the months of March-April. The beginning of the Hindu year is marked by these Navratras. Hindu texts like Shakta and Vaishnava Puranas mention Navratras. Four Navaratras are celebrated in India each year: Sharada Navaratri near the autumn equinox (September–October), Vasanta Navaratri near the spring equinox (March–April), Magha Navratri or Gupt Navaratri (January–February), and Ashada Navaratri (June–July). NAVRATRAS typically occur during the bright half of every Hindu lunisolar month, irrespective of the month of celebration.

Sharada Navratri- This is the most popular Navratra celebrated by Hindus around the world. Sharada is so named because it commences on the first day (pratipada) of the bright fortnight of the lunar month Ashvini. In India, navratris are observed with much fervor across different states. Dashmi, or Dussehra, concludes the Sharada Navratras. In Eastern India, particularly Bengal, it is celebrated with the Durga Puja with vast pandals set up and filled with devotees. This is how it is also celebrated in Tripura, Assam, Jharkhand, Odisha, and Eastern Nepal, where goddess Durga is revered as Shakti Swaroopa. The Durga Puja festival marks the victory of goddess Durga over the shape-shifting, deceptive, and powerful buffalo demon Mahishura. The nine days are celebrated differently in different parts of Southern India. In Kerala, Navratris are dedicated to Maa Saraswati, and books are worshipped, whereas in Karnataka, Dasara is celebrated, with the Mysuru Dasara being particularly well-known. Traditional dance forms such as Bharatnatyam and Mohiniattam are performed in Tamil Nadu. Garbo is celebrated in Western Indian states such as Gujarat, and people celebrate the nine days by performing Garba dance. In Goa, they celebrate Navratri with a major festival called Makharotsav.

Chaitra Navratri- This is the second most celebrated Navratri and it falls during the Vasant or spring season, so it is also known as Vasant Navratri. As per Vikram Samvat, it marks the beginning of the Hindu New Year. In Northern India, especially in the state of Uttar Pradesh, young girls are worshipped as Kanjaks, since they are believed to be as pure and innocent as Maa Durga.

Significance of the Nine days The navratras are celebrated to mark the victory of good over evil. This festival corresponds to the fierce battle that took place between Maa Durga and the demon Mahishasura. Each day is dedicated to Durga Maa’s nine avatars, popularly called as Navadurgas’.

Thus, the significance of Navratras in the Hindu culture is unmatched, and they signify prosperity, knowledge, wealth, and joy, although they are accompanied by self-restraint. Navratras reflect the significance placed upon women in Hindu culture, as they are not just praised for their virtues, but also treated equally. Navratri is not merely a festival, but holds deeper meanings and lessons, in contrast to the false narrative developed by the pseudo-leftist cabal, which portrays Hinduism as a misogynistic religion. The wisdom behind Navratri and carrying the traditions for many more years is important for future generations.