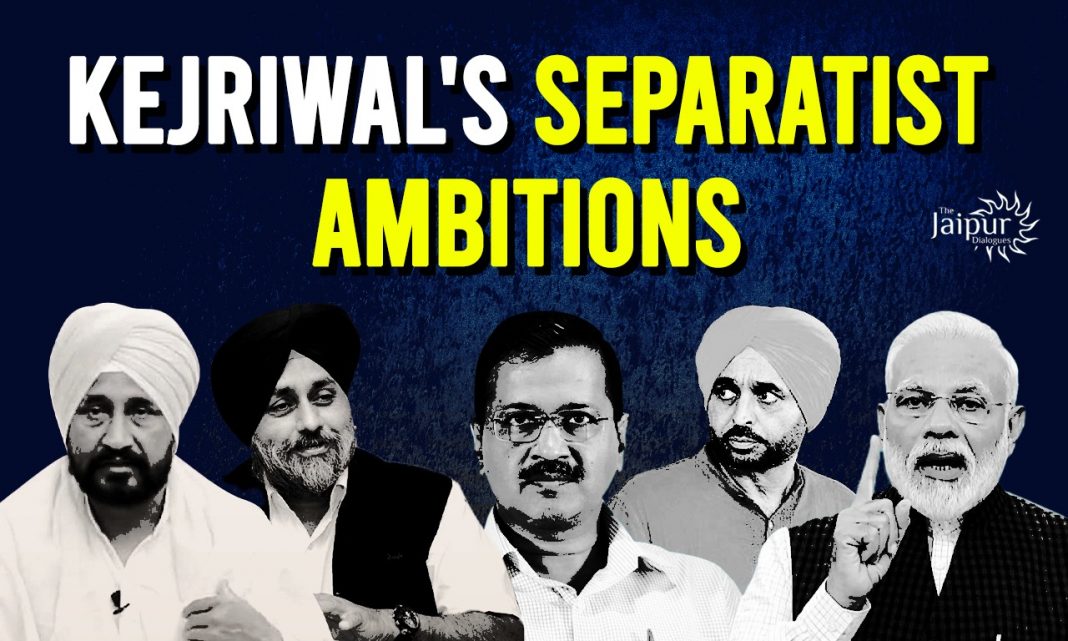 Punjab, India’s sword arm, associated as a vibrant & prosperous state with abundant resources and generous hearts. It is a state of majestic people and the name that when taken brings joy and happiness. Punjabis have contributed to all facets of life and have left their mark. This is true of freedom fighters like Shaheed Bhagat Singh, Uddham Singh, et al to artists like Amrita Shergill, to the Indian film industry and Bollywood music industry, the list is endless. Unfortunately, lately, politicians have been attempting to divert attention away from the pressing issues and have focused on non-focal points and non-essential issues like Separatism, sub-nationalism, etc.

In the recent past, the events leading up to State assembly elections have taken some unwarranted & dramatic turns. There has been no shortage of color added by our politicians in the run-up to the elections, but in doing so, some dark and bitter realities have emerged where unsuccessful attempts have been made to drive a wedge between citizens of the nation, all for narrow selfish gains. Our national security and strategic interests are at risk due to the bitterness caused by the farmer’s agitation that was driven by an agenda and supported by overseas separatists.

Recently Kumar Vishwas, a former aide of Arvind Kejriwal stated that the latter extended support to the separatists, read the Khalistanis, and said “One day, he told me he would either become CM (of Punjab) or first PM of an independent nation (Khalistan),”. Assuming this is true, it portends an extremely dangerous and alarming situation, especially as it involves someone with a constitutional position and a mass following. With Kejriwal aware of nefarious elements like ISI and other rogue groups involved in the separation movement, this is indeed a cause for grave concern. Additionally, this is a sad reflection of someone aiming to remain in power and maintain a sense of one upmanship to the point that he is prepared to compromise with a nation’s sovereignty and security. As a result, such thoughts and actions serve as fodder for elements of inimical intent and threaten our national security, identity, and sovereignty.

Delhi’s Chief Minister is attempting to figure out his political future based on the platform of separatism, this is not only regrettable and condemnable; but it also sets a dangerous precedent. It is imperative to remind him that Punjab is and will remain an integral and inseparable part of India, and no such half-baked ambitions of his will change that position. Kejriwal is just short of declaring himself an ‘anarchist’ and this is because whatever he has done in the past points towards creating an atmosphere of unrest in India, fueled by his ambition of becoming the prime minister. As Kejriwal’s politics aren’t focused on being anti-BJP or anti-Congress, but rather they are more sinister in the sense that they are jeopardizing India’s unity and diversity. Kejriwal engages in anti-state protests and thrives on anti-India activities.

His hypocritical political style was clearly visible in January of 2014, even before Narendra Modi became India’s Prime Minister when he said that not Republic Day tableaus would crowd the streets of Delhi, but instead thousands of people would. Moreover, one cannot forget Tahir Khan, one of Kejriwal’s party members who appeared as the primary accused in the Delhi riots, which targeted thousands of innocent Hindu families, or Kejriwal’s full-fledged support to the ‘farmers’ who vandalized the Capital on Republic Day, injured many Delhi Police personnel and marched to the Red Fort to take down the National Flag.

While the objective of the article is not to amplify or highlight any anti-Kejriwal bias, but to expose a dangerous ideology bordering on the planks of anarchism and separatism. When someone like Kumar Vishwas or Gul Panag raise their voice regarding the affinity Kejriwal shares with the separatists promoting the Khalistani movement, this is indeed a cause for concern. This reason is more than enough to be wary of AAP’s intention. The self-proclaimed ‘sweet terrorist’ has aspirations of ruling Punjab, which shares borders with Pakistan, is already involved in very complicated drug trade, starting from Afghanistan, and is on the radar of the ISI.

Kejriwal’s association with Khalistan elements does not bode well for India’s internal security and peace. An infamous entity called ‘Sikhs for Justice’ has apparently offered Kejriwal tacit support, as have a number of pro-Khalistan groups in Canada and the United Kingdom. Moreover, he was in the news in 2017 for staying at the house of the former chief of the Khalistan Liberation Front (KLF). The evidence suggests the close relationship of Kejriwal with elements hostile to India. Some may ask how we can blame Kejriwal on subjects over whom the State Government has no control, namely, border security and trade agreements. AAP’s efficacy in handling general law & order in a sensitive border state is unknown, however. As the state police are under the auspices of the state government, it would have to be seen if AAP is elected, they can ensure effective cooperation between the state police and the BSF.

Also, how can we forget Kejriwal’s model of freebies, which he has ‘successfully’ (pun intended) implemented in Delhi? The idea of allocating free resources at the cost of taxpayers’ money and allocating funds by the center is too good to be true and can only last for a while. The fact that he boasted about providing free electricity and water while campaigning for the UP elections is astonishing and reflects his brazen style of politics. India is a growing economy and the promotion of ‘freebie culture’ would cause long-term damage to the economy with an unnecessary burden on those who are suffering the brunt of it. Besides causing massive unemployment, Kejriwal’s flawed economic policy has jeopardized private investment, weakened industrialization, and led to brain drain. As a “freebie politician”, we can see how Kejriwal managed to cause a ruckus in Delhi after the Covid virus second wave struck the National capital, and the entire healthcare infrastructure was in tatters and (unsurprisingly), he reached out to PM Modi that he had once called a ‘psychopath’ and a ‘coward’.

The most saddening thing here is the fact that these politicians aren’t just playing with the emotions of the people but are working against India’s interests in order to secure a political win. A political slugfest has ensued, but the truth is that no one is paying attention to the underlying problems. Therefore, the Punjabis have no option but to vote for who so ever is fighting in the elections. Today’s politicians have made a mockery of the electoral process in order to fuel their own covert ambitions.

To sum it up, based on the complaint/recommendations of Channi, it is now incumbent upon the Govt. Of India to initiate an immediate and comprehensive investigation into the Kejriwal-Khalistan episode and to scoop out the truth before the nation at the earliest opportunity, to ensure that the rogue politicians are brought to justice right away.