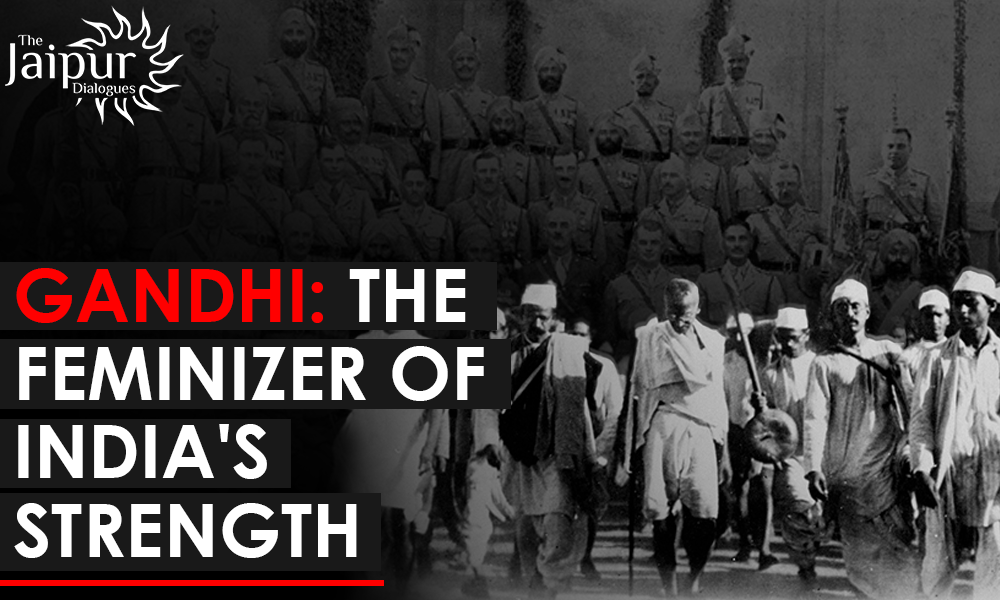 The great uprising of 1857 shook the British hold over the Indian territories. It was the need of the hour for the British to create a structure which would further safeguards their
interests in India. The Wood’s despatch of 1854 proved to be the ‘Magna Carta of English
Education’ in India. Gurukuls were replaced and European style universities took its place.
These institutions were set up to colonise the minds of the Indians through the means of
education. The result of this experiment was evident when in 1885, a group of English
speaking Indian elite under the guidance of Allan Octavian Hume created an organisation
called the Indian National Congress. Self government under the British rule was the primary objective of the INC. The elite leaders praised the British rule by calling them progressive and rational. By adopting prayers, petitions and protests as its methods, the INC turned out to be a safety valve for the British in India. This moderate phase continued till the partition of Bengal in 1905 when an aggressive pack of leadership emerged at the national stage. The new group of leaders were critical of British policies and were not just confined to the methods used by the previous batch of leaders. In response to the partition of Bengal by Curzon, the radical leaders adopted the method of Swadeshi and Boycott for achieving ‘Swaraj’. It was the same period when another entity known as the All India Muslim League occupied the centre stage. The radical group of Congress got a big setback when Bal Gangadhar Tilak was sent to a jail in Burma for 6 years. This turned out to be the
weakening of the radical leadership.

Then came the year of 1915 when Mohandas Karamchand Gandhi returned to India from
South Africa. This marked the beginning of a new phase in the Indian freedom struggle
which was even more moderate than the early moderates of the Congress. Gandhi, the
recipient of the Kaiser-i-Hind medal, was a huge admirer of the British civilisation. By
supporting the Khilafat movement of 1919-20, he laid the foundation of the practice of
appeasement of Muslims in India. According to Gandhi, the Muslims would support him in
the freedom struggle if he supports them in the Khilafat Aandolan. But, can one fight a
freedom struggle based on compromises? Why did Muslims not participated in the
struggle by their own at the first place? These were some of the questions which the
‘intellectual’ mind of Gandhi couldn’t answer. This ambiguity led to the widespread
massacre and conversion of the Hindus of Malabar in the Moplah rebellion. Gandhi
continued his policy of appeasement and couldn’t stand for the innocent Hindus. When it
was gaining momentum, he suddenly disbanded the non-cooperation movement due to a
violent incident in Chauri-Chaura. Many of the Congress leaders weren’t happy because of
this ambiguous decision. Gandhi was a kind of typical personality who neither wanted to be
aggressive nor he allowed others to do so. When India could have shown its bargaining
power, he unconditionally supported the British in the first world war and ran a soldier
recruiting camp for the British.

Like a dictator, he was taking decisions on behalf of the whole nation without knowing the real public sentiments. Poorna Swaraj was never a demand of Gandhi. It was in 1929 when Congress first called for Poorna Swaraj in its annual session at Lahore which Gandhi picked later. It is worth mentioning that the radical nationalists like Shri Aurobindo were the first who raised their voices for Poorna Swaraj or complete independence.

The well known Satyagrahi couldn’t use his methods when the master plan of the partition
of India was at work. Gandhi did the hunger strike for the payment of 55 crore rupees to
Pakistan but was silent when the country was divided with lacs of Hindus and Sikhs getting
butchered. He was more worried about the Muslims leaving for Pakistan and did his best to
stop them for creating nuisance in the coming future. Gandhi visited Noakhali to stop the
riots only when the Hindu population retaliated against the barbarism of the Muslims. He
portrayed himself as the ultra-secular and stayed in Noakhali to protect the Muslims. These
all are the reasons why the Muslims and the Pakistanis respect Gandhi. Gandhi never
allowed any initiative which could have shown the strength of India infront of the world.
Shubhash Chandra Bose and Sardar Vallabhbhai Patel were two of the biggest victims of
Gandhi’s ideology.

After independence, India showcased ‘Brand Gandhi’ and his principles infront of the world.
These all tactics weakened the image of India. India should have emerged as a strong
nation but it just remained as the ‘good boy’ in the world community. Nehru had the
overdose of Gandhi’s non-violent principles which lead to India’s crushing defeat against
China in 1962. The unconstitutional ‘Father of the Nation’ title further spread the narrative
to the future generations of India but the ideas of the ‘Mahatma’ are now under microscope
and will continue to be so till the Indian nation gets the explanation of the historical
wrongs.