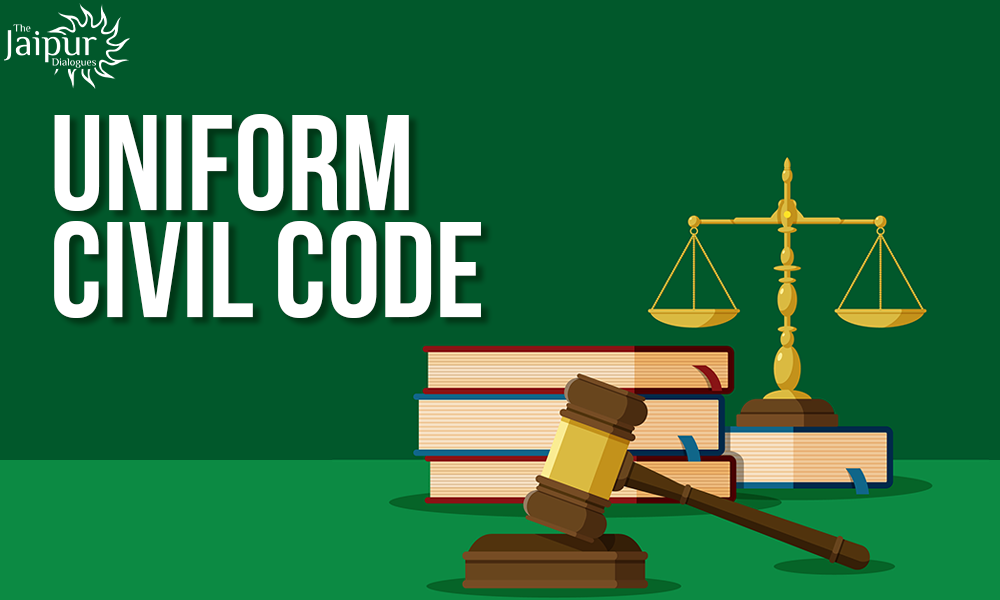 The beginnings of Uniform Civil Code go way back to colonial times. In the second law commission of 1835 the East India Company felt the need to codify Indian law related to crimes , contracts and evidences but refrained from interfering in the personal laws of the various communities in India as these laws were commanded on the respective religious scriptures. After 1857 revolt when power changed hands to the British Crown in 1858 Queen Victoria promised absolute non-interference in religious laws considering the British were only interested in economic exploitation and not interested in personal and religious interference especially after the 1857 revolt.

The contextual issues regarding the Uniform civil code are many. Firstly, there are legitimacy issues as the British were colonial power hence they had legitimacy constraints. But an Independent India where sovereignty rests with the people, there is no issue of legitimacy considering we elect governments based on the principle of universal suffrage for seven decades, there should not be an issue to legislate uniform civil code. Secondly, it is not only the minorities but some sections in the majority Hindu community are also opposing considering there are many sub-divisions in the community. Lastly, gender equality also plays a vital role considering many women in different communities have discriminatory laws and prevalent customs depriving them of inheritance, remarriage and divorce.

Before Independence due to many progressive movements laws were passed with respect to Hindus like the Hindu Marriage Act of 1856, Hindu Inheritance Act 1928 and Hindu Women’s Right to Property Act of 1937. The growing tide of legislation on personal laws created a lot of debate and controversy.

After Independence the Indian Government the B.N Rau Committee was given the task of codifying Hindu law which led to Hindu Marriage Act 1955, Hindu succession act 1956, Hindu Minority and Guardianship Bill 1956 and Adoption and Maintenance Bill 1956.The reason only Hindu laws were codified was, it was considered a trail and if it succeeds other committees might come forward to change their own law was the answer given by G.R. Rajagopal. Despite of this there was strong criticism against only changing Hindu Laws and then was the thought of Uniform Civil Code was put forward as the above laws were considered communal and a uniform law will reflect the Secular ideals of the country and as a gesture of will the government of India added the UCC in Article 44 as a non-justifiable Directive Principle. Later, efforts towards UCC was the Special Marriage Act 1954 was passed which allowed citizens of different community to get married outside religious boundaries.

The turning point on the issue of UCC was the Shah bano case of 1985 were the court ruled in her favour and ordered to paythe husband to pay her maintenance. The key observations of Supreme Court in Shah Bano Case were that it is a matter of regret that Article 44 has remained a dead letter and we cannot expect a community to come forward for change in personal law and the state must help the cause of UCC and the state also has the Legitimate Right to do so to further the integration of a nation and a beginning has to be made for the constitution to have any meaning and a common civil code is far more satisfactory than a case by case justice by the courts. Aftermath of Shah Bano case after which the Rajiv Gandhi government passed a law to nullify the SC judgement which lead to severe backlash by many groups.

There are some contemporary developments on the issue. Firstly, the 21st law commission has termed it unnecessary and undesirable and there are many differences between communities and we should accept them. Second is the rise of BJP which had been advocating this bill and finally the women’s movement for gender equality is also forcing people to rethink of Uniform Civil Code an the judiciary is coming to rescue till date only from case to case. Considering the above and criminalization of the Triple Talaq are sowing positive signs that the legislation of Uniform Civil Code is not far away.

Since, there are many issues as mentioned above Dr. Ambedkar’s counsel has suggested a middle path solution which is to have a voluntary declaration of abiding to UCC as if we try to impose the law and suppose 10% oppose it that might lead to civil unrest. UCC can be implemented in two phases.

The above are some of the solutions or ways for Uniform Civil Code to be implemented.

Finally, the Uniform Civil Code will help in greater national integration and an egalitarian society were people are guided by the same personal laws and promotes secularism and gender parity.