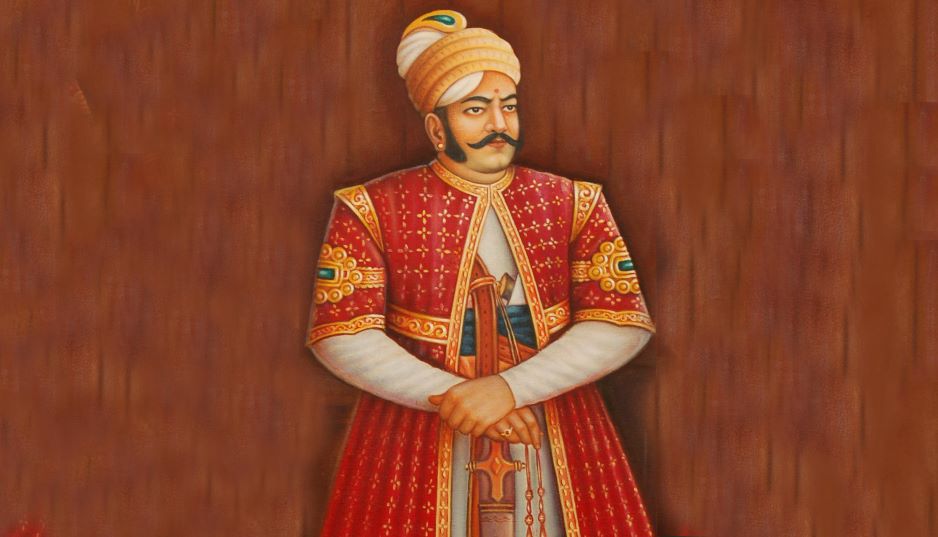 Indian history is filled with the unknown names, who cahllenged the foregin and despotic rule. Knowing them enriches and fills you with the pride and honour for your culture. One such great personality who challenged the British East India Company is Velu Thampi Dalawa. Sword of Shri Velu Thampi Dalawa was presented to the first President of India Shri Rajendra Prasad and it is now present in the Napier Museum.

Thampi Chempakaraman Velayudhan, who was born on 6th May, 1765 in Thankachi of Thalakkulam which is in present day Tamil Nadu. His father Shri Manakkara Kanju Mayatti Pillai and mother Smt. Valliyamma Pillai were serving the Travancore Kingdom and were granted lands and titles by the great king Shri Martand Verma.

From the year 1798 Bala Rama Verma had started to rule the Kingdom of Travancore. It was the crucial time for the kingdom from both the internal to external. The rampant palace intrigues, corruption in the administration has led to the internal instability.

While externally, growing impact of East India Company in the internal strife of all the adjacent principalities. At that vantage point, Velu Thampi was appointed as the Tehsildar of Mavelikara.

Velu Thampi was ordered by the Kingdom to pay rupees 3 thousand as a princely sum to the state treasury from his district. This was unacceptable to Velu Thampi, he dismissed the demand and led an insurrection of the state Palace by mobilising people of his palace. And the man behind all this corruption and mismanagement of the state was caught by the rebel group. Jayanthan Nampoothri and the two ministers who had been using the young king Bala Rama Verma to extract the wealth and regulate the state on their own terms.

As The Dalawa of Travancore

Dalawa is equivalent to the modern day Prime Minister of the state. After the insurrection all the demands of Velu Thampi were granted he was appointed as the Dalawa of the kingdom. Though he met with many oppositions but established himself stronger with his great political understanding. But the rampant corruption and financial stagnation had put a lot of pressure on the state. And in this situation, the army of Travancore rebelled against Velu Thampi Dalawa because he had cut down their allowances.

To control such a situation Velu Thampi had to ask for the help of the British East India Company to curb this rebellion. And this move proved a turning point. However, the rebellion was curbed but befriending the cunning British merchants had its consequences in the upcoming future.

Vision To Oust The British Out

And a master plan was made to challenge these British imposters who had been spreading their legs in the Indian subcontinent. Velu Thampi Dalawa joined the hands with Paliath Achan of Cochin was facing similar situation in his state. They even attempted to bring Marathas and Poligars of Madurai to launch a broad alliance, a pan-Deccan alliance. They even contacted the French of Mauritius.

The British residents’ house was stormed in by a force of 600 men, which was commanded by Paliath Achan. It was 18th December, 1808. The resident managed to escape through a ship. Velu Thampi’s army again launched an attack on Alleppey port town. British garrison of Quilon was attacked by Travancore army from various directions. On 11 January, 1809 Velu Thampi called in people to join this battle against the British colonisers who had no right over ruling the Indians. And the response was huge people flocked in great number to join this pan-Deccan army. British themselves estimated it to be 30 thousand soldiers in- line.

But this battle ended in a defeat and Velu Thampi was sought for a public execution by East india Company. This great tactician and warrior fled from Travancore. And to never get caught by the British, Velu Thampi Dalawa committed suicide.

History puts this great incident as a rebellion, because it is written by the Marxist doctrined historians. This was not a rebellion, rather it was a challenge to the outsider, who had no right to pose as merchants and capture this country. This great visionary, Velu Thampi Dalawa had shown the great courage to crush the British at a very early stage, however failed. His legacy continues to inspire.