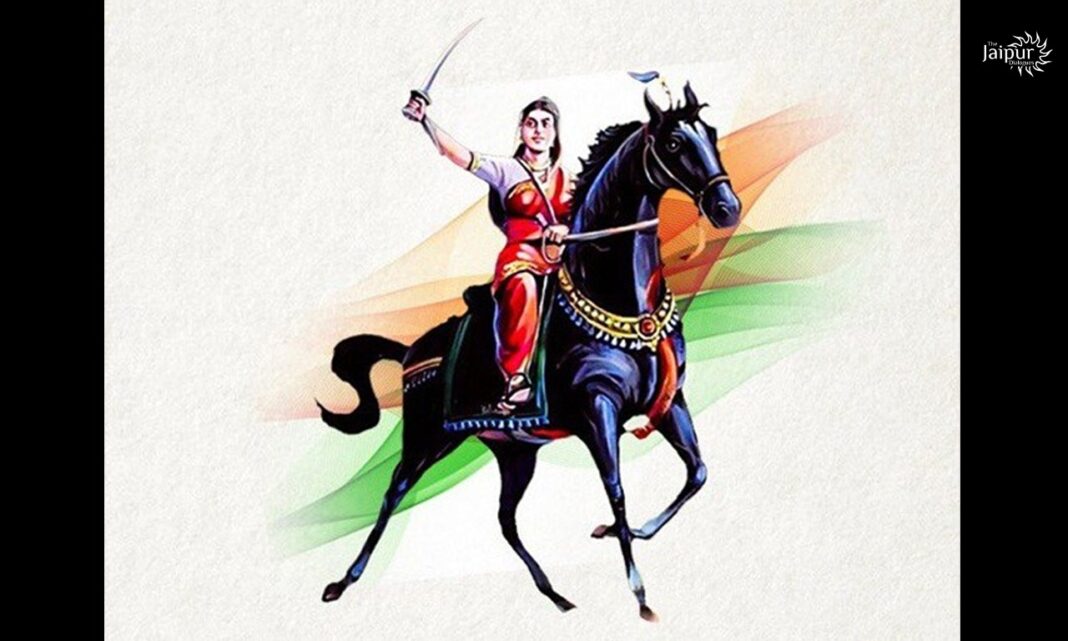 There are instances filled in the history, which show that Bharatiyas never surrendered, whoever the enemy was, the resistance was continuously going on against them. And women of Bharat never lagged behind in giving their contribution. Rani Chennamma was one such queen of a small state who challenged the British East India Company.

Born in a small village called Kakati which is situated in the north of Belgam district of Karnataka, in the year 1778. She was a girl who got trained in horse riding, sword fighting and archery. At the age of 15, she got married to Raja Mallasaraja of the Desai family of Kittur. She gave birth to a son. However, beautiful life of her days stayed for a shorter time. Her husband died in the year 1816, and in the year 1824 her son also breathed his last. At this very moment, East India Company who had always been playing games and tricks to capture the land and wealth of India came into forefront.

After the death of her son, Rani Chennamma adopted a boy Shivalingappa and made him the heir of her throne. British who were already looking for a chance to capture the Kittur state, arrived in the scene with an order to expel Rani and her adopted son from the kingship of the state. This process was said to be carried out under the policy of Paramountcy and complete authority.

However, Rani could not so easily be crushed. She defied orders of the British officials and sent a letter to the Governor of Bombay to appeal for her case of undue intervention by the British East India Company.

However, Governor Elphinstone turned down her plea. And, British started to confiscate the treasure of the Kittur state which was around 15 lakhs of rupees.

Now the war was inevitable; the third troop of Madras Native Horse Artillery attacked the fort with 200 men. It was during October, 1824. This sudden attack by the company forces was bravely answered back by Rani. The political agent and Collector John Thackeray got killed by the Rani’s forces and two officers were taken hostage.

Treachery Of The British

Rani Chennamma left the hostages on the condition of ending the war by a negotiation with Chaplin and the Governor of Bombay. However, British have a credible history of treachery. Rani Chennamma had to again plunge into war because British had been treacherously plotting another attack on her. Her lieutenant Sangoli Rayanna led the Kittur army. Rani Chennamma also fought fiercely and never bowed down before the British. But unfortunately, she got captured and imprisoned at Bailhongal Fort, where she died on 21st February, 1829. But her brave warriors under General Sangoli Rayanna continued the guerrilla warfare until he was caught and hanged later in 1829.

This happens to be a small incident in the larger scape of history of struggle of Indians against that of British Raj, but the great significance in the context of self-esteem, love for the country and spirit of a great woman cannot be ignored, neither be overshadowed in lieu of other bigger events. This incident of history shows, that, women of the country always led from the front and they were the ones who encouraged their sons, brothers and subjects to fight for their sovereignty. We were a warrior tribe, and such were our foremothers!