The Truth Behind the Two-Nation Theory 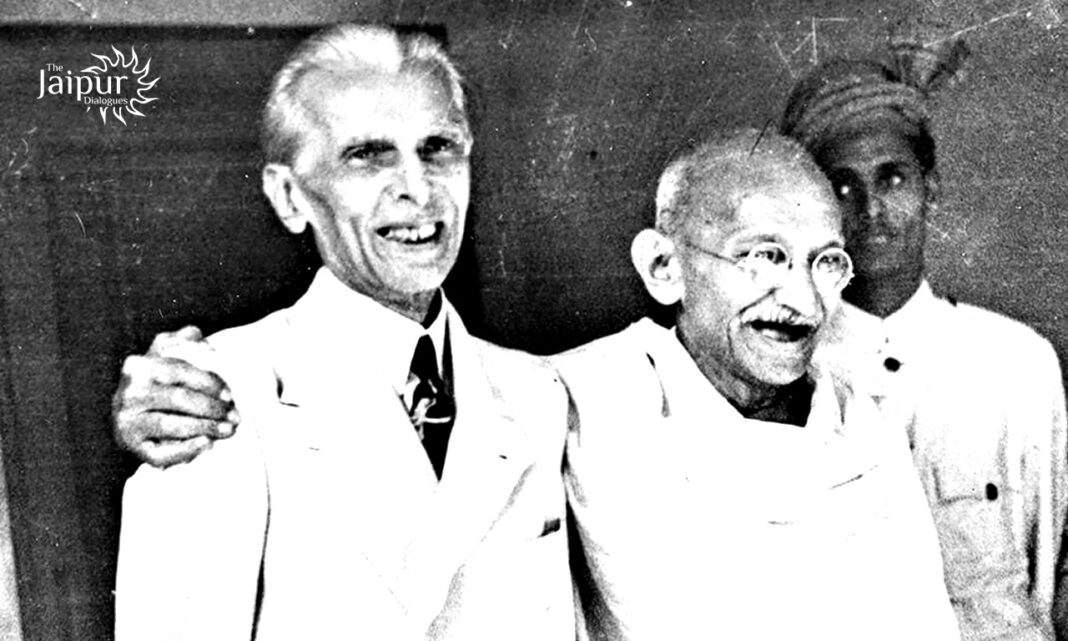 There was a lot of trauma, pain, and brutality associated with the partition between India and Pakistan, especially for Hindus. Unfortunately, Hindus in Pakistan still continue to be traumatized and tortured. Creating two different states based on religious identity was flawed and divisive from the start.

The Genesis of The Two-Nation Theory

So initially, ‘The two-nation theory was developed by Muhammad Iqbal and Chaudhry Rahmat Ali, and moreover, they offered suggestions on the borders and the name of the Muslim state that should be established under the two-nation theory.’[1]https://dergipark.org.tr/en/download/article-file/1033923

The propagation of this two-nation theory is credited to Muslim leaders like Sir Syed Ahmed Khan, Jinnah, et al. The establishment of Pakistan was solely based on Muslim identity, while the establishment of India was based on the idea of secularism. In contrast, some Muslims supported the idea of a united India, including Abdul Samad Khan Achakzai, Khan Abdul Ghaffar Khan, Abul Kalam Azad, and Altaf Hussain. In the end, certain politicians decided the fate of crores of Indians. Sadly, many innocent people, especially Hindus, suffered indiscriminately, because of this.

However, one must wonder what spawned the ‘Two-Nation Theory’? The answer- Quran is the true source of the idea. It doesn’t seem conceivable that a group of believers can propagate the same idea without precedence.

A fundamental premise of the Quran is that Muslims are to rule over Kafirs. The Muslims must understand that there is no brotherhood between Kafirs and Momins.

The believers are but one brotherhood, so make peace between your brothers. And be mindful of Allah so you may be shown mercy.[2]https://quran.com/en/al-hujurat/10 (49.10)

“Indeed, those who disbelieve (talking about the kafirs) in Our verses – We will drive them into a Fire. Every time their skins are roasted through We will replace them with other skins so they may taste the punishment. Indeed, Allah is ever Exalted in Might and Wise.”[3]https://myislam.org/surah-an-nisa/ayat-56/#:~:text=(4%3A56)%20Surely%20We,%2DMighty%2C%20All%2DWise. (4:56)

“Kill the mushriqeen (pagans, polytheists, kuffar) where ever you find them.” [Al-Qur’an 9:5]

Islamists and defenders of Islam always claim this verse is deliberately misconstrued and can only be applied to war and a battlefield. In the recent spate of ‘Sar Tan Se Juda’ and killings of Kashmiris, were these instances of battlefield or war? There is only one answer, and that is to spread ‘the message of Deen’, regardless of the circumstances.

In Islam, Muslims are told to be friends and brothers with other Muslims, but not with a Kafir. If they do befriend a Kafir, then it must be a false one.

The believers may not take the unbelievers for their allies in preference to those who believe. Whoever does this has nothing to do with Allah unless he does so in order to protect himself from their wrongdoing.[25] Allah warns you to beware of Him for it is to Allah that you will return.[26] (3:28)[4]https://myislam.org/surah-imran/ayat-28/#:~:text=(3%3A28)%20The%20believers,Allah%20that%20you%20will%20return

Islam has never offered brotherhood or peace to others, and it never will. The message of Islam is that Muslims will rule the world, and Kafirs will be punished.

But those who break God’s covenant after its solemn binding, and sever the bonds God commanded to be joined, and cause disorder and corruption on the earth – such are those for whom there is a curse (exclusion from God’s mercy), and for them, there is the most evil abode. (Quran 13.25)

And (if they still persist in unbelief and hostilities) fight against them until there is no longer disorder and oppression rooted in rebellion against God, and the whole of religion (the full authority to order the way of life is recognized) for God exclusively. If they cease (to persist in unbelief and continue hostilities toward the believers), then surely God sees well all that they do. (Quran 8.39)

This implies that the land belongs to Allah and his followers, and Kafirs have no right to be here.

And an announcement from Allah and His Messenger, to the people (assembled) on the day of the Great Pilgrimage,- that Allah and His Messenger dissolve (treaty) obligations with the Pagans(Mushrikeen). If then, ye repent, it were best for you; but if ye turn away, know ye that ye cannot frustrate Allah. And proclaim a grievous penalty to those who reject Faith (Kafaru). (Mushrik and Kafir treated as same). (Quran 9:3)

It’s important to understand that in Islam, there are no criminals, but only Kaafirs are worse than criminals or are zaalim.

And who does more wrong than he who is reminded of the Ayat (proofs, evidence, verses, lessons, signs, revelations, etc.) of his Lord, then he turns aside therefrom? Verily, We shall exact retribution from the Mujrimun (criminals, disbelievers, polytheists, sinners, etc.) (Surah As-Sajdah 32:22)

By hook or crook, Muslims will practice greater Jihad with the goal of spreading Islam. In this way, Allah’s rule will be upheld and nobody will follow the rituals of the Kafirs. Kafirs or non-believers are considered filthy and unclean by Muslims, and they deserve no sympathy.

Believers, those who associate others with Allah in His Divinity are unclean. So, after the expiry of this year, let them not even go near the Sacred Mosque.[25] And should you fear poverty, Allah will enrich you out of His bounty, if He wills. Surely Allah is All-Knowing, All-Wise. (9:28)

For Muslims, it is all and nothing but Allah. There is no difference between Hindus, Christians, Parsis, Jews, Sikhs, Buddhists, or any other religious group. Islam has never been or will ever be a religion of peace, love, or brotherhood. There is only brotherhood among Muslims in Islam, no matter how much the false curtain of secularism might try to obscure it. Since Hindus do not follow an Abrahamic cult, they have to be extra vigilant. Hindus must learn to differentiate and understand the truth behind the whole charade of ‘Hindu-Muslim Bhai Bhai’.