The Day of Resurrection – Is It Feasible? 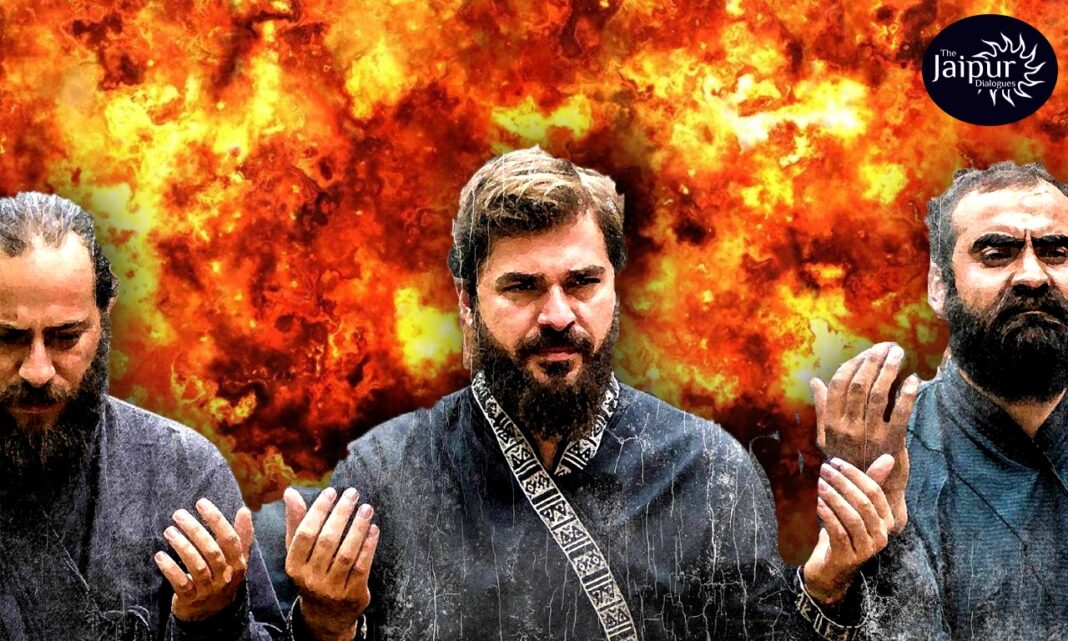 Verily We shall give life to the dead, and We record all that they send before and that they leave behind, and We have taken account of all things in a clear Book [of evidence]. (36:12)
And to every soul will be paid in full of its deeds, and He knows best all that they do. (39:70)

According to Islam, all humans (dead and buried) will return to their original physical form. A time will come when all living beings created by God will cease to exist. In their belief, each individual will be resurrected and judged according to his or her actions.

O mankind! If you are in doubt concerning the resurrection, then, verily, We created you from dust, then from a drop, then from a clot, then from a lump of the flesh [both] shaped and shapeless, that We make it clear for you. And We cause what We will to remain in the wombs for an appointed time, and afterward We bring you forth as infants: then you attain your full strength.

And among you, there is he who dies [young] and there is he who is brought back to the most abject time of life so that, after knowledge, he knows nothing. And you see the earth barren, but when We send down water on it, it thrills and swells and puts forth every lovely kind [of growth].

An individual will be judged based on their life’s actions, according to Islamic beliefs. Heaven will be bestowed on those who perform righteous deeds and actions in life. But if one commits a crime or performs a wrong act, they will enter Hell (also known as Fire). On the Day of Judgment, everyone will know the fate of everyone else. According to them, Fire symbolizes hell, while in Hinduism, Fire is regarded as sacred and pious.

Hell, and Heaven each have different levels. Hell is reserved for the worst offenders (infidels, kafirs, and criminals). Accordingly, those who follow the Quranic principles will be in the highest parts of Heaven.

The Quran mentions it as the Day of Resurrection in Sura, al-Qiyamah. The Muslims believe that Earth will be destroyed, resulting in the end of earthly life followed by the great trial. Boiling seas, darkened sun and moon, and trembling mountains will mark this day.

According to the Quran, after the decomposition of human bodies, Allah will reassemble bones and fingertips on the Day of Resurrection. The fingertips are re-constructed with everyone’s unique fingerprints, as it is easier for Allah to identify them.

Those who receive this record in their right hand will be exalted, whilst those who receive their record from behind will be abased. We know from Hadith that for every person two angels are appointed by Allah to record every action. On Judgement Day even our bodies will bear witness to our deeds.

The Feasibility of the Belief

The above statement is so bizarre that it can be challenging to comprehend. According to science and the natural life cycle, it is anything unrelated and unfeasible. Is it possible to resurrect people who died hundreds of years ago and whose bodies have decomposed after burial? This is all outside the realm of science and improbable since it contradicts the natural cycle of life. The cycle of burial and resurrection will continue ad-infinitum since there is no predicted date of resurrection.

What about those who have died? What happens to their souls? What kind of treatment do they receive? Are they not punished or rewarded? If those souls await the day of resurrection, then what happens during the interim? In general, what is the whole purpose behind the concept of resurrection? When one resurrects all dead people, what benefits can be derived? It is also mentioned that dead people who shall be resurrected will have all their fingerprints recomposed. What is the point of doing this? Is it possible to identify Muslims solely based on their fingerprints? As a result, a new question arises: What about Christians? They, too, are buried. Can they also be resurrected?

Islam is believed to have originated in 610 CE, so what about those who died before then? What about those people who were not enlightened by Islamic teachings before 610 CE? In what way does this benefit the entire world?

It is important to determine the answers to these questions, particularly when Islamic fundamentalists are promoting radical Islamic extremism like never before. It is critical for non-believers to understand this, especially Hindus who have conveniently accepted all purported and twisted lies. In a logical environment, it’s imperative to ask questions about certain aspects that form the foundation of a growing religious cult. For Hindus to not lose this ideological narrative war, they must be aware of what Islam propagates and preaches, i.e., by practicing Shatrubodh. Contrary to falsely concocted narratives about Sanatan Dharam, one should be aware of and counter the fallacies of others’ religious beliefs. By leaving the veil of secularism and not adopting a cowardly attitude, Hindus must awaken themselves from their self-imposed deep slumber.