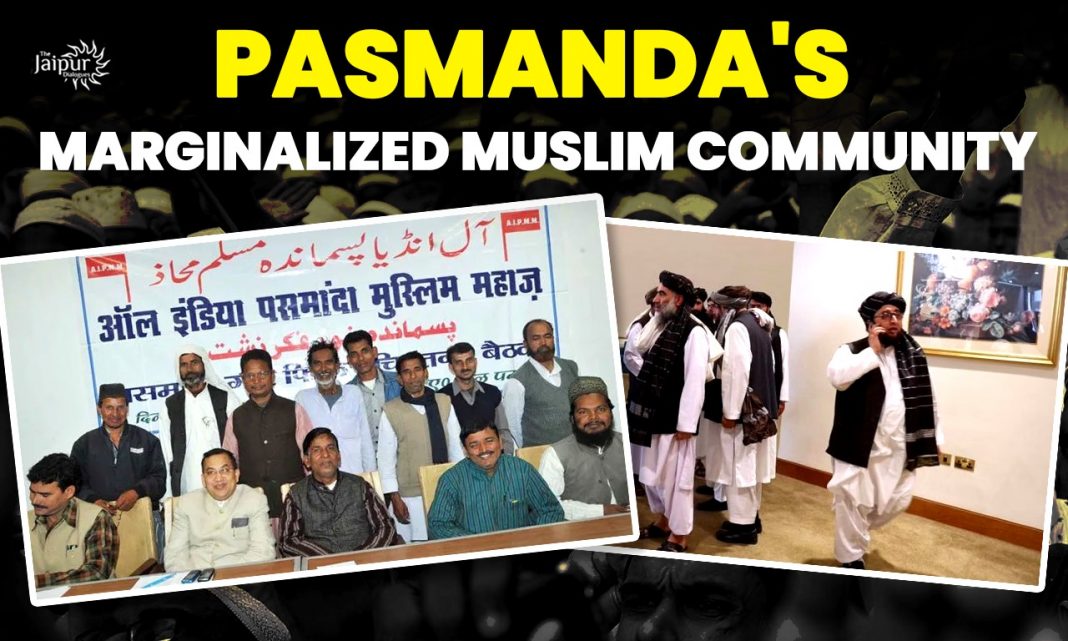 The Islamic society is divided into castes, one which they happily point fingers for, against the Hindus. The deep-rooted caste-based division in the Islamic society has rendered the Pasmanda’s a pariah within their own community. Pasmandas are used as foot soldiers within their own community by the elites or the Ashraf-Maulana class. This is not only pitiable but forces one to look into the deplorable condition of the Pasmandas.

The majority of the Ashrafs who have their own axe to grind against non-Islamists, instigate poison and lie to the Pasmanda’s. Due to limited educational exposure, and harsh socio-economic conditions, Pasmanda’s have been white-washed to act against Hindus. Irrespective of their population numbers and composition, Pasmanda’s have been kept away from assuming significant roles in society and are treated as untouchables. The hypocrisy of the Ashrafs against them is seen significantly in all spheres of life, even inter-caste marriages are strictly prohibited.

‘Pasmanda’ is a Persian word, which basically means left behind. The hierarchy in the Islamic society is highly rigid, where those who trace their ancestry back to Central Asia or native upper-caste converts are at the top, (for example Syed, Sheikh, Mughal, Pathan, etc or native upper caste converts like Rangad or Muslim Rajput, Taga or Tyagi Muslims, Garhe or Gaur Muslims, etc).  The travesty is that even though they just comprise 15% of the Muslim population, they control over 85% of the Pasmanda community.

As per a report in The Hindu, Pasmanda was adopted as an identity to oppose the identity to that of the dominant Ashraf Muslims (forward castes). It was initiated in the year 1998 by the Pasmanda Muslim Mahaz, a group initially focused on Bihar. Gradually, it has found acceptability and gained prominence since then. A common theme in the Pasmanda narrative is that minority appeasement politics has failed to address the basic and existential concerns of the Pasmanda Muslims. This has put the Pasmandas at the mercy of the Ashrafs or the ruling elite.

Pasmandas for long have been demanding their fair share of rights, which’s a given considering the population numbers they have. They have been demanding a caste-based census as well as equal rights, in the name of religion. The discrimination and contempt aren’t limited to political ostracization, but also impacts’ their economic standing. Various important industries like Benarasi saree weavers, carpets from Bhadohi, bangles from Firozabad, locks from Aligarh, etc. will suffer tremendously. These industries and the Muslims working there will suffer due to a lack of subsidies and support.

Recently, PM Modi highlighted the plight of Pasmanda Muslims and highlighted that BJP shall work together to uplift them. He believes that Pasmanda’s have been left out of the system for too long, and deserve equal rights and representation. Pasmanda’s for long have been at the receiving end of the atrocious and demeaning behavior displayed by the Ashrafs. This has got to change as they aren’t merely foot soldiers to fulfill the distorted ambitions of the Ashrafs but deserve their own voice. Recently, the Yogi government 2.0 inducted Danish Ansari into his cabinet of ministers, a departed change from the earlier times. Pasmanda’s have to stand up for themselves and realize that they aren’t mere puppets in the hands of the Ashraf-Maulana class. Leaders like Fayaz Ahmed Fyzie, Amaan Akhtar, etc. are raising their voices to bring a substantial change on the ground. The change has to begin with the Pasmanda’s, to see a perceptible difference.