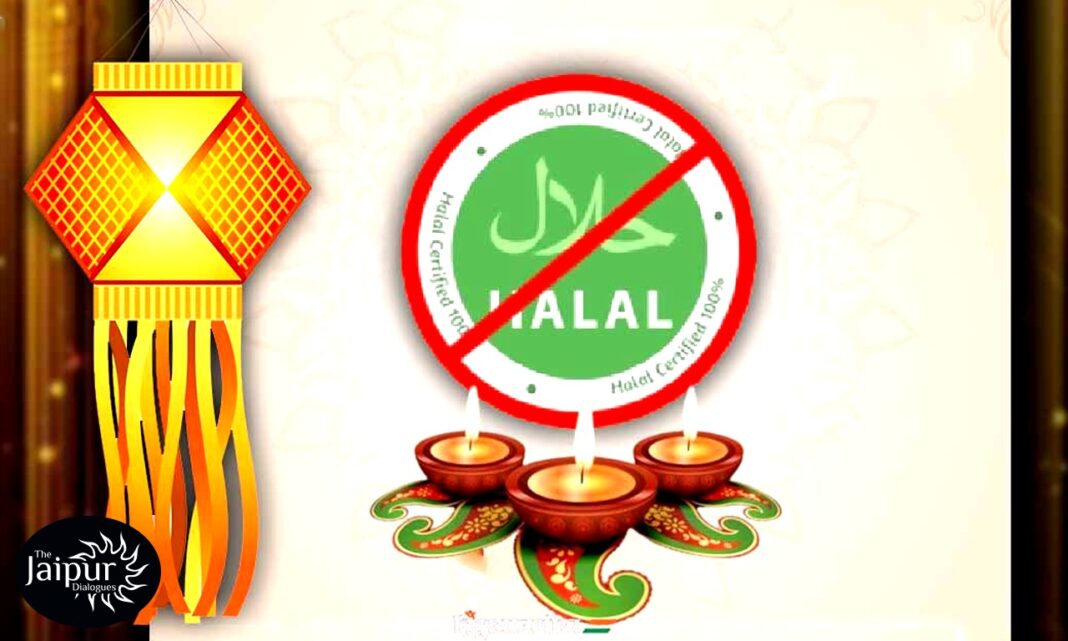 Hindus celebrate Diwali as one of the biggest, most enjoyable, and most special festivals of the year. Diwali is a significant festival from both a traditional and economic standpoint. Every year, people from all strata of society celebrate Diwali in all its splendor and rejuvenate not only themselves but also their surroundings. As a major Hindu festival, people make sure to buy the finest products, both for themselves and for their loved ones. One thing that does happen, though, is that many Halal products are pushed into the fray by taking advantage of the situation. 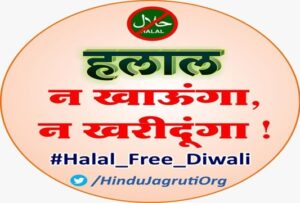 Those who are blissfully unaware of Halal’s negative effects buy Halal products and actively support Jihadism. Halal products are ‘All food that is permissible to eat according to the teachings of Islam is called Halal food. This is essentially any food that does not fall into the category of Haram (or forbidden).

In Islam, all foods and beverages are Halal except for those that were explicitly forbidden in the Quran.

God says in the Quran, (a translation)

' O ' All devout Hindus and patriots are requested to participate in this campaign and fulfil their duty unto the Nation by opposing the Halal economy#Halal_Free_Diwali
हलाल मुक्त दीपावली pic.twitter.com/fvQdEs01b6

There are many reasons why Halal-based products should be boycotted. Whether it is cosmetics, food, clothing, or other spheres of life, Muslims push Halal-compliant products to demonstrate their dominance. Various Halal-based products are also forced on Hindus, mainly because they are unaware and Muslims continue to play the victim card. Islamic communities receive billions of dollars from the Halal economy, fueling their involvement in anti-national Jihadi activities. This money is causing instability across the world. The spurt in love jihad activities, land jihad, and Sar Tan Se Juda are all results of this.

There are several multinational corporations (MNCs) that serve Halal-compliant food, such as Domino’s, Pizza Hut, KFC, McDonald’s, etc. As a result of their policy, Hindus are forced to eat Muslim-compliant food instead of the food they prefer. Hindus must become aware of their rights and not be blind to their own interests. Observing labels, and avoiding Halal meat and cosmetics are the first steps to staying away from the Halal economy. The Hindu community is fighting a war on multiple fronts, such as protecting their dignity, Hindu girls, Hindu children, and their lives. By shedding the cloak of secularism and brotherhood, Hindus can save themselves and their future generations. It’s imperative for Hindus to raise their voices and be heard, similar to how Muslims raise a hue and cry. Diwali is a Hindu festival, meant to be celebrated by the Hindus and not to fill the coffers of anti-Hindu and Jihadi elements.