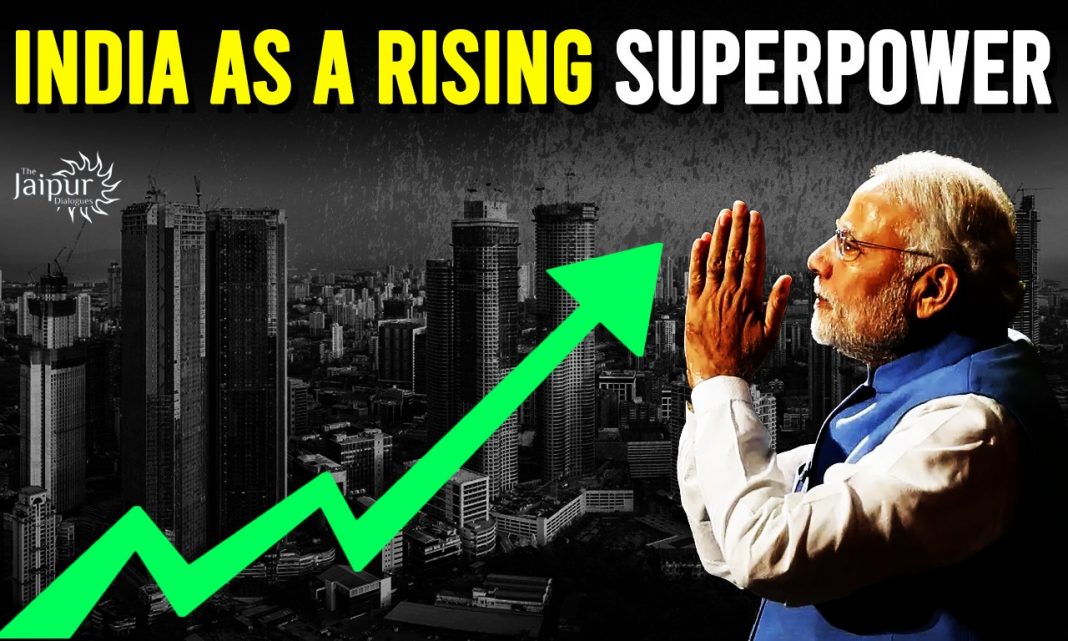 With the rising diplomatic prowess of India due to its slow and steady approach, we as a nation have become a force to reckon with. With the Western powers reaching out to India regarding the current turmoil in Ukraine-Russia, we have a lot of responsibilities on our shoulders.

The dice has been cast. Our previous article analyzed the impact of hostilities on India in the event of an outbreak of war between Russia and Ukraine. It is now a ‘fait-accompli’ situation. In the previous article, the diplomatic dilemma facing India was highlighted as well as the need to balance on a diplomatic tightrope. As far as the ongoing conflict is concerned, India has, so far, maintained its neutral stance despite pressure and counter-pressure. The Russian tilt was evident, despite India abstaining from the crucial UNSC meeting that condemned and isolated Russia. A resolution is also proposed to be passed in the UNGA. However, India’s position would remain unchanged. The nation has been able to manage the diplomatic fallout successfully due to the intense diplomatic initiatives of the Prime Minister and our EAM, S. Jaishanker.

The US commented, following India’s abstention from the UNSC vote, ‘we understand India’s ties with Russia… that’s OK’. The western world and Ukraine are now appealing to the Indian government to ensure an end to any hostilities and a resumption of dialogue because of these very relations and the leverage India has with Russia. The majority of the countries are optimistic that Modi and Putin’s personal chemistry can be leveraged to end the war that is causing immense misery to the Ukrainian people. Russia has very clearly and unequivocally appreciated the principled stand of India in the UNSC, the statement released by Russia underlining the ‘spirit of the special and privileged strategic relationship’ has further ignited hopes of the western world that the good offices of India should be used to end the ongoing conflict.

It is heartening to note that both the Russian and Ukrainian Presidents have urged Prime Minister Modi to end the conflict and have sought Indian support. Nonetheless, it can be said here that in comparison with the rock solid support extended to India by Russia during its hour of crisis, the position of Ukraine in the U.N. and other world forums has been largely antithetical to our national interests. As a mainstay of its armored forces, the Pakistan Army relies on Ukrainian T-80 UD or the ‘Al-Khalid’ Main Battle Tanks. From a moral standpoint, India has no obligation but to extend a helping hand to Ukraine since we are fellow democracies. What is more amusing is that the NATO countries, whose grouping Ukraine was eager to join have also completely abandoned Ukraine in its hour of crisis. These countries, including the US, are only making noises and passing useless resolutions instead of extending solid support to their ‘Friend’. Putin, a former Colonel of the KGB, seems unfazed by these western tantrums. Vladimir Putin is a very strong man and a patriot at heart. He stands in stark contrast to Joe Biden who has weakened the credibility and position of the US as well as the NATO. Which is now rightfully viewed as a paper tigress. The US rout in Afghanistan and its volte-face in Ukraine have now become the butt of jokes, worldwide. Forget about a mighty nuclear and military power like Russia, even much smaller countries are taking the US for granted, and that’s a mighty low down in its status.

When viewed in this light, it is not much about the effects of western pressures or any retaliatory threat that should concern us, but our own interests that should now inspire us to come out of any diplomatic lull and take a more proactive role in ensuring an early end to the raging conflict. Now it is time to engage pro-actively with both Ukraine and Russia in order to negotiate an armistice as soon as possible. India’s international stature as a major responsible power would greatly rise if a conflict were settled early with an Indian imprint. That would ensure that we have the best of both the worlds.

A prolonged war will cause the world economy, already struggling with the effects of a pandemic, to fall further into darkness. It is especially true for India, where exports registered a 23% growth YoY as the economy slowly but steadily begins to recover. India will have a difficult time continuing its diplomatic binary in a situation where civilian casualties are high, making it difficult to keep both blocs satisfied if the conflict continues. Indian and global economies would be affected by the economic impact of lingering exorbitant energy prices. The recent surge of western capital inflows into India has boosted its Forex reserves and given a major boost to the country’s innovations in tech startups. Many new-age companies in India are witnessing robust growth and making a positive contribution to employment creation, which had suffered a massive setback after the COVID lockdowns. This can be attributed to liberal investment from Western PE investors.

Furthermore, a continuation of conflict would strengthen Sino-Russian relations, wherein Turkey and Pakistan would also be included, along with Iran. For India, this would be inherently dangerous. In the event that India sticks to the Western line and antagonizes the Russians, the impact will be seen in Chinese behavior. Similarly, a strong leaning towards Russia could see the flight of western capital from India as well as shutting off of high-tech technology tap; slapping of sanctions could also be a possibility. It is critical that we immediately begin strong and definite efforts to end the conflict. We must use our good offices with the Russians and make clear the dire economic implications in the long run that would affect both partners’ vital interests.

At the same time, India must work harder to make Western powers understand that the current war is purely perception-based. Russia’s security concerns can only be addressed through genuine engagement, rather than punitive sanctions. Dragged-out conflicts are not in anyone’s best interest. Russo-imposed sanctions resulting in the cutting off of gas and oil supplies to Europe could cause an economic crisis in Europe that would negatively impact the global economy.

In order to restore peace, India has a major responsibility to respond to the situation. Time will tell if we can do the same to the best of our abilities.