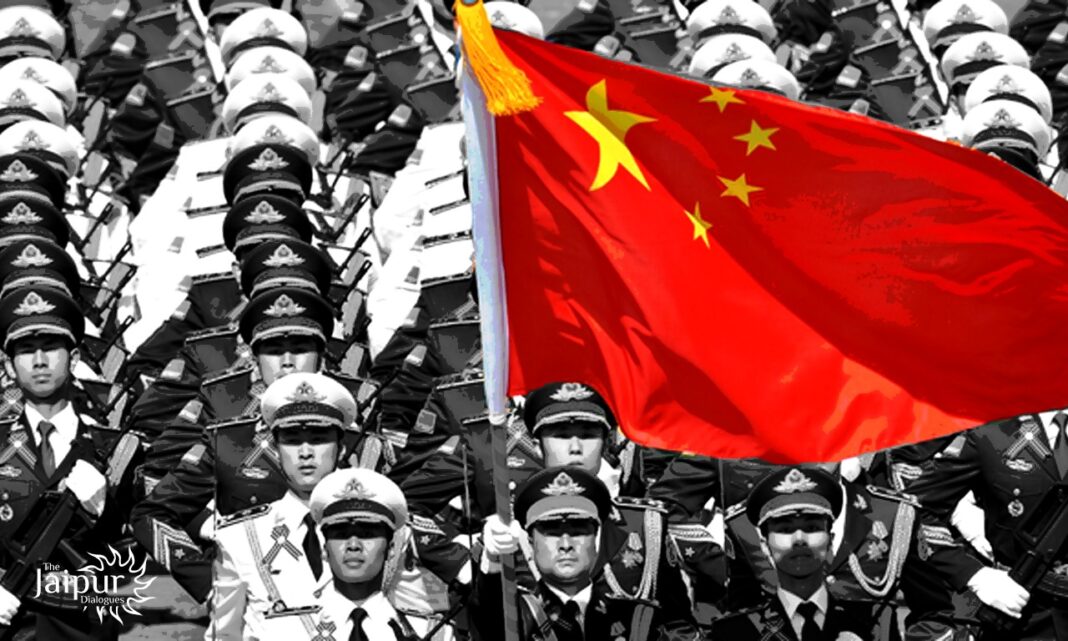 The term “colour revolution” has its roots in protests that toppled unpopular regimes in former Soviet states and the Middle East since early this century. Colour revolutions are street level uprisings which have led to regime change in supposedly democratic but actually authoritarian states. They are called colour revolutions because protesters wore a particular colour in the protests. 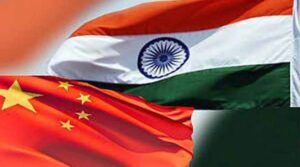 It seemed out of place when Xi Jinping spoke of  ‘colour revolutions’ instigated by ‘external forces’ during the SCO meet. He asked member states to maintain strategic independence and safeguard regional stability. He also said  ”We should guard against attempts by external forces to instigate colour revolutions, jointly oppose interference in other countries’ internal affairs under any pretext, and hold our future firmly in our own hands”.

A couple of days later, China’s Public Security Minister Wang Xiahong urged security forces to uphold stability ahead of the National Party Congress in an article of a major communist party journal. He warned law enforcement to stay alert to the risk of “colour revolution” ahead of National Party Congress next month. He stressed  on the importance of loyalty to President Xi Jinping and the leadership. He urged  law enforcement agencies to “clear risks” and “maintain stability” , “prevent political security risks first” “coordinate efforts within and outside the country, online and offline, and carry out in-depth anti-infiltration, anti-subversion, anti-terrorist and anti-secession struggles to vigorously safeguard the security of state power, institutions and ideology”.

Very interesting indeed. It cannot be a coincidence that Xi Jinping speaks of something one day in an international conference and two days later his Public Security Minister speaks of internal threats in the same vein. 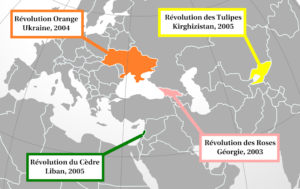 Xi’s statement indicated a Chinese apprehension and anxiety that the West and in particular USA could stoke pro-democracy and human rights activists in China to undermine his rule. To a large extent the situation in China is ripe for a colour revolution. Zero covid has brought misery to people’s daily lives. Lockdowns and the repression which goes with it has wrecked livelihood and the economies of people at large. The Shanghai lock down brought out the worst of China’s zero covid policy and crashed Xi’s ‘victory over Covid’ declaration to the ground. It highlighted the lengths which the CCP was prepared to go to shore up its incompetence. It exposed China’s hollow boasts about its useless vaccines. After that lockdown many other cities have gone in to lockdown and Chinese people have suffered at large and are continuing to do so. Chengdu went into a lockdown on 01 Sep. It is just about coming out of lock down. However not much news has filtered out. That’s because the only thing which seems to have improved in this period is the reprehensive Chinese censorship apparatus.  My Pet Chinese Monkey claims that the Chinese have universally high IQ…much higher than Indians.  If that be so, the high IQ Chinese people would have realised that Xi Jinping has rendered them all defenceless and put them at risk of widespread disease/death due to Covid because of useless vaccines. Alternately he has put them all at economic ruin and loss of livelihood through extensive lockdowns. If I were one of the high IQ Chinese people, I would show two fingers to XI Jinping and join/instigate a colour revolution since I am squarely between the devil and the deep blue sea without an insurance policy. If I were XI, I would apprehend that a colour revolution is a reality.

However that is not the only reason for a colour revolution in China. The developed world has started considering China as a systemic rival. Xi’s hard left policies have converted a thriving and growing economy into a sluggish one. Export momentum has slowed  and factory activity has shrunk. When multi storey buildings are brought down, common people resort to demonstration to retrieve their hard earned money from banks, when borrowers  en-mass refuse to pay up mortgages, when there is constant food hoarding in house holds due to impending lockdowns, when the sick and aged are denied treatment due to movement restrictions, when expats start leaving the country, when fatal crashes occur due to Covid controls and when youth feel despair due to lack of jobs/opportunities and feel that that they are in a ‘helpless mood’ and ‘everything is unknown’….a colour revolution is on the cards. On top of it , the UN says that there are humanitarian crimes being committed by the state and about a million are under illegal detention in re-education centres. All this is compounded by earthquakes, a severe drought and typhoons which forbodes a catastrophe  descending on China due to Climate Change. The response to all this is debt fuelled infrastructure which is at best risky but downright foolish. At the core,  the social contract between the  1.4 billion people and the Communist Party of giving prosperity and security(s) to people in return for their freedom is frayed. Under such repressed conditions, one does not need USA or any outside force to instigate colour revolutions. All one has to do is look in the mirror if you are a Chinese ruler and the answer will stare at your face.

However it needs different look also. Off late there have been many top officials expelled from the Communist Party. Some have been executed . The reasons attributed to such extreme punishments  have been  corruption, immorality and extremely distorted view of power of these officials. However when one zooms out in time and space, to see the larger picture, it pops out that  nearly 5 million ‘members’ have been caught in Xi’s and Communist Party’s anti-corruption drive over the past decade. This is not an anti-corruption drive but a ‘ruthless and relentless ideological campaign aimed at consolidating power by crushing political rivals and strengthening control over all levels of society’ as per a SCMP report. In common parlance it is called a ‘Purge’ normally associated with authoritarian regimes and definitely with Communist ones.

In these conditions, if Xi is aiming to further solidify his power by securing an unprecedented  third term and anoint himself as leader for life; he is depriving many aspirants for his post! There will be political opposition from many future Xi Jinping’s. They have to be uprooted through a leadership shake-up . In a society which drips with corruption, there is a limit to which ‘corruption’ can be used as an excuse for a purge. Overuse of ‘corruption’ as a cause belli for a purge might end up as a cause celebre to  instigate a colour revolution in a situation where China is ripe for a ‘colour revolution’ otherwise. Hence when the Public Security Minister exhorts security agencies to focus on preventing and resisting ‘colour revolutions’ it makes a lot of sense. He is using ‘colour revolution’ to start a purge to prevent a ‘Colour Revolution’ so that Xi Jinping becomes the uncrowned king for life. Xi Jinping is pointing his finger at USA and the West, but is actually pointing a gun at his opponents head! What do you call this? The game of Chinese Thrones?

As an Indian and a concerned citizen of this world I view it differently. Malevolent Chinese machinations, when conflated with the perceived colour revolution tells me something else. If there is a ‘colour revolution’ in China – whatever the reason – a decline is imminent. If Xi Jinping purges his opposition, and becomes the uncontested king without any semblance of an opposition, he will hasten the decline which has already set in. If there is no purge Xi Jinping will be a king constantly under threat from the unpurged opposition and the spectre of a ‘colour revolution’ will always colour the horizon. In that case he will weaken China further. Whichever way it goes, the colour revolution imaginary, real or contrived  is all set to take China down the slippery path.

Many who read this might contend the fact that China is declining. Well consider this. The average number of graduates who enter the job market in China has been around 10-11 million annually. In the last 3-4 years, the number of births in China has been around 10-11 million babies. The college enrolment rate is around 50% in China. In the next generation, China will either not have so many educated people or not have so many skilled people. If this is not a decline…what is? The Chinese decline is for the real and palpable…time for India and the world to look at colour revolutions, Xi Jinping, pet monkeys and high IQ Chinese people differently.

PS:- Truth stings. Don’t miss the braying comment of my Chinese donkey (incidentally he has morphed from a monkey into a donkey)