The Big Military Drift – Delay in Military Projects of India 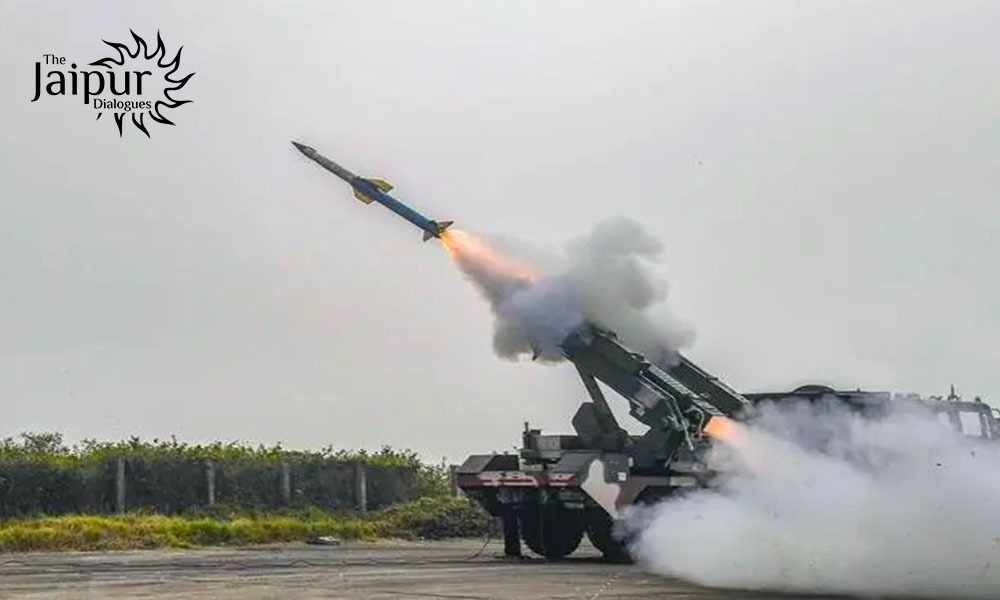 Our erudite External Affairs Minister with his sharp-witted interjections has put many doubting interlocutors in their place. India has overtaken its erstwhile colonial master as the fifth largest economy and is on course to be the third largest by 2030. The world seems to be our oyster. Except that it is not.

The contemporary Indian narrative is one of an emerging power whose economic strides are a beacon of light in the darkness of a global slowdown, inflation, and looming food insecurity.  Tony Abbot, the ex-PM of Australia, calls India,  the democratic superpower ,  the world needs. The global head of Goldman Sachs calls this century as an Indian Century. Heady stuff. Our Prime Minister draws widespread acclaim as an international statesman when he talks of India’s rising role in global affairs. Our erudite External Affairs Minister with his sharp-witted interjections has put many doubting interlocuters in their place. India has overtaken its erstwhile colonial master as the fifth largest economy and is on course to be the third largest by 2030. The world seems to be our oyster. Except that it is not.

The main spoiler in this international oyster show is the Middle Kingdom. The 21st Century was to be a Chinese one.  Where has India popped up from? Hence India has to be put in place. Irrespective of being in a perceptible all-round decline, China is sparing no effort to be the most modern and effective military power on earth. Consequently, it is aggressively leaning forward on the LAC and steadily closing Indian options. PLA actions constantly threaten to force our hand to settle on a LAC on Chinese terms with a proviso of discussion on the future status of Arunachal Pradesh. Make no mistake. Xi Jinping will do everything in his power to destroy India if it comes in the way of his personal glory, the Middle Kingdoms primacy or the CCPs legacy. The PLA threat is now, here and potent.

The ‘$450 million spares for F16s’ from USA to Pakistan should also give us some distasteful food for thought. Our strategic partner is re-arming Pakistan to remind us of our relationship with Russia. If USA can arm Pakistan when the necessity is to give it disaster assistance, we should be ready to continue to receive advice on trade management with China when we might actually need military cooperation. Our quintessential partner Russia is so much into China that it will be fool’s paradise for us to rely on it for any purpose in case of any conflict with China.  It is only the Indian Armed Forces which can stop the Chinese juggernaut. The only way forward is Atmanirbharta. Is all this rocket science? No. It is oft repeated plain common sense. The question then is…why have we sat back on our haunches?  Why is India neglecting its military? Why is the government trying to catch up with Nehruvian times ?

Neglecting the military? Am I talking sense or nonsense? We have just commissioned our indigenous aircraft carrier INS Vikrant and have placed orders for adequate Tejas’, our own indigenous fighter aircraft. Surely, we are on the rise and on course! However, look behind this façade and there is another picture. The planes to fly off the carrier’s deck are yet to be locked in and they do not seem to be indigenous. The indigenous Tejas is not Atmanirbhar for engines. If the tap can be turned on for the F16 spares, it can be turned off for the Tejas engines also. Why are we in this state?

If I have to answer it in one word, it is ‘Leadership’. Make no mistake, we have enough high caliber leaders – Political, Bureaucratic and Military. However, are these brilliant people exhibiting leadership collectively to strengthen India militarily? That is the question. Prima facie my proposition might look askance to the extent of being negative. However, one must grasp the strands to weave the picture.

For a start, there is a lot of churn in the MOD- emphasis on ‘Atmanirbharta’, defence exports, ongoing reorganization of the erstwhile OFB, devolution of research to industry and academia, implementation of the import prohibited list and so on. These policies were welcome when enunciated. However, they are on the verge of hollowness of inaction.  There is no one appointed as Secretary, Defense Production since long. The Defence Secretary is now wearing this additional hat.  To expect him to be effective in this period of path breaking change is wishful thinking. He is not a superman. It is telling adversely on the system.  The officer appointed as the advisor to the MOD has no experience in acquisition or procurement. To expect him to step up to the task is also asking for too much. The largely nonperforming DRDO has been winged all of a sudden with the Secretary being changed mysteriously overnight. Add to all this, the post of the CDS has been left vacant since December. The NSA seems to be the ‘go to’ official in matters military. However, he has limitations of being only a human.  My interaction with those who handle these affairs at the helm, middle and bottom indicates a rudderless drift. It is palpable. One might think that is being harsh. Let’s take a look at some macro projects.

I have always opinioned that the Strategic Partnership model was an unwanted bureaucratic procedure. Now it is compounded by leadership issues. The submarine project under the Strategic Partnership has hit a major roadblock. The fact that we need an indigenous tank for high altitude came forth in 2020 in the Eastern Ladakh crisis. There was news that the high-altitude proven Vajra chassis was being converted into tank. That was good news. Suddenly one hears that the project is dumped after two years, and we are going in for a lighter variety which is available only with Russians! Is this the government concept of Atmanirbharta? Surprising? In fact, incredulous. Is there more than what meets the eye? In fact, even more curious is that ever since the Ukraine war commenced, the general ‘Gyan’ was to reduce dependance in Russia. This move seems to be increasing RussianNirbharta. All said and done.  The day when we will have indigenous submarines or tanks for high altitudes is only getting farther and not nearer.

Talking of Atmanirbharta, everyone was agog with praise, when two indigenous 155 mm guns – the Dhanush and ATAGS were under development. Dhanush recently entered service with fanfare. The feedback from ground is that its firing is very accurate. Its teething problems can be overcome. The major problem is with its production due to some self-erected roadblocks which are of erstwhile OFB heritage. If these cannot be surmounted with the new dispensation, then we are back to square one and the entire OFB re-organization is an exercise in futility. I cannot imagine for my life that the production of Dhanush is halted when there are completely indigenous solutions to its problems. On that I am clear. Is it external influence? Might be. On the other hand, there is a lot of news about ATAGS when it has not yet passed its trials!  It appears to be a competition between two indigenous contenders to edge out the other. This reminds me of the unseemly fight between Covaxin and Covishield in the national media when the vaccines were being rolled out. Ultimately we needed both to kick the Wuhan Virus out of India. Similarly, we need both the Dhanush and ATAGS to keep the Chinese at bay. We cannot do with one alone. Despite this being common knowledge, elements within the government itself seem to be killing one for the other. Vested interests?  Possible. Lack of knowledge? Yes! lack of intent? That is most apparent. Lack of leadership? Definite.

I can go on with other cases. However, these major cases highlight the point I am making of the big drift. Just add to this mess. Our efforts at theatrisation have been undermined internally. Theatrisation, announced so proudly by our PM lies in tatters. The drift assumes dangerous proportions if one considers that the Indian Defence Industry is more interested in orders and is least interested in investing in R&D. If one combines this drift in capability building with the negatives of an un-modified Agnipath, the future is indeed bleak.

Let us not get fooled by the sweet words of Tony Abbot or the head of Goldman Sachs. We can neither be a Democratic Superpower nor can the 21st Century be an Indian one if our military is not capable enough. It takes sustained effort over long periods to build a strong military. If I put it simply. That effort is lacking. India is Aiming Without Arming.  I hope my leadership is listening. India can not go off track. The Indian Military hierarchy needs to get its act together.

I am quite confident that My Pet Monkey will take a customary swipe at the weaknesses I am portraying to denigrate and mock India. I have only one message to such monkeys. It is a measure of the strength of Indian Democracy as alluded by an ex Australian Prime Minister, that a commoner like me can question my leadership and supplicate for redress. I am sure, I will get a positive response also. Try posing such a question to your self-appointed ‘leader for life’ and you will find yourselves without minus some our organs. Then you will not be able to even mouth the expletives you have resorted to in your comments on my articles.  That is the strength of Democracy. It has character. Anyway, none from the CCP mold will understand all this. That is why the 21st Century is turning slowly and steadily from a Chinese one to an Indian one.