Gyanvapi Verdict – Road Towards Victory Is Paved For Hindus 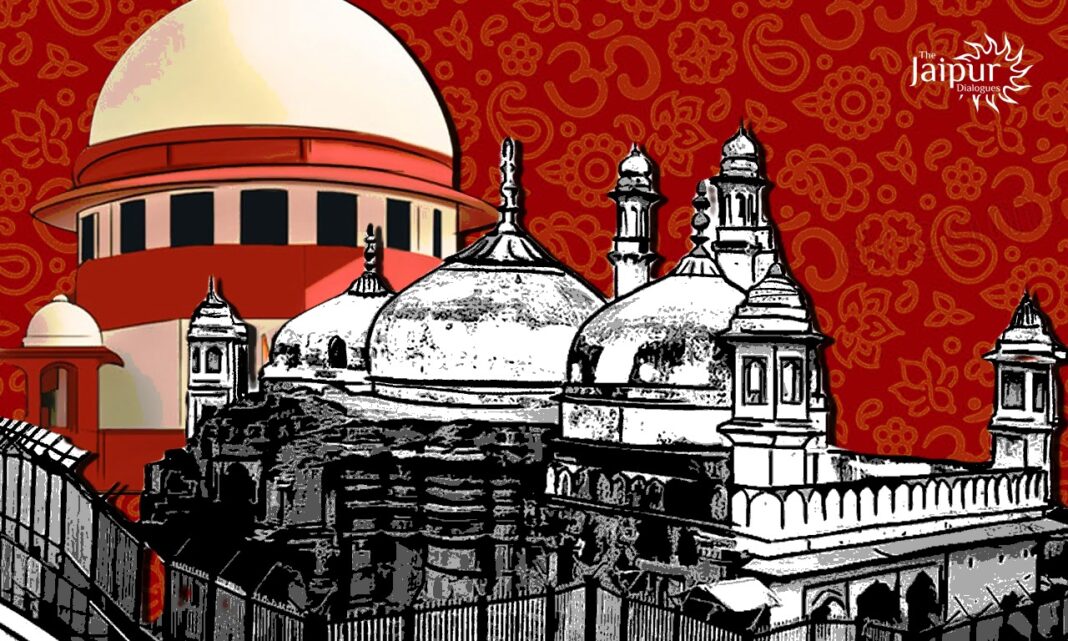 Hindus in the country, who were intentionally harassed and prevented from worshiping Shivlinga at Gyanvapi, have had significant relief. India’s secular politics have caused Hindus to lose their places of worship to Muslims who illegally claimed them. As claimed by the Anjuman Masjid Committee yesterday, Judge Ajaya Krishna Vishvesha ruled that the suit filed by the plaintiffs was not barred by the Places of Worship Act 1991, the Waqf Act 1995, and the Uttar Pradesh Sri Kashi Vishwanath Temple Act 1983.

My hunch is that it's only the first round – the Gyanvapi mosque discovery will now open a Pandora's box of more cases of destroyed Hindu temples: Sanjay Dixit, The Jaipur Dialogues 👉 https://t.co/EeucOy3nx6#SanjayDixit #Gyanvapi pic.twitter.com/qh4gn7PYrS

On its part, the court rejected the defendants’ argument regarding their questioning the petition seeking the right to worship deities on the wall surrounding the Temple. Gyanvapi -Shringar Gauri case verdict delivered by the Varanasi court is a major victory for Hindus. In light of the verdict, the Hindus can now seek an ASI survey of the premises and carbon dating of the Shivling discovered within the premises’ “wuzukhana.”

The Muslim side stated the following against the Hindu side, “In this mosque, the common Muslims of Varanasi city and the nearby area have been offering Namaz of five times and Namaz of Eid & Jumma without any interference. The Parliament enacted the Places of Worship (Special Provisions) Act, 1991 in the year 1991. In this Act, it has been provided that the places of worship will remain in the same position in which they were on 15th August 1947 and regarding such places of worship, no suit will be maintainable in any court. Further, in 1983, Shri Kashi Vishwanath Act, 1983 was enacted in Uttar Pradesh.

In this Act, it has been provided that Board of Trustees will be created which will look after Shri Kashi Vishwanath Mandir and all Gods and Goddesses in its compound”. The Muslim side claimed that such suits are barred by the Places of Worship Act, 1991.

The Court made the following five key observations:

The Court ruled the following post-hearing the Hindu side; “In the present case, the plaintiffs have claimed relief that they should be allowed to worship the deities of Maa Sringar Gauri and other Gods and Goddesses in the disputed property but such relief is not covered under Sections 33, 35, 47, 48, 51, 54, 61, 64, 67, 72, & 73 of the Waqf Act. Therefore, the jurisdiction of this court to entertain the present suit is not barred. Therefore, I have come to the conclusion that the bar under Section 85 of the Waqf Act does not operate in the present case because the plaintiffs are non-Muslims and strangers to the alleged Waqf created at the disputed property and the relief claimed in the suit is not covered under Sections 33, 35, 47, 48, 51, 54, 61, 64, 67, 72 & 73 of the Waqf Act. Hence, suit of the plaintiffs is not barred by Section 85 of the Waqf Act 1995”.

We will always be grateful to those who stood up for Hindu rights and to the lawyers Vishnu Jain and Harishankar Jain. Throughout history, Hindus had been intentionally excluded from their sacred place of worship because of distorted and secular politics. In relation to the Places of Worship Act, Islamists intentionally presented a convoluted viewpoint that was quickly squashed. Hindus have to fight hard for their rights to worship on their own land, which is a sad reality. Illegal Muslim claimants are at the fore due to deliberate misuse and distortion of facts. The verdict, however, has given Hindus hope and a sense of victory. This will not only free Hindus from all the injustices of the past but give them strength and bolster their efforts.