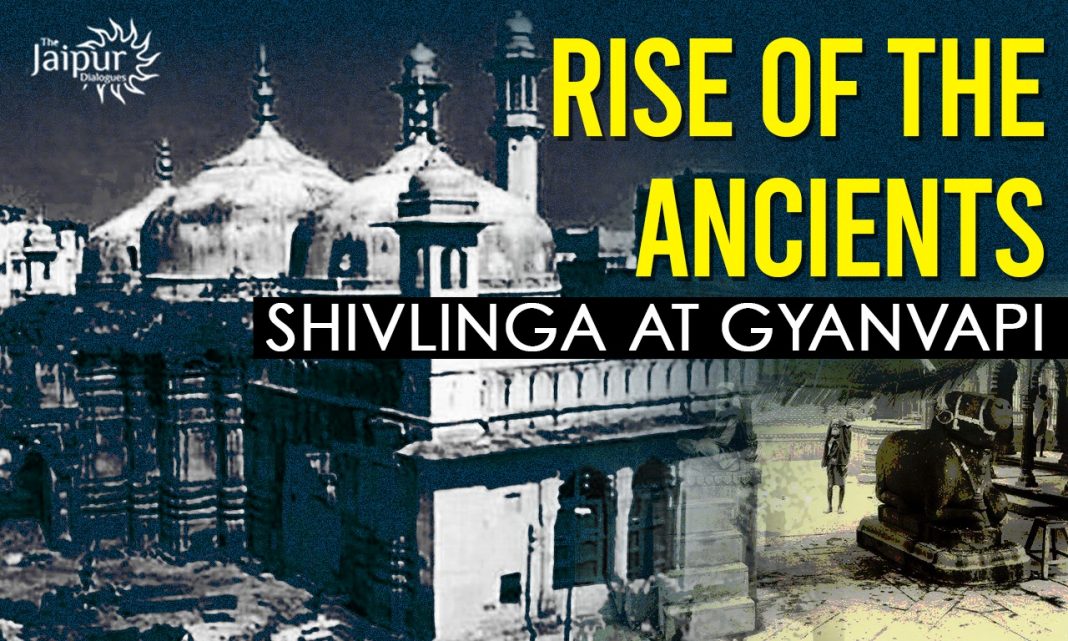 With the recent survey finding a huge Shivlinga at the Gyanvapi site, it proves the vehement denial of Muslims, was nothing but a cover up for their farce. Hindus need to unite and fight for their own identity, just like our ancestors did.

“Truth never damages a cause that is just.”- Mahatma Gandhi

Mahatma Gandhi’s quote above is true for the present scenario. The unearthing of Shivlinga at the site of Gyanvapi mosque is not only a just cause but also one that is long overdue. It is a moment of joy and pride for Sanatanis worldwide, and why not? Now, centuries of injustice and Islamic brutality perpetrated against Hindus by tyrannical Mughal rulers are being corrected. Gyanvapi is generally translated as Gyan- Knowledge, and Vapi- Well, which means Well of Knowledge. What is the connection between Gyanvapi and any Islamic language? Muslim claims that the mosque was the original place of worship does not hold any water.

Therefore, the Islamic invaders’ continued relentless attacks are no doubt indicative of their hatred of idolatry. It all began with Qutb-Ud din Aibak, who attacked the temple in the 12th century. Though he broke the peak or Shikhar of the Mandir, Puja was still performed there regularly. The temple was again attacked and invaded by Sikander Modi during his reign from 1489 to 1517. Aurangzeb perpetrated the most vicious and abhorrent attack in 1669. The current Mosque was built after the temple was destroyed. But the mosque still resembles a temple with its columns and foundation.

It wasn’t surprising that our secular brigade conveniently whitewashed all the sins of their beloved tyrannical Aurangzeb. Unfortunately, Romila Thapar, Irfan Habib et al were unable to erase the Farmans issued by Aurangzeb to destroy the temple. According to Maasir-i-Alamgiri, Aurangzeb issued a ‘farman’ decree on April 9, 1669. The decree stated“to governors of all the provinces to demolish the schools and temples of the infidels and strongly put down their teachings and religious practices.”

An account of the destruction appears in the Varanasi Gazetteer of 1965. Aurangzeb issued a farman to his governors on April 9, 1669, commanding the destruction of Hindu temples and schools in Kashi. (Varanasi). The Naga Sadhus attacked Aurangzeb’s army when his intolerance, barbarism, and atrocities increased. Naga Sadhus ravaged Aurangzeb’s army, leading to a humiliating defeat for the latter. This shameful defeat of Aurangzeb’s army has been mentioned in G. Lochtefeld’s book The Illustrated Encyclopedia of Hinduism.  Lochtefeld wrote in his book, “The battle was reportedly fought in Banaras by the Naga ascetic warriors of the Mahanirvani Akhara. According to a handwritten book in the archives of the Akhara, the soldiers of the Akhara won a major victory near the Gyanvapi well in 1664.”

Kashi Vishwanath Temple complex was rebuilt in 1780 thanks to Ahilya Bai Holkar, a valiant and visionary leader of Indore. Hindus performed puja and prayers at the temple next to the mosque.

Muslims opposing the survey of the premises and the meltdown experienced by some politicians indicates that they know the truth. Mehbooba Mufti said, “They are after all our mosques. They are after the Gyanvapi Mosque now. Our God is wherever we worship; give us a list of all mosques you are eyeing…” “Would everything be okay when they take all of it?”

In this case, Mehbooba Mufti would do well to clarify a couple of points. First, wasn’t it an infringement of Hindu rights when Aurangzeb ordered the destruction of the Mandir to build a mosque? Second, if they were sure the mosque was there, why was there a big fuss about stopping the survey? Third, she makes the claim that her god is wherever they worship, so is she signaling and justifying Muslims performing unauthorized Namaz wherever they please? Isn’t that a violation of the civil liberties of non-Muslims in India?

Joining her league is none other than Asaduddin Owaisi who said “I have lost a Babri Masjid. I don’t want to lose another mosque.”  He said that he lost Babri Masjid because he knew he stood on the wrong side of history. As such, Babri Masjid was nothing more than a symbol of Islamic dominance, torture, and violence. Similarly, it has to do with a fear of being exposed, since the truth always comes out.

Where idolatry is considered worse than carnage, killing and torturing people for worshipping idols is considered a lesser sin. And who is better qualified to justify it than Aurangzeb? In his relentless and savage attacks against non-Muslims, he demonstrated that he was a megalomaniac who hated non-believers.

During a recent survey, an enormous Shivlinga was also found in the disputed Gyanvapi premise’s Wuzukhana. Shivlinga was discovered when the water was pumped out of a pond-like well (Vapi). Muslims use this pond as Wuzukhana. So what exactly is a Wuzukhana? Wuzukhana is a place where the Namazi’s wash their hands and feet before praying. It is a significant practice in Islam because this is where they clean their bodies of dirt before offering Namaz. Do you not think it is deliberate that Muslims washed their dirt where they knew that Shivlinga existed?

In order to impose their suzerainty over us, Muslims have repeatedly destroyed the places of worship we venerate. As the ancients rise, the brutalities of the past will soon be revealed. For too long, Hindus have been denied justice under the guise of Peaceful Secularism. It’s time that the Hindu identity is reinforced.