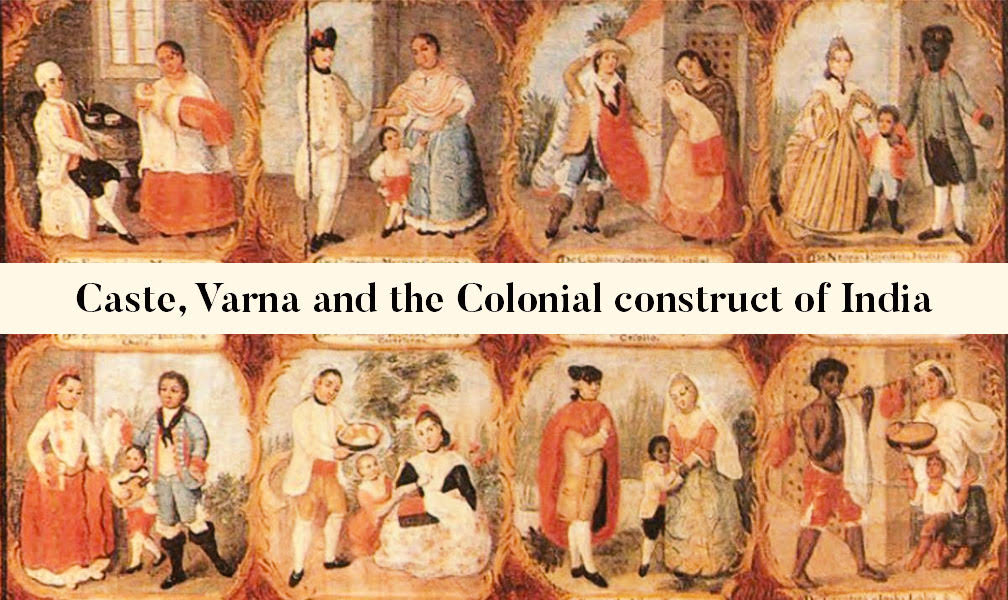 India has not had any indigenous ruler ruling the country for almost the last 1000 years. The Islamic invasions started in the 7th century which managed to get a hold of the continent by the period of 12th century and lasted till the 18th century when the British took over the baton from the ruins of the Mughal empire defeating all the local rulers and the only pan-Indian ruler, the Marathas.

The Islamic invasions although ruined the fabric of the society and burnt the educational and religious places of Hindu and systematically persecuted them, the Indian society still kept itself more or less together. What the 150-year rule of the British did to India was even more dangerous. It projected India as a land of superstitions, which had no scientific temper and was a poor backward society that needed to be civilized by Britain which gave rise to the discourse of ‘White Man’s burden’.

The British while ruling India needed to segregate the society for the simplicity of governance. For this, they invented this colonial construct of caste. The word caste has no synonym in any Indian language. It is derived from the Portuguese word ‘ Casta’ which was used to describe the term ‘Jati’ in the Indian sub-continent. The British later on started classifying the different Jatis in Varna’s from the decennial census from 1901.

The term Jati in India was very fluid and when people migrated from one place to another they also changed their profession (Jati), along with which they also changed their Varna. The birth-based Varna system was never a part of India until the advent of the Europeans. Chapter 4, Verse 13 of the Shrimad Bhagwat Geeta clearly states- “चातुर्वर्ण्यंमया सृष्टंगुणकमववर्भागश: | तस्य कतावरमवि मां वर्द्ध्यकतावरमव्ययम्||”. This means all the Varnas are merit-based. There is also a reference in Mahabharat where Yudhishtir says, Varna is based on your character, with change in your character you can change your Varna. In Bhagwat Puran 7.1.1, it is stated that- Varna is based on your Karma or your merit and abilities and not on your birth. In Rigveda, 10.90, the Purush Sukta states that there’s Purush (meaning Parmatma) in each one of us.

The early historic references also talk about a class-based and not caste-based society in ancient India, in the Vedic society too, there are clear references that the Varna system was based on merit and not on birth. The Arthshastra also talks that if a woman has 4 sons, all of them can be of different Varna based on their merits. In India, there have also been references where the rulers were not Kshatriya’s or Brahmins by birth. The Satvahanas which ruled Deccan for a larger part of medieval history were said to be Shudras during their birth and elevated themselves to Brahmin Varna based on their merit. This indicates the fluidity of Varnas in Indian society. Historical scholars like Megasthenes who wrote the Megasthenes Indica claimed that there were no Varnas in the Indian society, but it was largely divided into 6 professions (which could be called a Jati). Later age
traveler Hieun Tsang also did not claim any rigid Varna system in his travel diaries to India.

The problem of this Varna and Caste is largely traced to the European rule and the
deindustrialization of the Indian subcontinent carried out by the British. India which was
contributing to almost 30% of the world’s GDP and around 25% of global manufacturing in the 18th-19th century, was left to around 1.4% of Global GDP by the time of the 1st World War. Such sudden decline of the country led to a position where the indigenous industry was completely swept off and there was no conscious attempt made by the British to Industrialize India or to create jobs. This further led to declining resources and increasing competition. This drain of wealth from India completely destabilized the social structure of the country and the powerful people managed to get the means of wealth while the lower strata of the society were further pushed back into poverty.

When the British conducted the census of 1872, they failed to understand the complexities of Indian society. During the census, the condition was such that most Jatis did not even know which Varna they belonged to. Based on his understanding of the 1872 Census, the British administrator Denzil Ibbetson argued that jātis were a social rather than a religious mechanism for those who had converted to Islam also had it. He insisted that varṇa categories of Brahmin, Kshatriya, Vaishya, and Shudra did not correspond to reality. During the 1921 census the British Supretindent for census admitted that in the last half-century, they tried to fit in each caste into specific Varna. If they could not find a true caste, they labelled the people with the name of their occupation.

The 1857 revolt, which came as a shock to the British was also an eye-opener for them to make more effort to prevent Indians from uniting. Based on this, they later brought in changes in military structure too and classified some tribes as martial tribes while some as traitors. Some of the tribals who tried to resist British were classified as de-notified tribes, which were known as criminal tribes. Over, a period, through constant hammering by the British, and the intellectual class of that era being under the hegemony of the West, we started believing in what the British said about us. The subalterns started losing out on their narrative and started believing the West about the origins of their history. Our research declined, we stopped knowing about our history and by the time of our Independence, the British were successful in their construct where every person started believing in the caste system, it became so rigid that it almost became impossible to break it, and the traditionalist also sided with British in creating this narrative that some Castes/Varnas were always supreme while others were always Downtrodden which was far away from the reality

Social stratification is always present in society. We do not live in a Utopian world where everyone is treated equally, where everyone has an equal share in income. It was not possible even at the peak of the socialist period, neither in India nor in any communist country. The basic law of nature is the division of the workforce. Not everyone can be a Doctor or an Engineer or a Scientist, someone would be running a shop, someone would be creating art, someone would be engaged in some NGO. Not everyone can have equal income in society. However, what is important is that everyone should have equal respect. By no way, a job of a sweeper should be treated less important than a job of a Doctor. The other most important thing is, sweeper should not be destined to be a sweeper. He should and can change his status based on merit. The same was the condition of ancient India. People belonged to different Jati’s, which were not rigid. People belonged to different Varna’s which was fluid and based on merit. The colonial construct of birth-based caste and varna that we hold on to so strongly now needs to be seen through the light of Indian history and not through the colonial lenses.